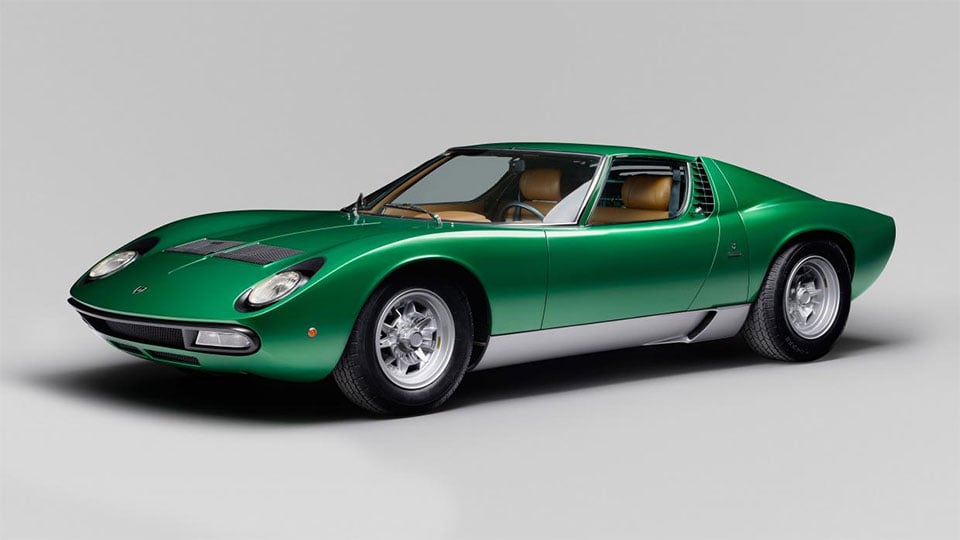 One of the sexiest cars ever made is the Lamborghini Miura. The world’s first look at the exotic pictured here came at the 1971 Geneva Motor Show, and now Lamborghini PoloStorico has restored the very car that was on display at that show. The impeccably reconditioned exotic was unveiled at the 2016 Amelia Island Concours event.

This specific car was on display at the Bertone stand in 1971 and was a pre-production model that subsequent Miura SV cars were based on. This is chassis #4846 in gorgeous metallic green verde metallizata with tan leather.  The paint and interior are as they were when new. The chassis and engine were stripped and rebuilt by Lamborghini. 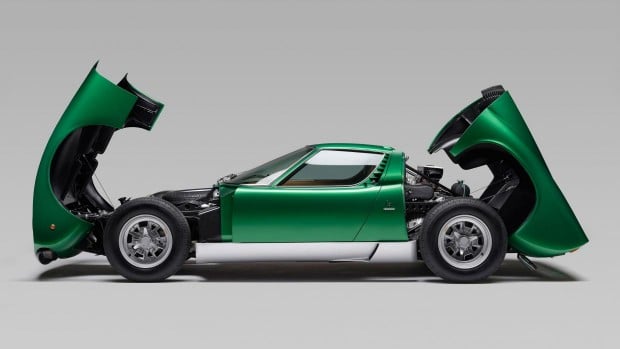