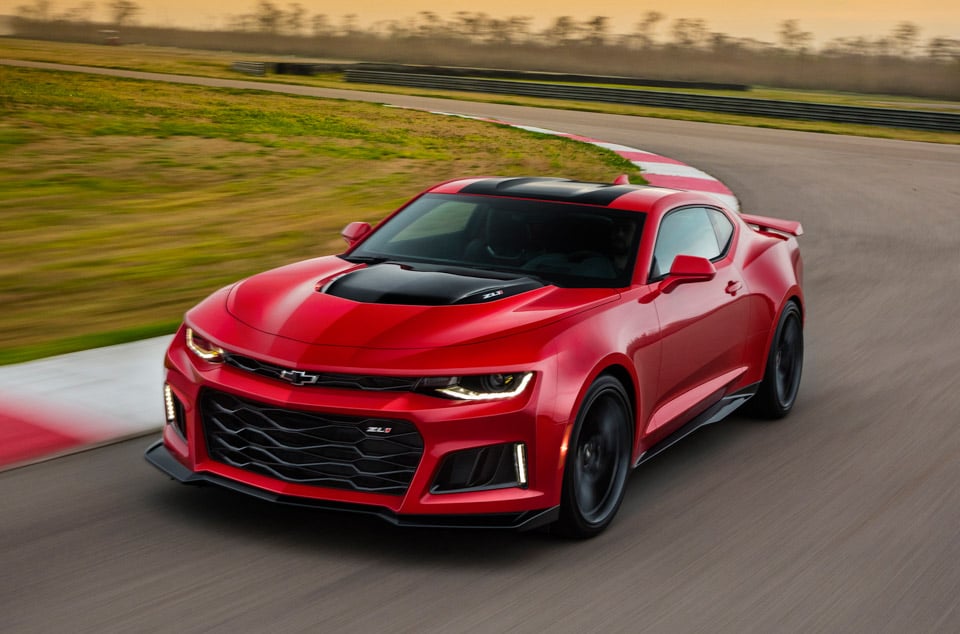 The 2016 Chevy Camaro is already an impressive car, and now Chevy made it just that better, with the official announcement of the performance-oriented Camaro ZL1. I’ve had to bite my tongue about this announcement for almost a week now, after Chevy gave me an up-close look at the new ZL1, and then sent me around Nevada’s Spring Mountain racetrack for a hot lap in one of the prototypes, with Chevy’s Mark Reuss, executive vice president of Global Product Development behind the wheel. All I can say is that it’s bonkers in the best possible way.

The new Camaro ZL1 packs everything that’s awesome about the 6th-gen Camaro – a stiff chassis, tight steering, amazing handling and suspension – and amps it up to 11, thanks to the wonders of supercharging. Roaring beneath the hood of the ZL1 is a 6.2-liter LT4 V8 that’s been supercharged to deliver 640 hp and 640 lb-ft. of torque. This is the same engine found under the hood of the Corvette Z06 and the Cadillac CTS-V. 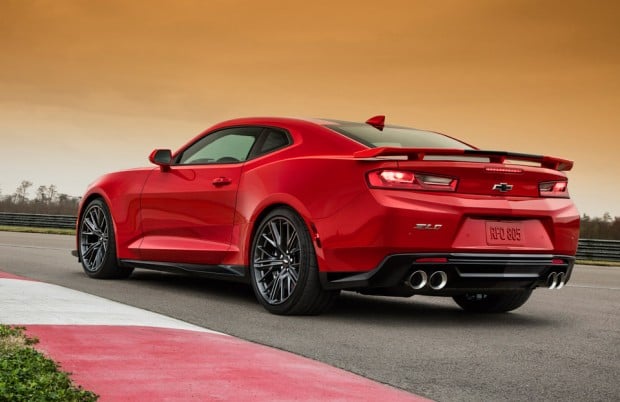 That engine is paired with either a six-speed manual gearbox, or a brand new 10-speed automatic, which performed like a boss as we flew around the racetrack. As much fun as a manual can be, there’s no denying that a quick automatic with tight gearing can beat all but the best pro drivers on the track. Also, while I didn’t get to drive it on the street – Chevy made it clear that they want the ZL1 to not just be a great track car, but one you can drive home every day. 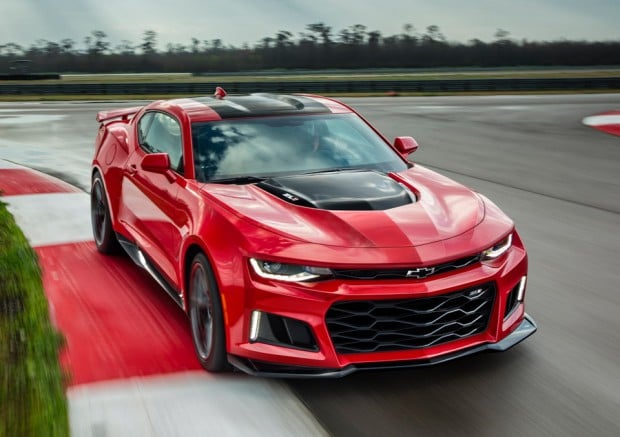 There are also lots of useful aero and airflow bits, including a grille with huge openings that not only serves a purpose, but looks really cool. Even the Chevy bowtie logo has been opened up to allow airflow. There’s a massive splitter up front, a heat extractor on the hood, widened front fenders, and a substantial rear wing to help keep it planted. And judging from my brief experience on the track, those bits all did their job brilliantly. I couldn’t believe how flat we went through turns, and just how much grip we had as we cornered. 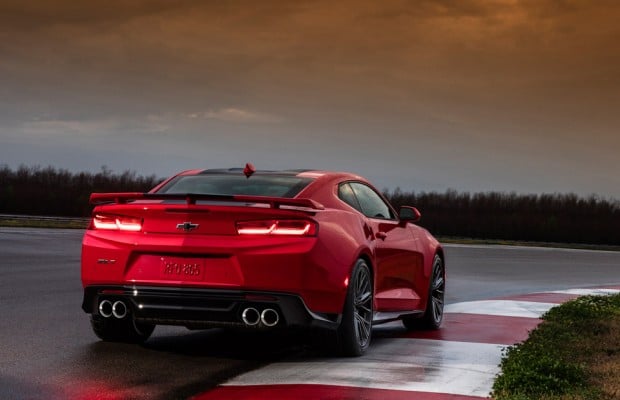 Inside, there are sporty and supportive Recaro seats, and a D-shaped sueded steering wheel, and the whole interior has a look that just means business, with a mix of sueded surfaces and red sport stitching set amongst the Camaro’s bold and angular lines. 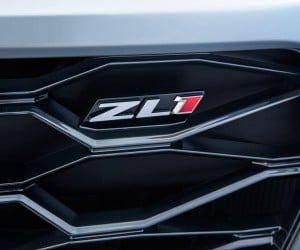 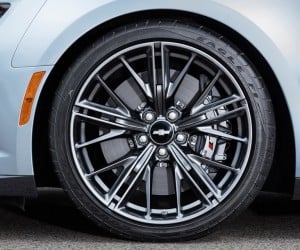 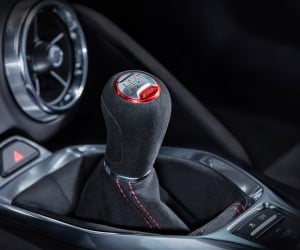 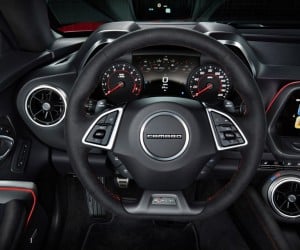 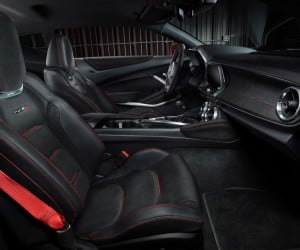 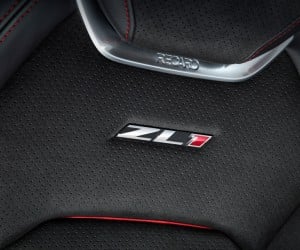 The ZL1 has also been fitted with other enhancements, including a tweaked Magnetic Ride suspension system, an electronic limited-slip diff, 20-inch aluminum wheels shod with sticky Goodyear Eagle F1 tires, and massive Brembo brakes – yes, those front rotors are a whopping 15.35″ in diameter. While I don’t have any pictures I can share, there was something immensely satisfying about seeing those flaming red hot discs coming into the pit at the end of a long day of hot laps.