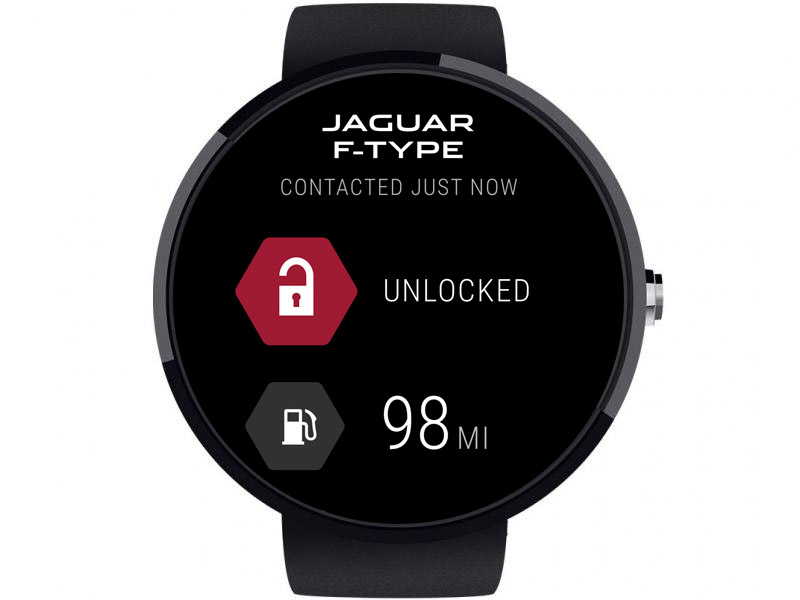 Jaguar Land Rover was on hand at the 2016 London Wearable Technology Show to unveil a new app for Android Wear smartwatches that lets Jag and Land Rover owners control their vehicle from afar. The app will launch this summer and allows the driver to remotely start their car and turn on the climate system from their watch.

Drivers can also use the app to lock and unlock their vehicle, check fuel level, and find their car. That last bit might be important if you park in a crowded lot. Jag also showed off a wearable called Activity Key. This wearable lets the owner leave their normal key in the car where it is safe while they are out enjoying the outdoors. When they return, the wearable Activity Key unlocks the doors for them.

The features were demonstrated on the new Jaguar F-PACE SUV, which will support both the Android Wear and Activity Key technologies when it’s released later this year.