Michelle Rodriguez Gets Fast & Furious in a Jaguar F-Type SVR

Looks like Michelle Rodriguez doesn’t just play a gearhead on the big screen alongside Vin Diesel. The Fast & Furious actress set her own personal landspeed record in a sleek Jaguar F-Type SVR on closed down Nevada highway 318, site of the so-called “world’s fastest road race,” the Silver State Classic Challenge. Rodriguez keeps the F-Type steady as she pushes the speedometer all the way to 201 miles per hour. It’s a big jump up for Rodriguez, who says her previous high speed was 140 miles per hour. 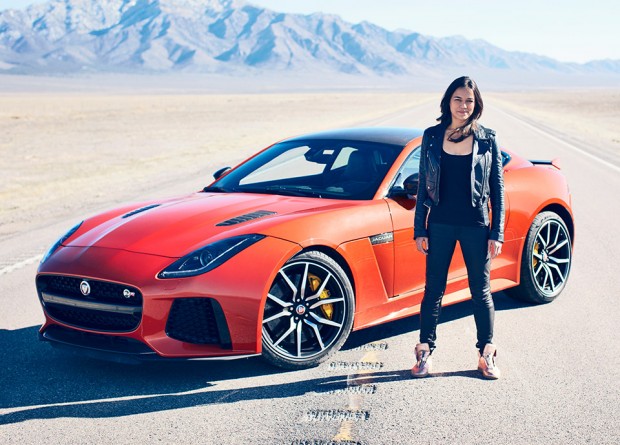 “Reaching 201 mph felt amazing, the car drove really smoothly,” Rodriguez said after her drag race. “All my corrections were minimal, I was super focused, and it really reacted in all the right ways. I don’t think I’d ever go this fast without a professional driver seated next to me, but oh man, it was an incredible feeling.”