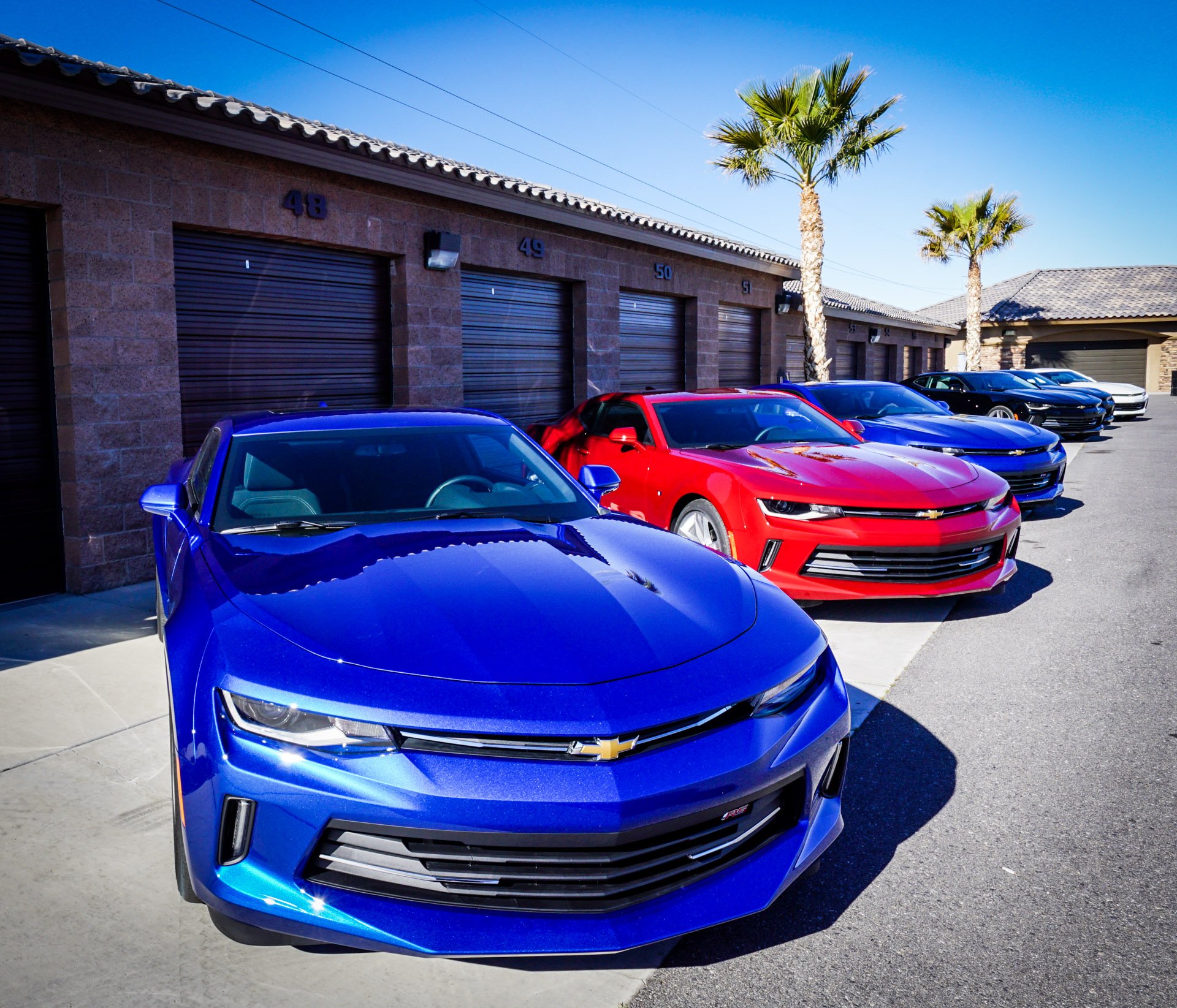 I’ve spent a good bit of time behind the wheel of the new 2016 Chevy Camaro – specifically the V8-powered SS model. But I recently had the opportunity to drive the entry-level Camaro, now powered by a 2.0-liter, turbocharged 4-cylinder engine. Now before you poo-poo the idea of a muscle car with a 4-cylinder engine, hear me out. Engine technology has come a long way since the craptacular, sub-100 horsepower inline 4 that you might remember from the early 1980s. In fact, the turbo 4 in the 6th-generation Camaro offers performance figures that were once reserved for V8s. 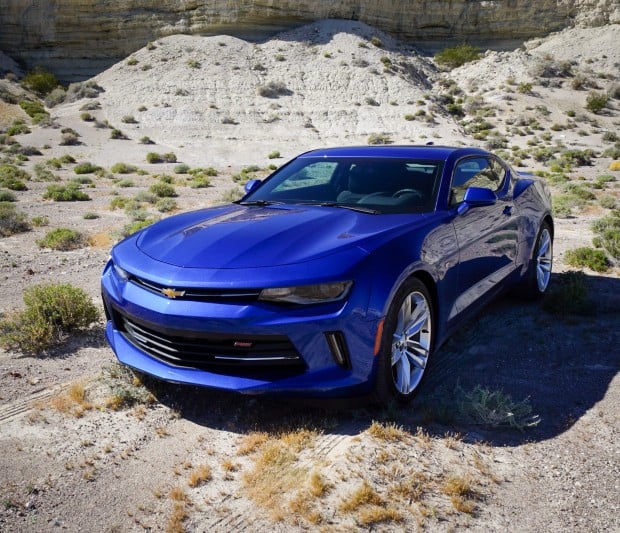 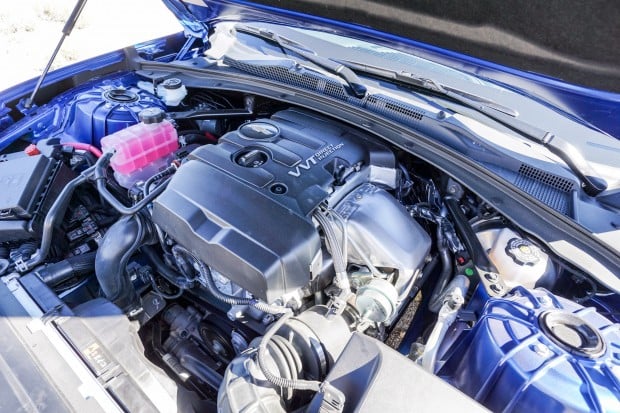 The combination of excellent torque and reduced weight gives this Camaro a zippy feel off the line, and is plenty satisfying as a sporty daily driver. With the manual, its 0-to-60 time of just 5.4 seconds is just 0.6 seconds slower than the outgoing V8 to that speed. With the automatic, it gets there in 5.5 seconds. Not too shabby. 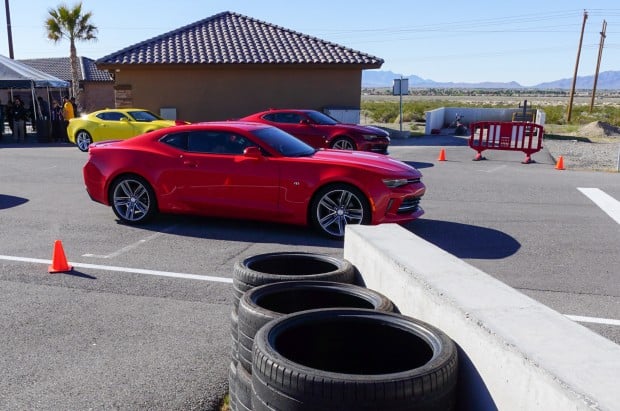 The car I drove was fitted with an 8-speed automatic gearbox, which offered smooth and fast action that’s been programmed for sporty shifting. I flipped into Sport mode and used the paddle shifters to enjoy the enjoyable, if not too loud exhaust note each time I neared the redline. On the highway, fifth gear is the real butter zone for the automatic. It’s very happy around the low 3000 revs, with tons of headroom before you’d ever need to go to sixth or above. 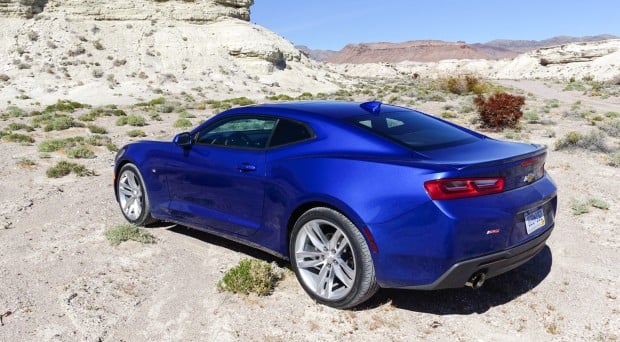 Beneath the muscular skin of the Camaro 2.0 Turbo is the same excellent Alpha platform found in its more powerful and expensive brethren, so it benefits from the same great chassis rigidity and handling dynamics. That said, you can’t get the turbo with Magnetic Ride Control, and as such, the ride was a bit softer and less precise than the SS that I drove with that feature. Still, no matter which Camaro you get this time around, the ride is much better behaved than the prior generation, thanks in part to new double-pivot MacPherson struts up front, and a five-link suspension in the rear. In addition, the electric power steering is quite good, especially in Sport mode, offering an excellent connection to the road, and confident turn-in. 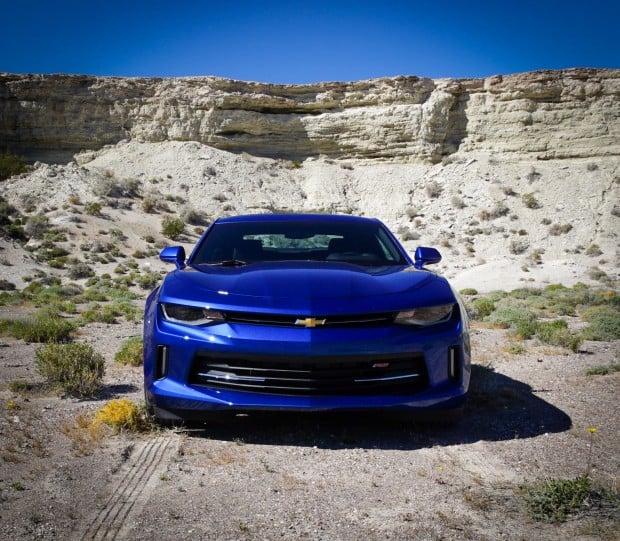 With the need to increase fuel efficiency clearly driving automakers to use more turbo 4 engines, Chevy went the extra mile to produce an engine which is actually quite thrilling. Combined with a great platform, and an aggressive new design, the 2016 Camaro 2.0 Turbo is arguably the best value in the lineup, giving much of what you want in a Camaro – power, thrills, and masculinity – while sipping less fuel, and at a starting price less than $27,000.