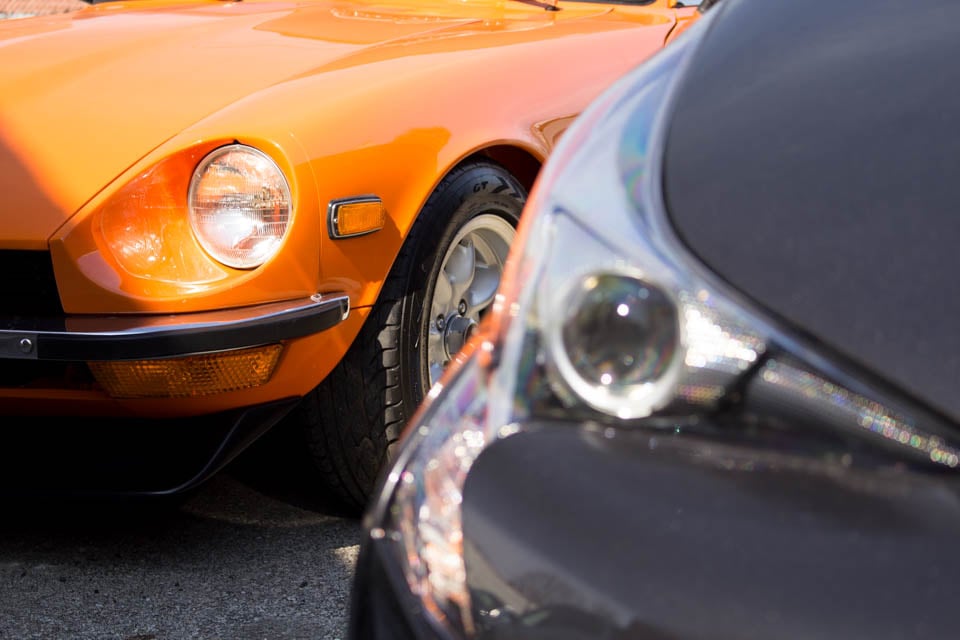 An April morning greets you with bright sunshine and the crisp type of air that makes you simply want to go for a drive. Lined up on your refrigerator is a row of three magnetic hooks. An empty one makes you want to purchase some sort of machinery that’ll make you smell like WD-40 and electrical fire; the other two hooks contain your options for this morning’s drive. One is a plastic fob that sits in your pocket and does all the things sci-fi flicks from the 1970’s told us that we wanted in the future. The other one is a jagged piece of metal. What follows is an explanation as to why it is such a difficult decision to pick between the 2016 Prius, and a classic Datsun 240Z.

Here’s my reasoning for such an unusual pair: If you take a look back at prototype race cars from the 1970’s, we now have super and hyper cars that are much much faster; 45 years of technology advancement has made impossibly fast cars an everyday occurrence. With that in mind, it only makes sense that our current crop of average cars have as much prowess – if not more – than a typical ’70s sports car. This testing will be thorough, and it needs to be in order to convince you. The usual run of performance tests will take place, but also with a few other tests that differentiate a normal car from a true driver’s car. 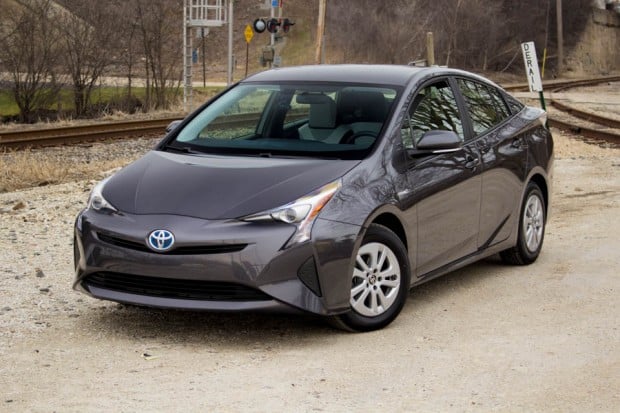 It’s a known fact that cars with less grip tend to be more enjoyable to fling around. That’s the reason why the Prius’ stablemate, the Toyota 86, is great fun to drive. The Prius takes after this formula, all the way down to being shod with similar low-grip tires. Things are looking promising. More motorsport heritage is found in the drivetrain as well. Toyota’s success with their hybrid technology at LeMans is mirrored in the civilian version, with electric assist to “boost” you out of corners, as well as add more punch to produce a gutsy 121 horsepower. Smaller displacement sports cars of the ’70s could only dream of such numbers.

Actually, this Prius is on loan from Toyota, and having it lent to me for the week is a bit of a mystery. You see, press vehicle loan agreements always have your publication, or who you represent on the agreement so the manufacturer knows what’s in store for that week. By some error, Toyota/Lexus/Scion have all been released with “Morgan Racing” as the company I represent. Brave. 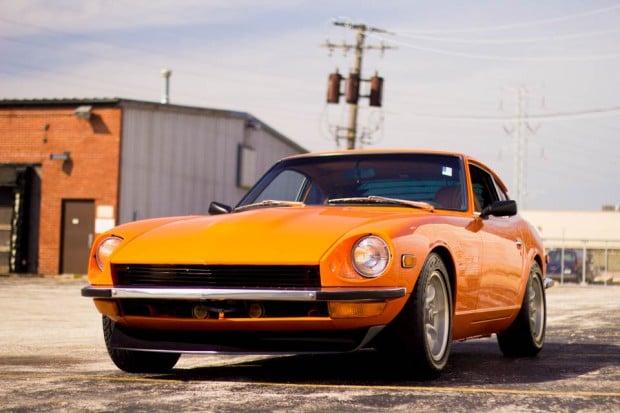 Anyhow, we’re already familiar with the 240Z. As a genesis for the more popular run of Datsun and Nissan sports cars to be sold en-masse, the Z picked and placed elements from sports cars that pre-dated it, but did so in a way that each of those elements have purpose. The area under the hood might be an inefficient use of space by today’s standards, but the 6 cylinders lined up in a row make for a great display of things the average Prius owner has no interest in learning about.

Once on the road, the main differences between the Prius and the Z emerge. The Toyota might not be as strong on acceleration, but it is competent, and the chassis is truly a good one. With tires catered more toward economy than grip, you can dig deeper into the car’s finite abilities. Tossing it around a few back roads leaves a very good impression: only moderate understeer when you’re pushing hard, otherwise a willing companion around corners. Brakes are amazing as well, being able to use the power of the regular stoppers, in addition to the energy regeneration system. Honestly, it has more than it really needs in the brakes, and they stayed impressively far away from fade after nearly a half hour of spirited driving. 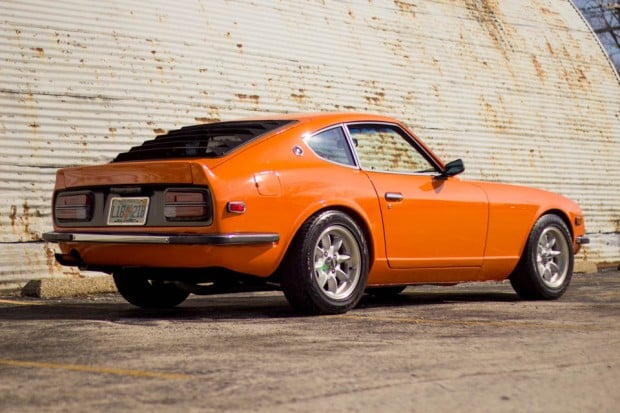 The Datsun is not quite as smooth to deliver its power (it would get perfect points if only it had a smooth-as-silk CVT), and the suspension is a bit stiffer. Of course the payoff is that these discomforts bring higher G-loads loads around the corners. Braking technology has come a long way in 45 years, too, and the Datsun showcases this in plain view. ABS was only a dream when these were first made and the rotor size is relatively small compared to the Prius. It might not have as much weight to slow down, but I suspect that a weekend of modernization with a big brake kit would be worth while on a Z. 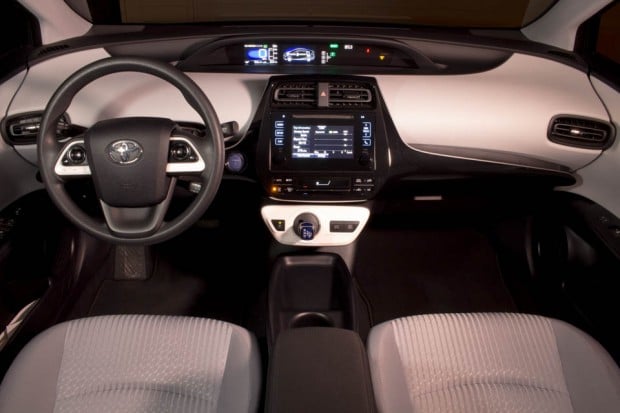 Even if you’re doing more than a morning drive, you still have to live with the car which is why I’ve also rated things other than purely performance. The Prius is very usable with a big hatch, four doors and room for all of my camera and testing equipment. It’s quiet inside there too. I actually measured interior noise through two free apps; one of which was a free download and the other employed the use of my ears. Both apps reported that the Prius was substantially quieter, although the Z does make the usual sports-car racket that guys with gray hair typically find amusing.

“I measured interior noise through two free apps; one of which was a free download and the other employed the use of my ears.” 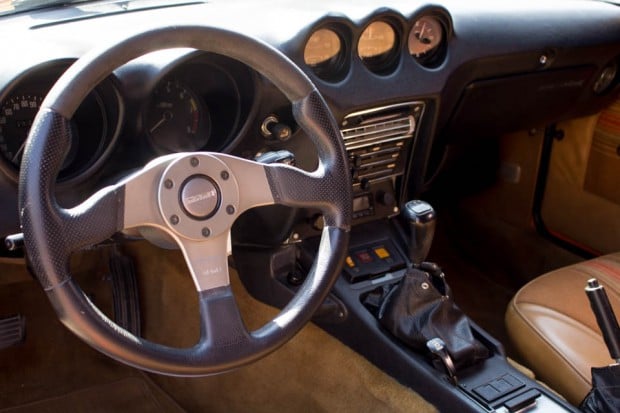 To its credit, the Z has gone through its aging process quite well, looking to be in immaculate condition inside and out. It even has the main gauges in front of the driver, where they belong. Fit and finish is typical of a car from the early ’70s, which is the case with this, or any Datsun. And in terms of styling, the Z is the clear winner here. Simple, and purposeful. Toyota’s gauges however are off center, but still in plain view and the touchscreen is world’s better than the touchscreen that the Dat… Oh wait you don’t get a touchscreen in that oldie. Moving towards outside styling, I was a bit let down by the Prius when in the company of a Z. I’m sure someone was employed for the job of making it look good, but they probably called in sick. 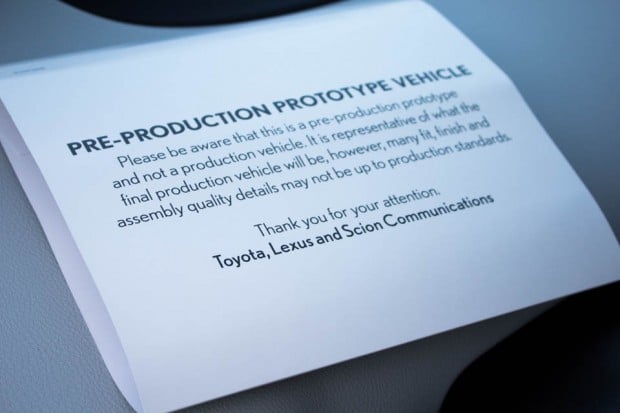 “This Prius is on its way back to Toyota to be crushed, scrapped and turned into a Maytag again.”

So what does it come down to? My notes show that with each category tallied up, the Prius actually emerges the winner until the final category of price is figured in. Now, I’ve always had a set rule that if a car can’t be sold, I can’t give it any points. This Prius in particular is a pre-production prototype and is on its way back to Toyota to be crushed, scrapped and turned into a Maytag again. So by default, I have to declare the Z a winner by one solitary point. Looks like I’ll take the jagged metal key this morning. 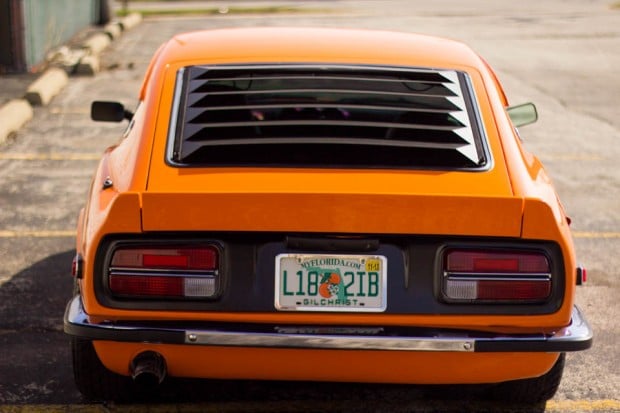 This test couldn’t have been done without the help of Jason Saini and the great folks at Greenwood Motorsports. If high-performance wagons get your heart pumping, give them a visit.