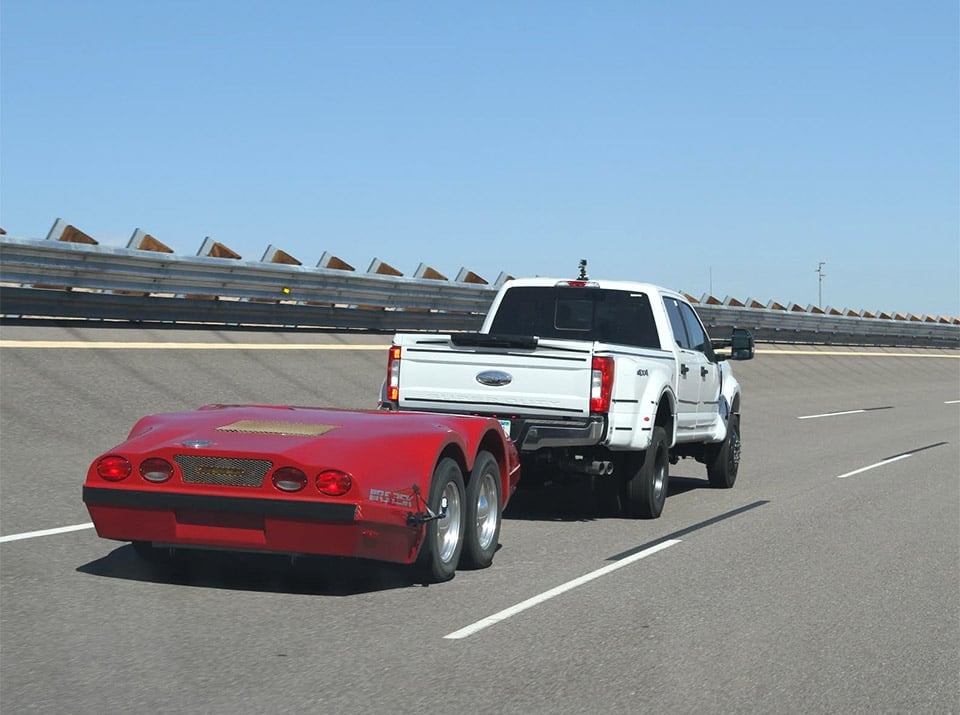 When it comes to trucks and other rugged vehicles, it’s important to test that they can handle the strain and stress of driving over steep hills and mountains, especially under load. But it’s not always practical for automakers to head out the mountains to conduct the volume of tests they must perform.

To solve this problem, manufacturers use a device called a dynamometer to simulate driving on terrain. However, unlike the dynos we’re used to seeing cars drive on in performance tuning situations, a truck dyno is a special sled they tow behind the vehicle. In order to test its more powerful new F-Series Super Duty trucks, Ford built a brand new bit of gear which lets them simulate tough payloads being driven up and down hills. 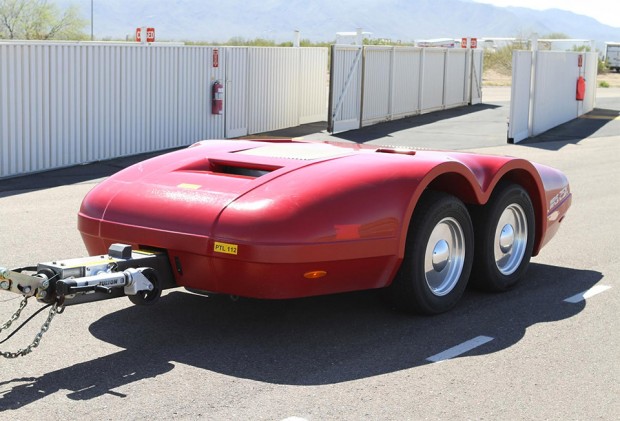 The new dyno sled can generate a load of up to 5,620 pounds – an improvement of 181% over the prior system, and allows them to simulate a grade up to a super steep 30 percent, all while driving on flat ground. The system uses electric coils which act like a giant magnet to pull against the truck. 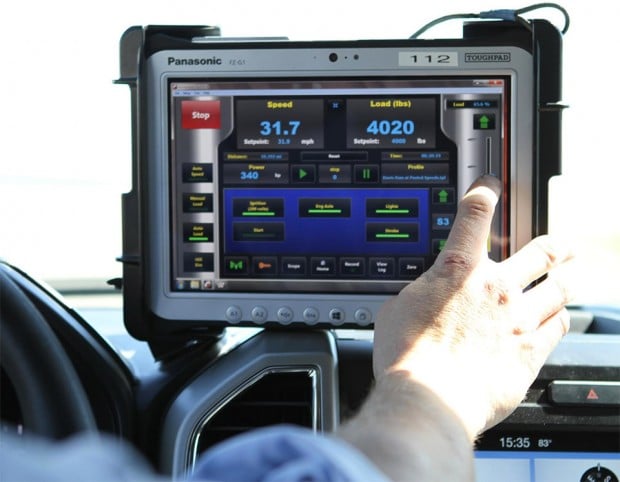 Ford product development engineer Jim Sumner had this to say about the technology: “Any test engineer in North America knows about Davis Dam. It’s a demanding hill going from sea level to more than 3,000 feet in 11.2 miles, and is an ideal location to test towing capability. With this dyno, we can test the all-new Super Duty on that hill – but from right here on the level surface of our Arizona Proving Grounds.” Cool stuff indeed.