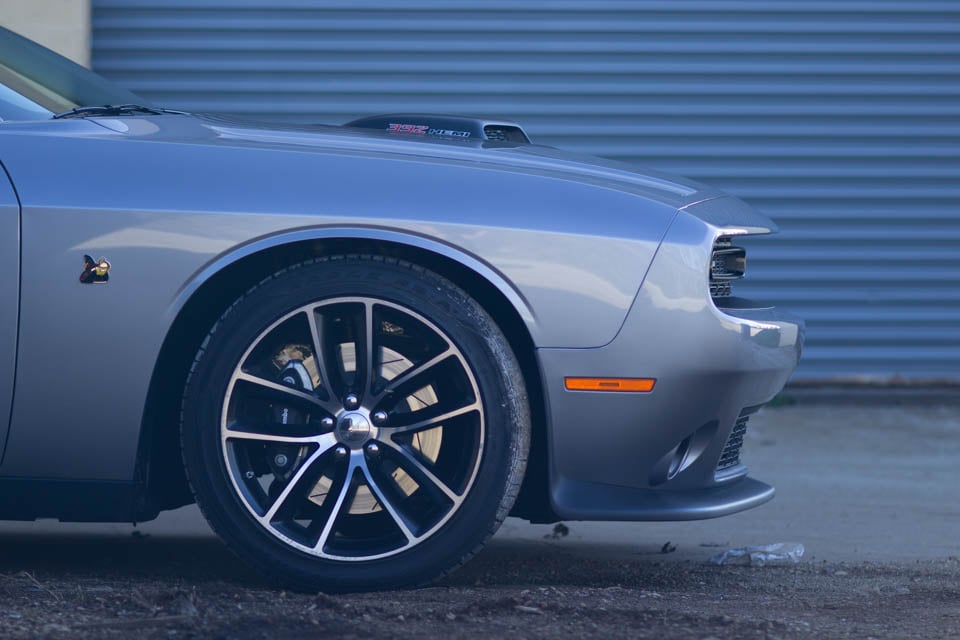 I’m not one to make immediate assumptions about the potential buyer of a car – except the people who buy a Prius, it’s very easy to assume things about them – but one thing is profoundly clear about the Challenger R/T Scat Pack: If you buy one, you’ve yet to become an adult. That’s OK though. If you’re lucky enough to remain at that adolescent stage, you’re still able to have fun. You’re still able to use the part of your brain that could transform your backyard into anything you imagined. It could become as much of a football field as a desert jungle or the front-lines of a warrior’s battle. It’s the part of your brain that tells you to go off that bike ramp just a little faster, even though you just scraped up your elbow by crashing in the last attempt. Nothing in this part of the brain makes sense, but it is fun.

“…one thing is profoundly clear about the Challenger R/T Scat Pack: If you buy one, you’ve yet to become an adult.” 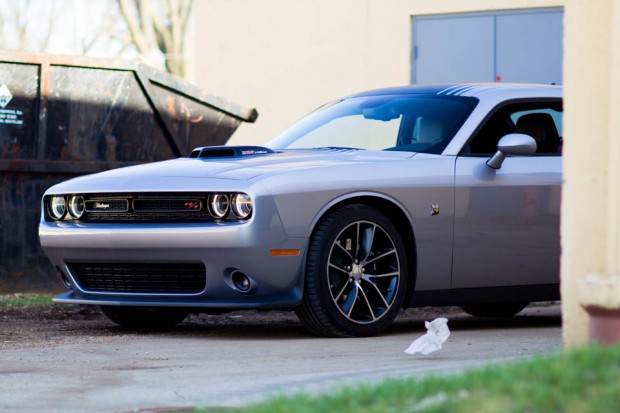 Some people sadly lose this youthful imagination. Sure they live it out through comic books or super hero movies, or sports teams, but in their daily routine, their brain now routinely says “no,” or “you shouldn’t do that.” These people settle, and they are only able to impress themselves with reality. Their own reality. Then they buy a Prius. 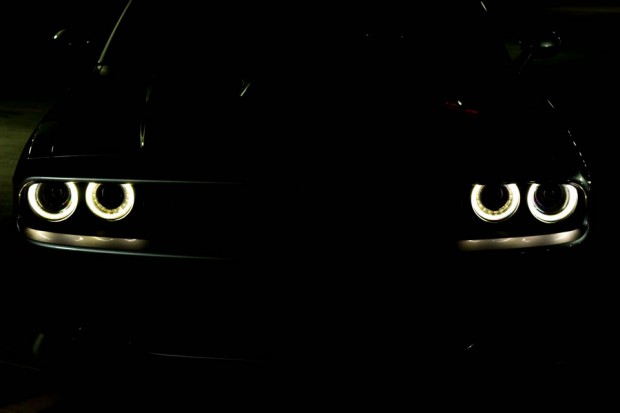 Not the owner of a Challenger Scat Pack, or its sister car the Charger Scat Pack. Their reality is still obscured by imagination. They might not pretend they are on a dirt bike when riding a Huffy any more, but they can pretend that the open stretch of road in front of them is a drag strip. That red street light? That’s a tree. And it’s waiting for green. Most of the time the minivan next to you isn’t really interested in partaking in your daydream, but that’s because they found themselves in that same regressed hole of aforementioned boring humans. But, if you experience this world of imagination and fun for more than, say, two days, it’s amazing how everyone else seems like a zombie. Just look at the face of someone who’s driving an average, boring 4-door sedan. Lifeless. Then look at someone who’s just bought a car with an engine of such girth, that it sticks out of the hood. They are probably drumming on the dashboard to songs from 1984.

“Just look at the face of someone who’s driving an average, boring 4-door sedan. Lifeless.” 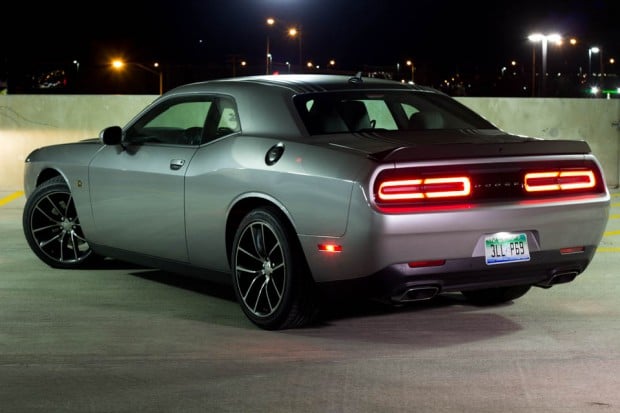 The car, as you can probably guess, is a brute. It’s not meant to coddle the passengers in tranquil luxury. The name its self implies that it is up for a challenge. It wants a duel. And it sure does put up a good fight. Being able to observe all 475 lb/ft of torque in action is somewhat addictive, meaning now I’ll simply view every other car without a Shaker hood as quite boring. What a brilliantly simple and silly idea. Sure it’s a “throw back,” but with modern pedestrian impact regulations requiring some companies to cover their engines with a memory foam mattress, this protrusion stands out as a big middle finger. I love it. 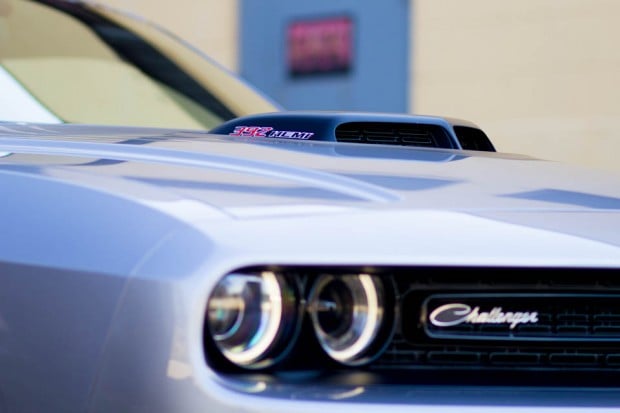 “…with modern pedestrian impact regulations requiring some companies to cover their engines with a memory foam mattress, this protrusion stands out as a big middle finger.”

That engine, the 392 cubic inch Hemi, is of course the main attraction at this amusement park. You’re not buying a Challenger because it’ll carve up fast sweepers, or brake with the sort of velocity that’ll give you a migraine. You’re buying it because unleashing all 485 horsepower is intoxicating and good, honest fun. It’s a simple kind of fun, as well. Line up next to another car, and see who is faster. My preferred method of performing this test was to put the car into sport mode (which sharpened up throttle response to the point that it’s useless and jumpy at low speeds), as well as putting traction control into sport mode. This allowed for a spirited exit from first gear, full use of second, and what ever gear your guardian angel would tell you to stop at there after. 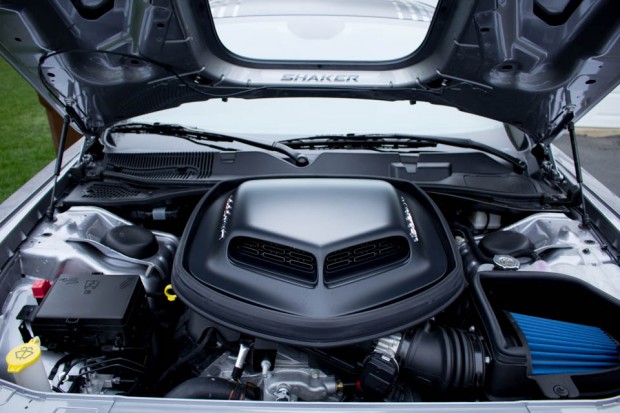 There’s other things about this car that are on the window sticker, but honestly, they aren’t a selling point. They are the types of things you notice after a full week long romp with the gas pedal, but are nice to have anyway. This Challenger is the subject of a re-fresh though, and feels every bit as modern and well put together as you’d find in any other American car. And unlike my struggles with Bluetooth connectivity in other cars, the Alpine Audio system Dodge uses is quick and alert to re-fresh not just my music, but a live-stream every time I started that brute of a motor. 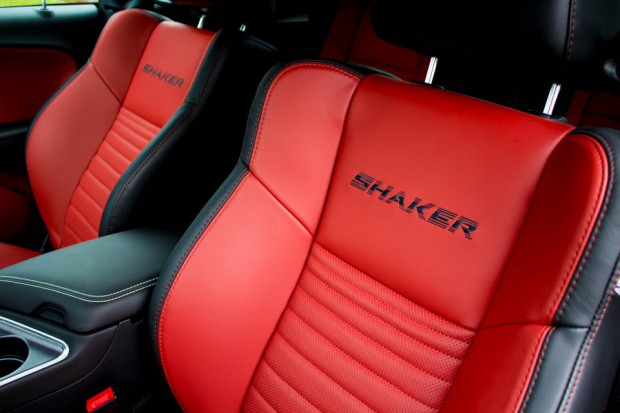 In the few times this past week that I wasn’t trying to show off or impress, the ride is probably where most of my complaints lie. Actually scratch that, most of my complaints lie in the blind spots, but those don’t really matter because if you hit anything, you’ll just knock it over and win anyway. Back to the ride. It’s seemingly stiff at first, but very floaty when you go through a corner. You’ll get jolts as you go over the smallest of cracks in the road and spongy reactions as you enter a corner, exactly when you don’t want them. Needless to say, I didn’t do any cornering with confidence or gusto. It does however absorb big imperfections like rail road tracks with ease and feels very planted when you’re on the loud pedal in a straight line. I imagine that the Grand Cherokee TrackHawk will feel similar. 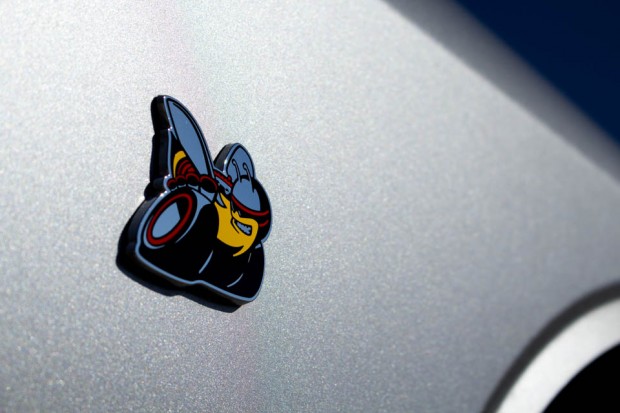 So, now that I’ve literally said almost nothing about the car, I encourage you to take all of this excitement and imagination gathered from this article and go out and DRIVE one. You must. It’s much less about the actual car, because it’s the thought behind it, and the experience of pressing that throttle deep into the carpet. It doesn’t get old, and I don’t think it ever will.

When your brain tells you to conserve for future doom and gloom, all that you get is a timeline of boredom and you still get the doom and gloom anyway. Go out and get a  car made purely for the sake of nonsense. Get an R/T Scat Pack and scrape up some elbows.