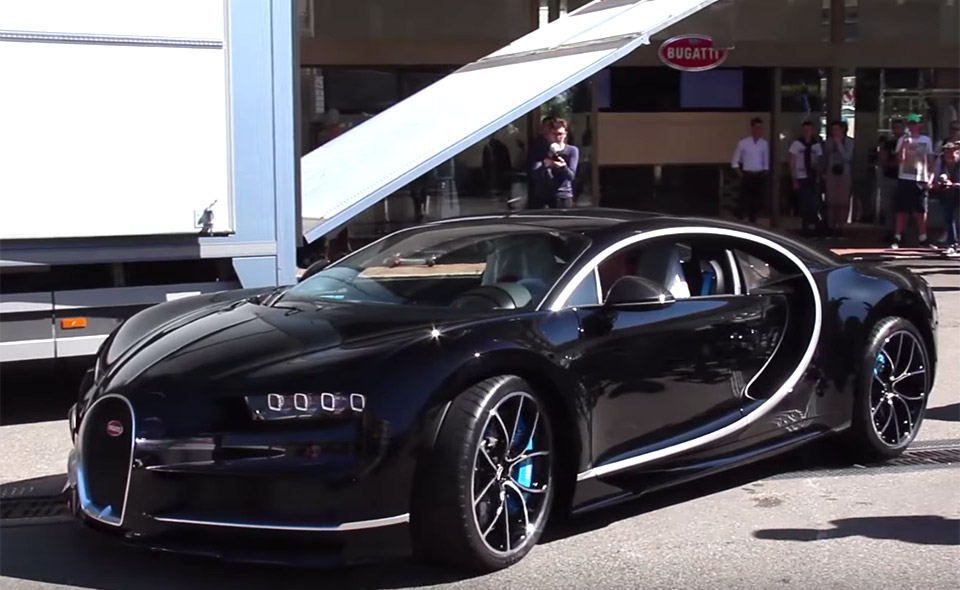 I have no idea what the dealership is called in Monaco that received this Bugatti Chiron, but it clearly sells some epic exotics. In this video from WorldSupercars, we see the Chiron carefully backed off of a truck and parked in the showroom by a white-gloved delivery driver.

The Chiron doesn’t go into official production for a few more months, meaning this is a pre-production car. It’s likely not for sale and is just there to allow the well-heeled to see and order one.

It looks good in black, but I am still not a fan of the front end at all. The W16 with its four turbos sounds great on cold start and then settles into a burble much quieter than I expected. Regardless, the Chiron is good for an estimated top speed of 280 mph and a 0-60 time of 2.4 seconds. It will likely be the fastest production car in the world once it’s released. I wonder if the wheels and tires will have to be replaced each time you reach those speeds.