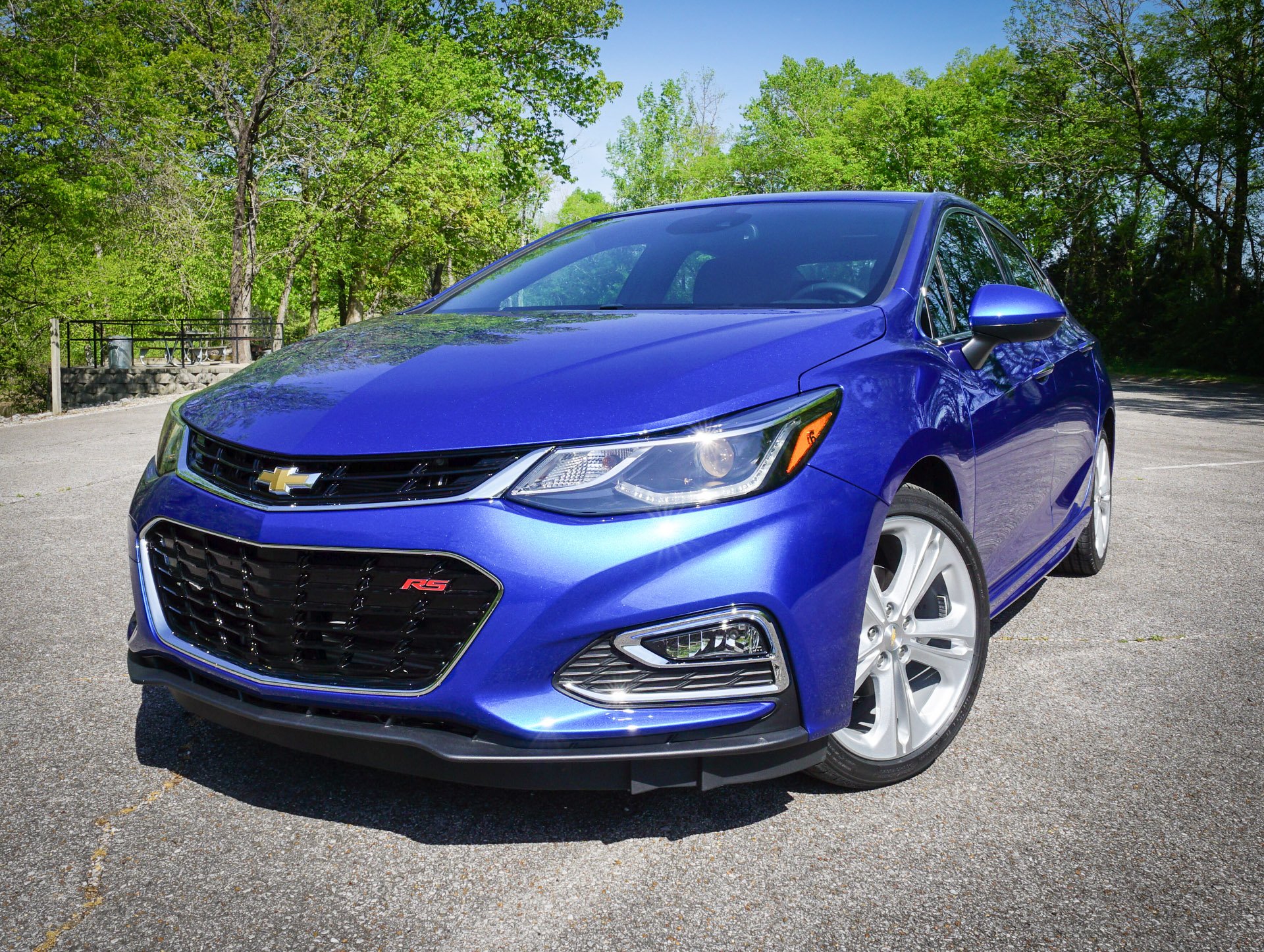 In all honesty, the first (and last) time I drove a Chevy Cruze, it wasn’t a very pleasant experience. Now granted, it was a rental car, but I thought it was bland, sluggish, and its suspension picked up just about every bump I hit. So when Chevy invited me down to Nashville to test drive the new 2016 Cruze, my expectations weren’t very high for their compact sedan. That said, in this business you need to keep an open mind, and I’m now very glad that I did. 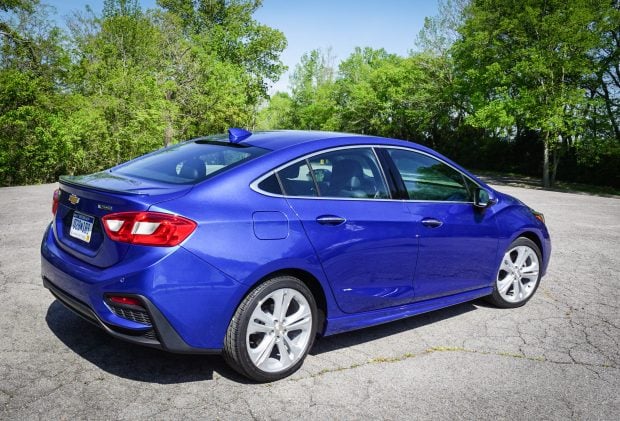 Not only is the new Cruze a dramatically better car than the last time I drove one, I found it immensely appealing this time around. The 2016 model not only looks much better from the exterior, it’s a bunch more fun to drive. The new Cruze is about 2.7″ longer, its wheelbase is about 0.6″ longer, and it’s been lowered by almost an inch. 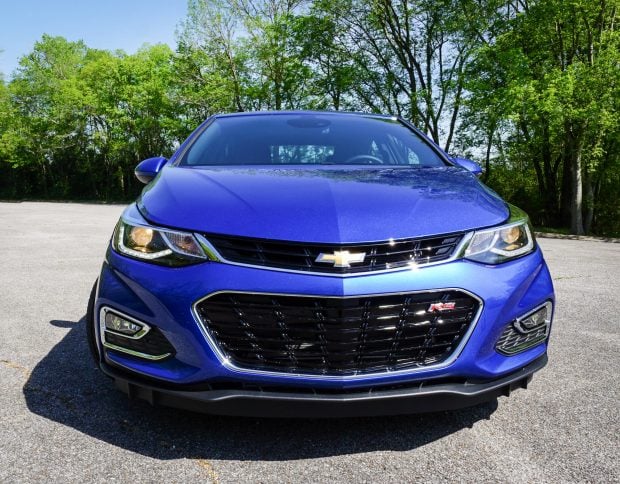 Up front, there’s a new grille and headlights which are much more angular and flared, which gives the car more of a presence. I especially like the sporty look of the Premier RS model that I drove. The body sculpting is also much more dynamic this time around, and little differences like the way the window trim curves around in front of the trunk give it a much more refined look. 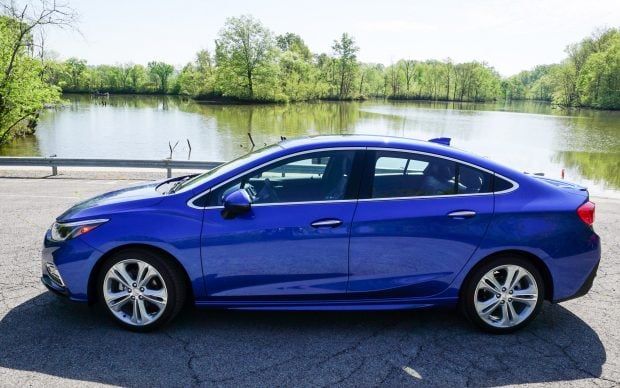 But the Cruze doesn’t just up its game when it comes to looks, it’s gone on a diet. Chevy engineers and designers managed to cut about 250 pounds off comparably equipped models from the last generation, bringing its base curb weight down to just 2932 pounds. Combined with improvements in its body structure and rigidity, the new Cruze is much better behaved when driving. Body roll is well controlled, and it does a good job soaking up bumps and potholes. Visibility is excellent, and cabin noise and vibration is minimal. 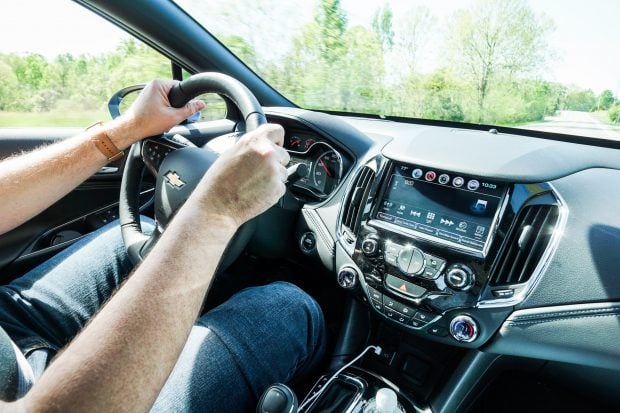 I also found its steering to be well balanced, with better road feedback than I expected from a car in its class. It doesn’t hurt that the electric power steering rack borrows heavily from the excellent system in the new Camaro. With a new 1.4-liter turbocharged engine under the hood, you’re looking at 153 ponies and 177 torques. Combined with the weight loss, that gives the car quite a bit more get up and go than ever before, and fuel efficiency tops 40 mpg on the highway for all trim levels. 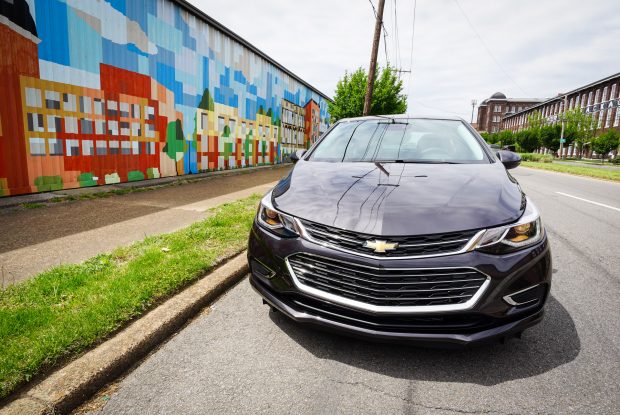 Chevy says the new Cruze can do 0-to-60 in 7.7 seconds, though I didn’t really get an opportunity to test this claim with a stopwatch. If I have any complaint, it’s the eco stop/start feature which is designed to shave a little bit off of fuel usage but causes the engine to turn off every time you come to a full stop in traffic. I’ve always found this feature annoying, and prefer cars which let owners disable it if they so choose. I could find no such option in the Cruze. 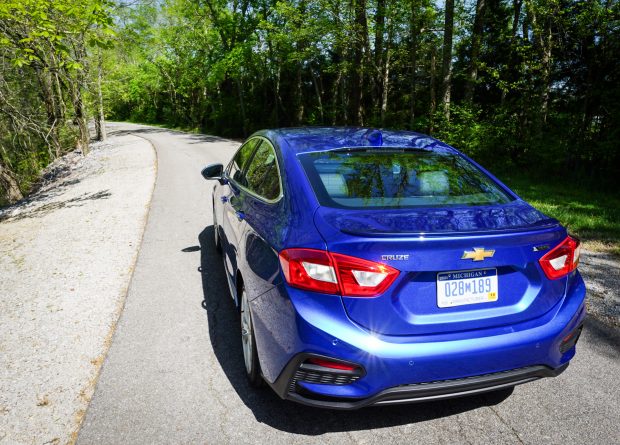 I won’t speak for the base trim level LS or LT models, but the Premier models I drove were decidedly upscale for a car in this price bracket. The dash uses a mix of soft-touch stitched PVC and matte painted materials to minimize glare, and there are real leather seats and a leather-wrapped steering wheel. The center cluster on the dash is wrapped in one of three different shiny plastics, including my arch nemesis – piano black. Personally, I’d opt for one of the other interior colors as this stuff is notoriously a fingerprint, dust, and scratch magnet. The steering wheel and all four seats can be equipped with heat for cold winter days. 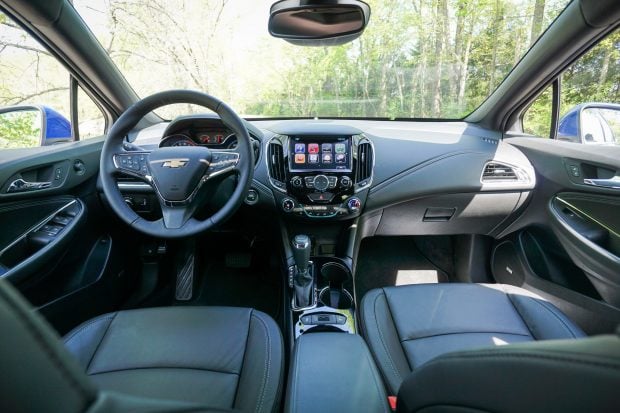 Chevy has made no bones about its target market for the new Cruze – young, tech-savvy self-starters, and as such has packed the car with a ton of available tech. Apple CarPlay and Android Auto are standard, as well as a backup camera, and a 4G LTE Wi-Fi hotspot that works from up to 50 feet away from the car. LT and Premier models also get Qi wireless charging, as well as 24 months of data, OnStar, SiriusXM, two service visits, 5-year/60,000 mile roadside assistance, and more. 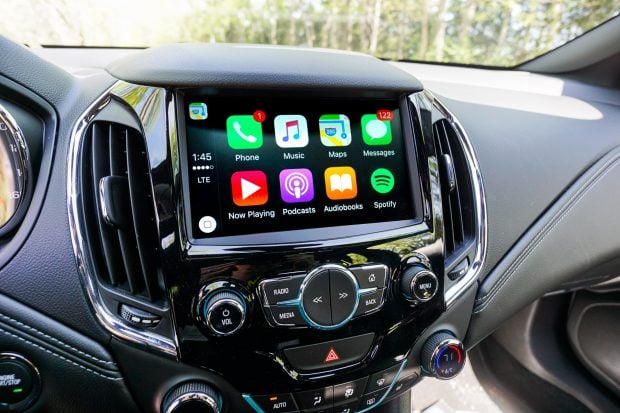 There’s plenty of space inside this time around, offering good legroom and headroom for both front and rear seat passengers, even taller folks. Chevy says the rear seats gained two inches of legroom over the outgoing model. 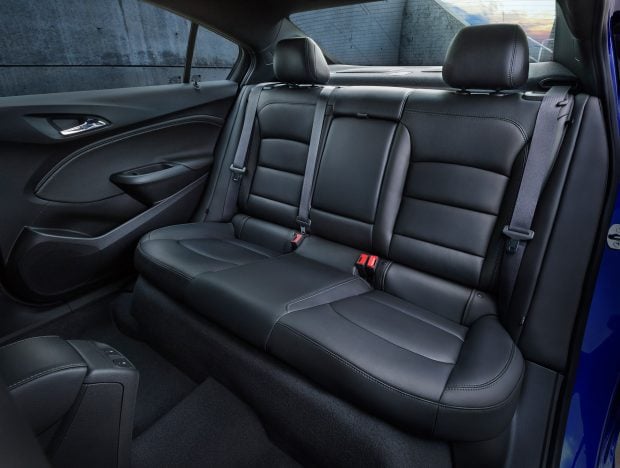 Plus, the rear seats fold into a 60/40 split, allowing the trunk’s 14 or so cubic feet to be expanded even further. 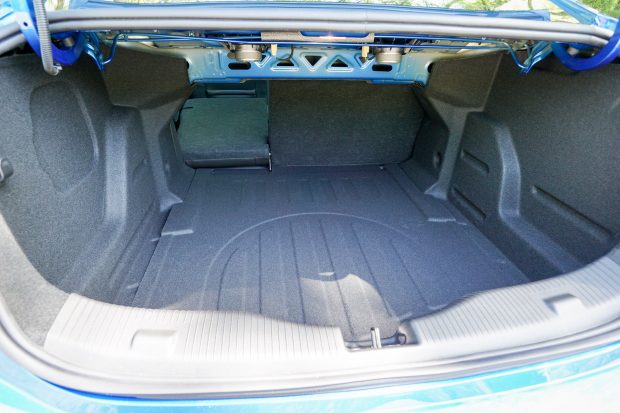 Chevy has done a great job taking what was once a pretty ordinary car and making it something that’s actually quite desireable. The new 2016 Cruze looks better, drives better, is more upscale, has tons of tech, and gets great mileage. All in all, it’s definitely a car worth considering if you’re in the market for a small sedan and don’t want to break the bank. 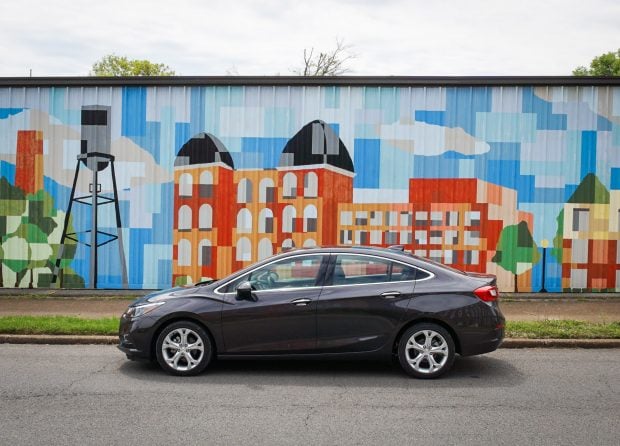 P.S. If you’re thinking about a hatchback, you might want to wait until a little later this year. They new Cruze Hatchback looks pretty sweet – especially in orange: 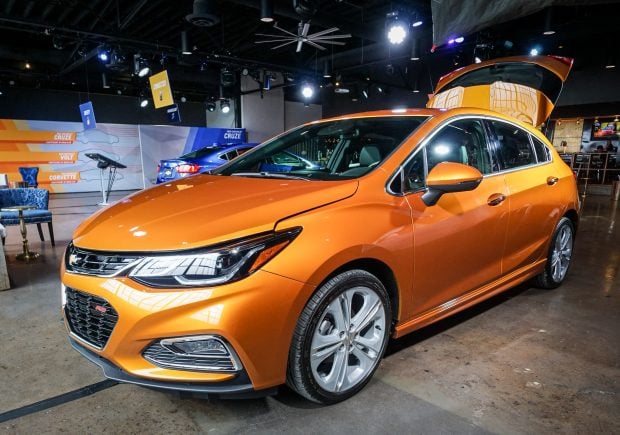 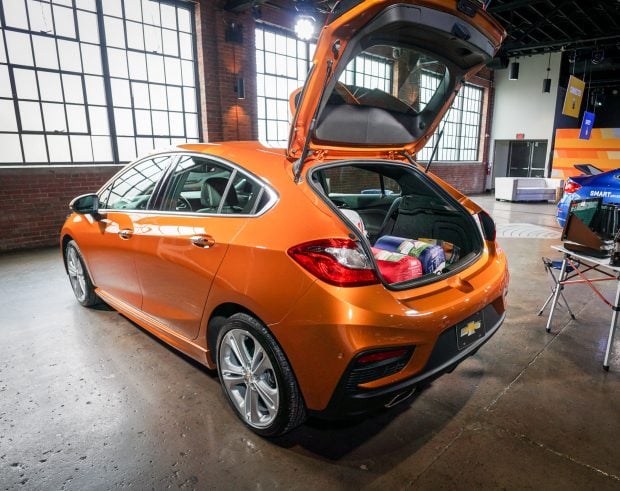