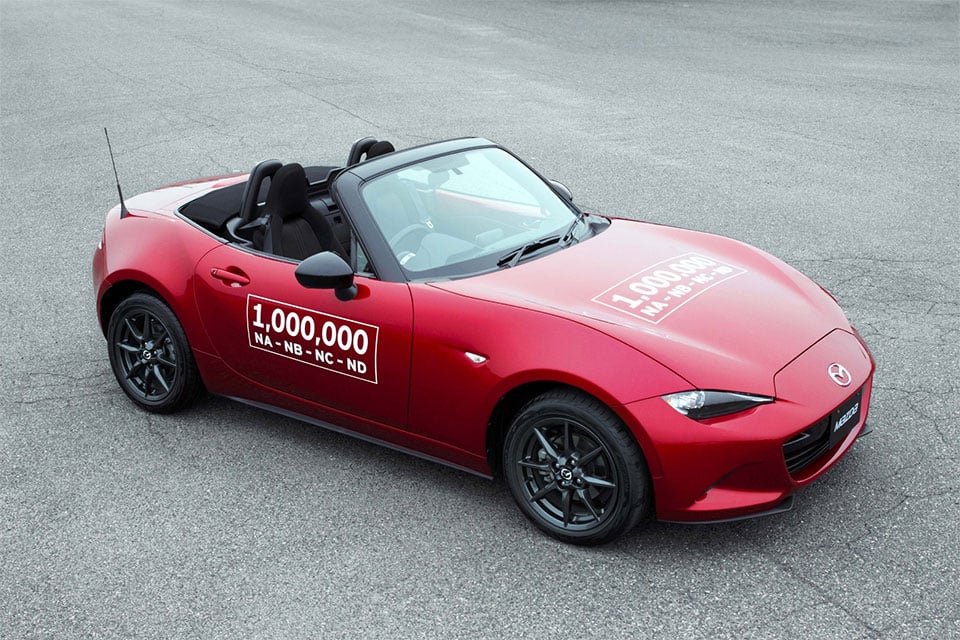 Mazda has announced a milestone in MX-5 production with the millionth car rolling off the assembly line since production kicked off in April 1989. The MX-5/Miata is one of the most raced cars in the world with entire racing series dedicated to the nimble little roadster.

“From the first generation through to today’s fourth-generation model, the reason we have been able to continue selling the MX-5 all these years is due to the strong support of fans around the world,” said Masamichi Kogai, representative director, president and CEO, Mazda Corporation. “Mazda was founded in Hiroshima 96 years ago, and as we move toward our centennial year we will continue offering customers the joy of driving with this model, which has become a symbol of our brand. Mazda aims to create a special bond with customers and become a ‘one-and-only’ brand they will choose again and again.”