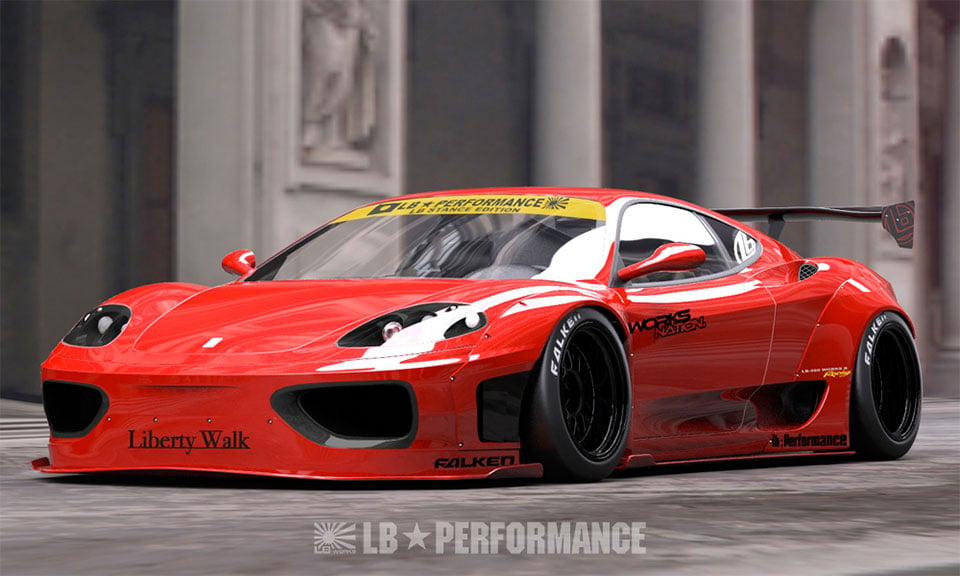 I don’t typically go for body kits on cars; I think they mostly look cheap and tacky. That isn’t the case with the new body kit available for the now retired Ferrari 360 and F430 from a Japanese firm called LB Performance (better known as Liberty Walk). This body kit gives the Ferrari a wide body race prepped look that I really like. 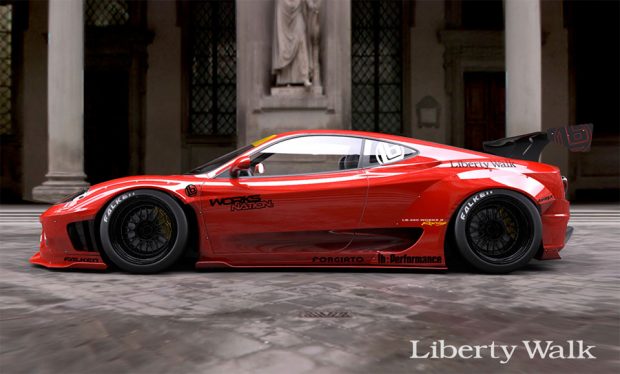 The negative camber on the fat wheels shod with racing slicks almost looks like some of that stance bullshit, but I have seen race cars at the track that benefit from that sort of tweak, so I’m not opposed. 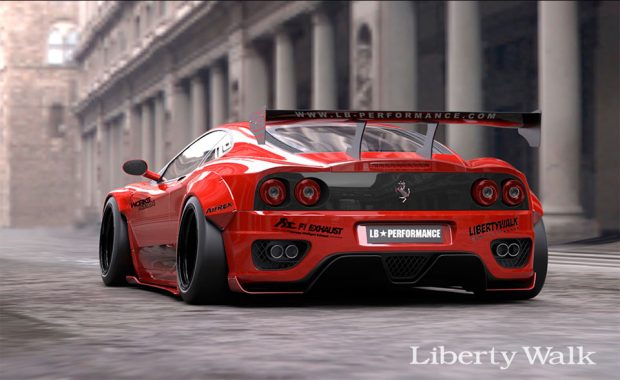 The massive rear wing looks like it could really add some downforce, and the car is dead sexy overall. The only thing I’m not very fond of is the visible bolts that appear to hold the fender flares on. It seems to cheapen the look of the expensive exotic car.

The kit is offered in paintable fiberglass or carbon fiber. I’m not sure if the carbon fiber can be left unpainted or if it’s the dry sort that looks terrible if not coated in some color. The complete kit costs 2,916,000 yen or about $26,539 – plus the cost of the Ferrari, of course. 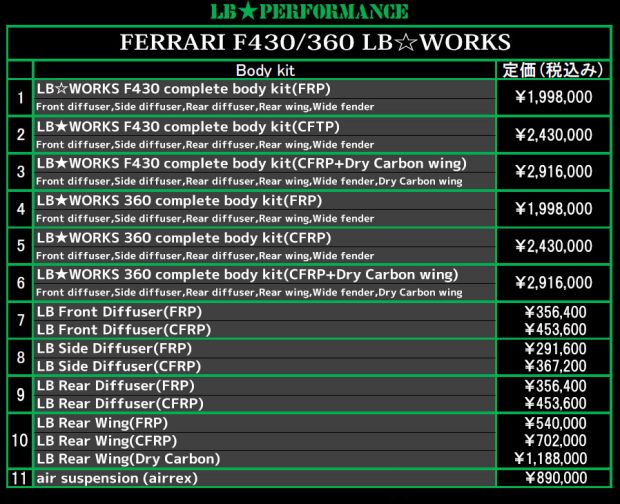