Some people are drawn to the unorthodox. And the word certainly applies to the Jeepster Commando, which was more or less assembled with parts laying around on shelves at AMC. “The first time I saw the truck, I remember thinking, what is this thing?”, says Jeepster owner Sam Fankuchen, clearly a fan of the eccentric. He’s now got a 1970 Jeepster Commando of his own as his daily driver, and shared his story with Petrolicious.

Between 1966 and 1971, only about 60,000 of these rare birds saw the light of day. Fankuchen’s model has a V6 Dauntless engine, with some performance modifications. He stripped out much of the interior so he could just hose down the beast after a rough day off-road, and outfitted the car with Recaro seats. This is a very basic car to learn to wrench on,” says Fankuchen. “I’d worked on cars a tiny bit, but everything that goes wrong with this is an occasion to discover a little bit more about basic mechanics. When we’re out in the wilderness, I can fix anything with a box of hand tools.”

Fankuchen’s Commando has experienced off-roading at most of California’s hot spots, from Joshua Tree to Gilroy to the Redwoods. “What’s nice is you can experiment with lots of different kinds of terrain, and not worry too much, because every part on it is like $100 to replace.” That’s good to know, because Fankuchen compares his driving approach to driving a go-fast boat, taking on challenges at speed to get the most of the Commando’s capabilities. “You have to be aggressive, or the terrain can interfere.” But for him, that’s part of the thrill of off-roading. “You can take your own risks, and not really affect people on the streets.” 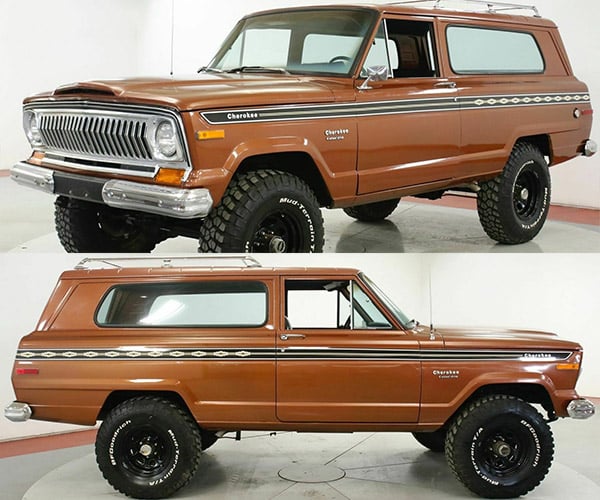 This Year One 1974 Jeep Cherokee Is a Brutish Beauty

Take a Tour of the Porsche White Collection
Advertisement