Back in 1986, Jay Leno had a “tough” choice to make: he could buy a Lamborghini Espada or a Ferrari 330 GTC. Leno went with the Espada, a four-seater GT with a 3.9-liter V12. Although the Ferrari now would go for $1 million-plus, Leno doesn’t seem too bummed with his choice. “To me this is what Italian cars are all about,” Leno says of his ’69 Espada. “I just love the feel of this car, I love the smell, the old-school compared with the new school. It was built the old-school way, guys bang-bang with hammers.” 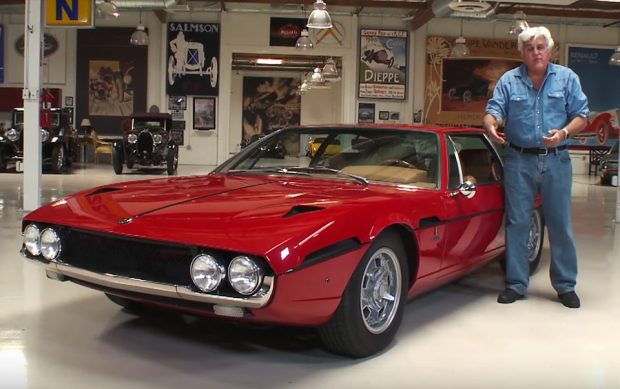 About two years ago, Leno noticed some rust showing on the car, so he embarked on a cosmetic restoration, and he unveils the finished product in this episode of his show. The styling of the car may be an acquired taste – I happen to love it – but the V12 unleashes a glorious, deep baritone growl when Leno opens it up on the highways around Los Angeles. Sure, the thirsty powertrain guzzles gas. But Leno doesn’t mind the high fuel bills when he puts the pedal down in the Espada. “It makes a glorious noise,” he says. “If a symphony orchestra is great, who cares how much it costs.” 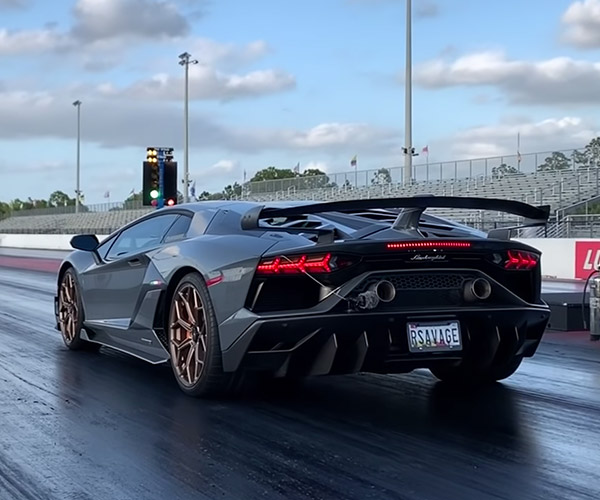