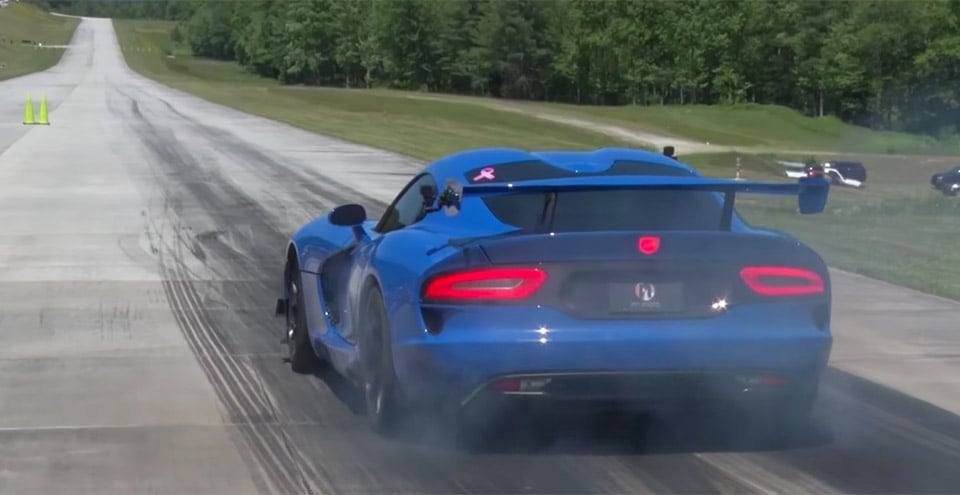 This blue 5th-gen Viper looks like it’s mostly stock from the outside, but it is far from stock under the hood. The driver of the ride says that it has a custom built motor and twin turbos that can push out as much as 1500 wheel horsepower. That is massive power, especially when compared the Viper’s stock 645 hp V10. The driver’s goal is to get the Viper up to 200 mph on a 19-inch wheel, something he says hasn’t been done before.

I’d be nervous just going 200 mph in anything. The Viper is one of those notoriously hard to drive cars, so I can’t imagine adding massively to the power will help make it any easier to drive. This 200 mph attempt was performance at Heaven’s Landing Strip in Clayton, Ga, and captured by 1320video.

That 1500hp launches the car like a rocket ship, but half a mile isn’t that long of a road to reach 200 mph. The car sure seems to smoke a lot at speed, but it could be tire smoke or dust from the track. It’s hard to tell. I’ll leave it to you to watch the video and see if the Viper hits its goal.