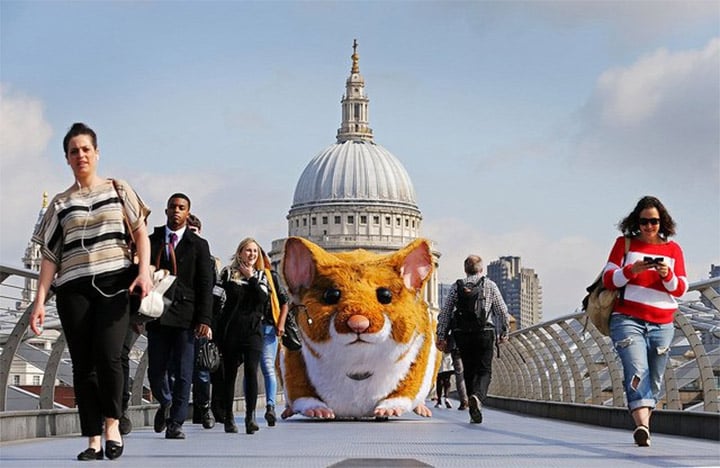 Having worked at a car lot, I have seen a bunch of things left behind in cars people trade in. Sunglasses, CDs, checkbooks, even doobies. I’ve seen lots of stuff. Never a pet hamster, though. A chain of repair shops in the UK called Kwik Fit surveyed mechanics at its locations to figure out what the oddest bit they ever found left in a car was. The winner was a pet hamster called Jaffa.

Apparently, Jaffa had escaped from his cage on a trip from the vet’s office and taken up residence in the dash of the car. The mechanics did save him, and to celebrate his rescue, Kwik Fit made a full size version of Jaffa that can actually drive. Jaffa was on tour of London (the hamstermobile, not the real hamster) and lots of folks got to take pictures with it.

The dog in the video has a seriously WTF look on his face. It looks like it was built on the chassis of a golf cart or something similarly tiny. Actually, it might be one of those pedal carts. Either way, it’s just plain weird.

BMW Vantablack X6 Is the Blackest Car Ever

The World’s Brightest Truck Lights up the Night
Advertisement