Toyota 86 to Get the Heart of a Ferrari 458 Italia 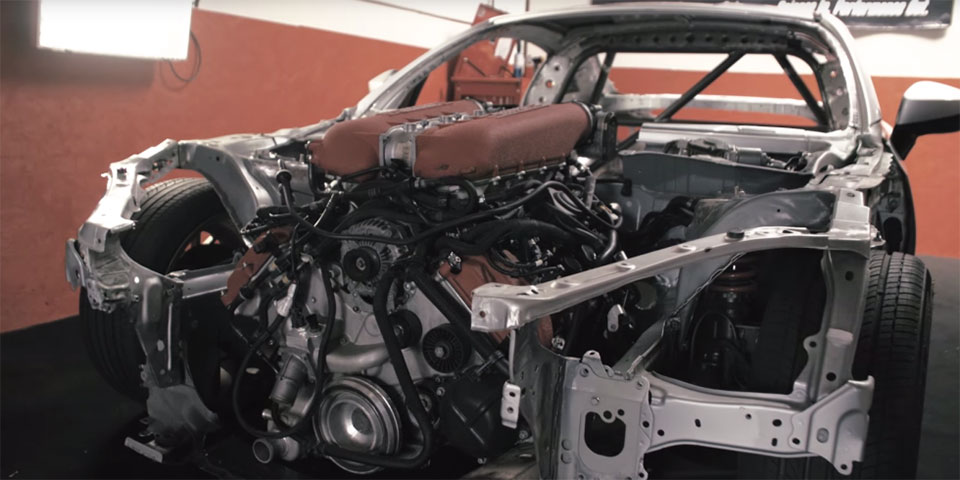 I know a company that has been working to stuff an LS V8 into a Subaru BRZ that died under boost. That’s a pretty cool swap, but it’s nothing compared to what is going on with this Toyota 86. This Toyota is getting the V8 from a Ferrari 458 under its hood.

As you can see in the main image, the F136 V8 looks massive in the car. I can only assume that it will require a massive cowl hood. It appears that the engine sits partly inside the car, and the windshield frame had to be cut to make way for it.

When the car is complete, pro drifter Ryan Tuerck plans on destroying some tires with it. This looks like an awesome build and I can wait to see and hear it in action.