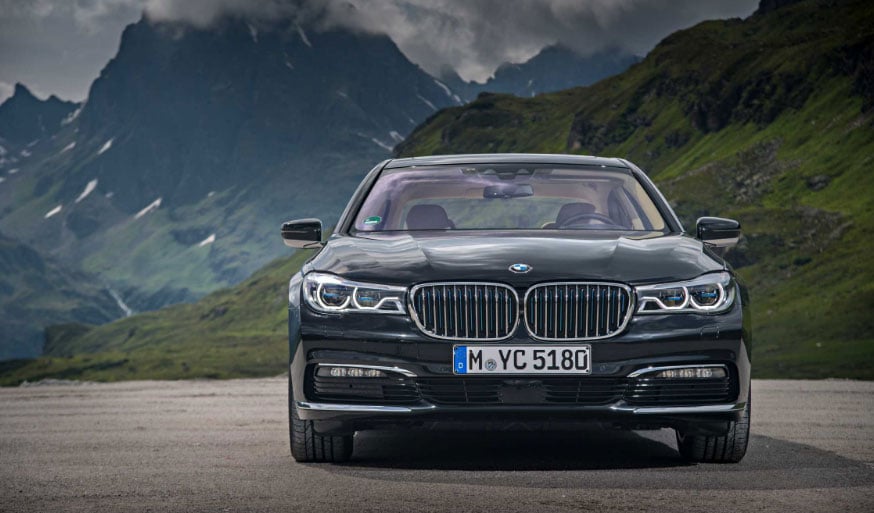 BMW has unveiled a new version of its 7-series, called the 740 iPerformance. It can be had in a standard wheelbase version (740e) or a long wheel base version (740le) with more rear-seat legroom. Power for the car comes from a 4-cylinder TwinPower turbo engine combined with an electric motor and 9.2 kWh battery. 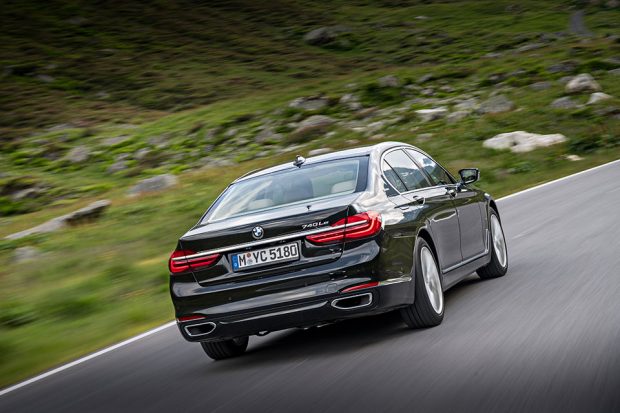 The total power output for the car is 326 hp, with the turbo engine offering up 295 lb-ft. of torque, and the electric motor providing 184 lb-ft, but don’t try adding those numbers up. In peak configuration, the total system torque is 369 lb-ft – still nothing to sneeze at. It has an 8-speed Steptronic transmission allowing manual gear selection. The 740Le xDrive iPerformance variant gets permanent all-wheel drive, which incorporates both the gas and electric parts of the powertrain. 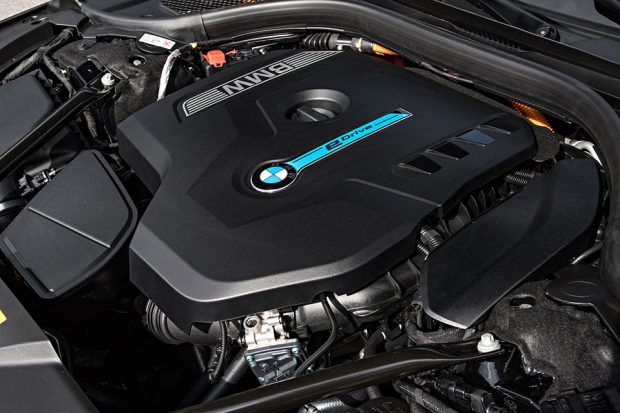 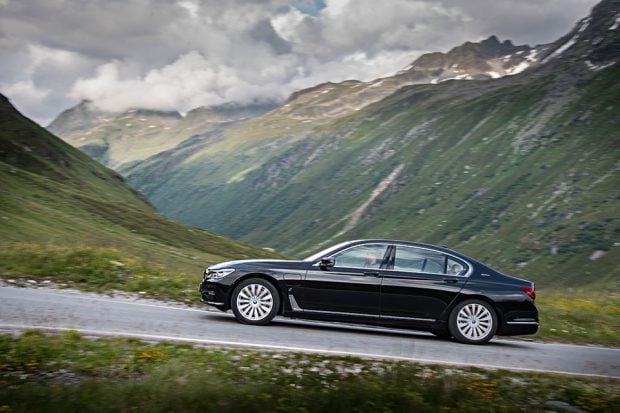 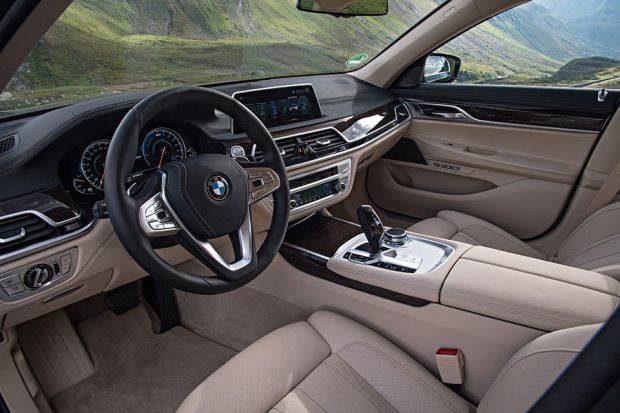 The car can reach 62 mph in 5.3 seconds and consumes only 2.5-2.1 liters of fuel per 100 kilometers. I’m not sure what that works out to in U.S. MPG, but it sounds good for a car this big. There is no word on pricing or availability just yet.