nanoFlowcell EV Uses Fluid Instead of Outlets to Juice up 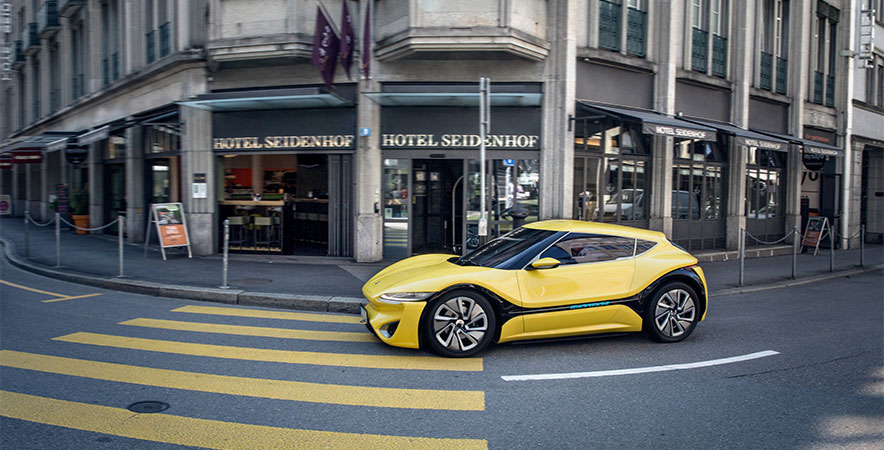 Right now if you own an EV, you have to leave it plugged in for hours and hours to get the battery charged. EV startup nanoFlowcell has envisioned a world where rather than plugging into the electric grid to charge your car, you’d simply fill up tanks of electrolyte liquids used to make the electricity for the car to move.

In their system, a supposedly non-hazardous bi-ION electrolyte solution will be loaded into tankers and taken to the same fueling stations we use already. Dual tanks inside the cars would hold 150 liters (~40 gallons) of the electrolyte fluids. Those fluids would have a positive and a negative charge and would react inside the nanoFlowcell to create electricity.

This means that when you run out of power, all you do is refill your electrolyte tanks and keep driving. No major infrastructure investment would be needed and range anxiety would be a thing of the past. According to the company, their current Quantino prototype vehicle can already drive 14 hours nonstop without refueling. If nanoFlowcell can really pull this off, it might change the automotive world.