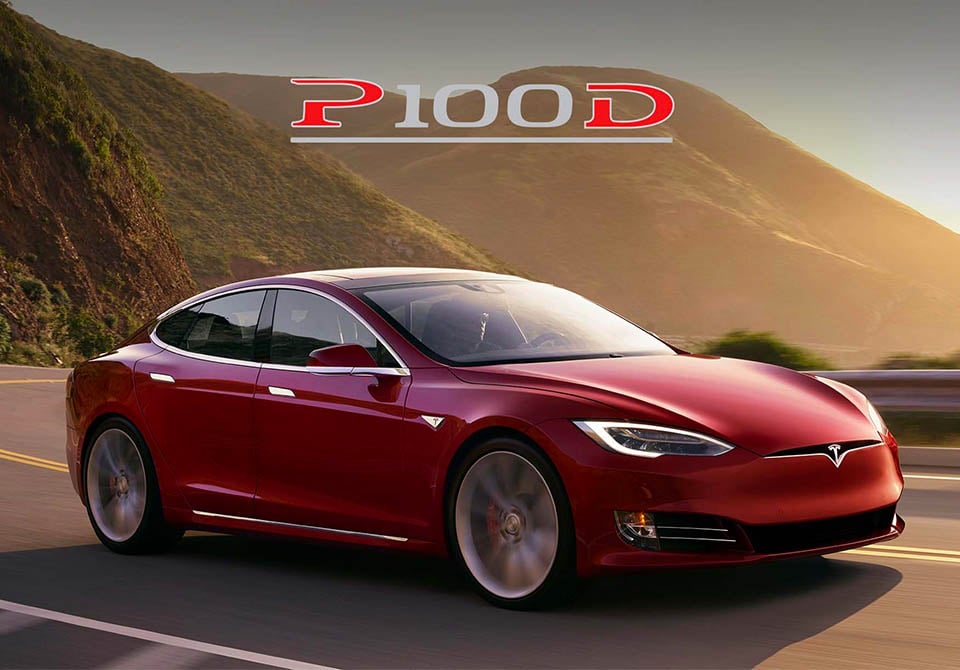 It wasn’t that long ago that Tesla brought out the Model S P90D, which offers very impressive acceleration and range thanks to its 90 kWh battery pack. Now, Tesla has announced that its new top-of-the-line performance sedan – known as the Model S P100D –  will be getting a 100 kWh battery, capable of launching the 5-passenger car from a dead stop to 60 mph in just 2.5 seconds in Ludicrous mode, while also offering a range bump up to 315 miles, based on EPA standards.

This gives the Model S P100D acceleration on par with some of the world’s fastest and most expensive hypercars, along with the first 300+ mile pure EV driving range that I’m aware of in a production car. Naturally, the Model S P100D won’t be cheap, with the car’s base price at $134,500 (before any tax incentives.)