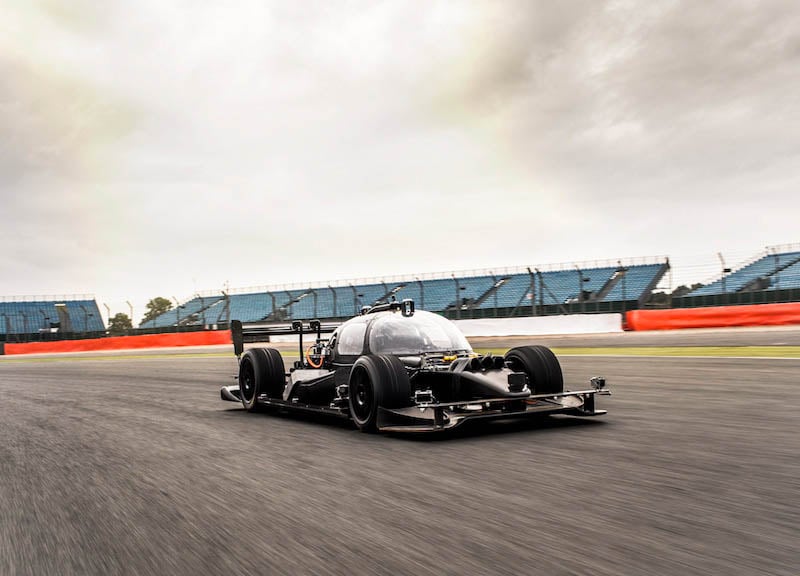 Back in March, we mentioned that a sweet autonomous racing series was in the works that would have racecars with no drivers taking to the track. The only thing we saw at that announcement was a rendering of what the car might look like. An official prototype for that series is now ready for public view and it is called the RoboRace “DevBot.”

DevBot will make its public debut this week at Donington Park to be tested for Formula E racing. While the test mule looks nothing like the futuristic designs initially revealed, DevBot makes use of the same drivetrain, sensors, computation systems and comms tech that the Robocar will use. While the car car race completely autonomously, it does have a cockpit for a driver as well.

The final Roborace car will be unveiled later this year. See the DevBot in action above. It really needs a red light sliding around the front and a chill voice like K.I.T.T. if you ask me.