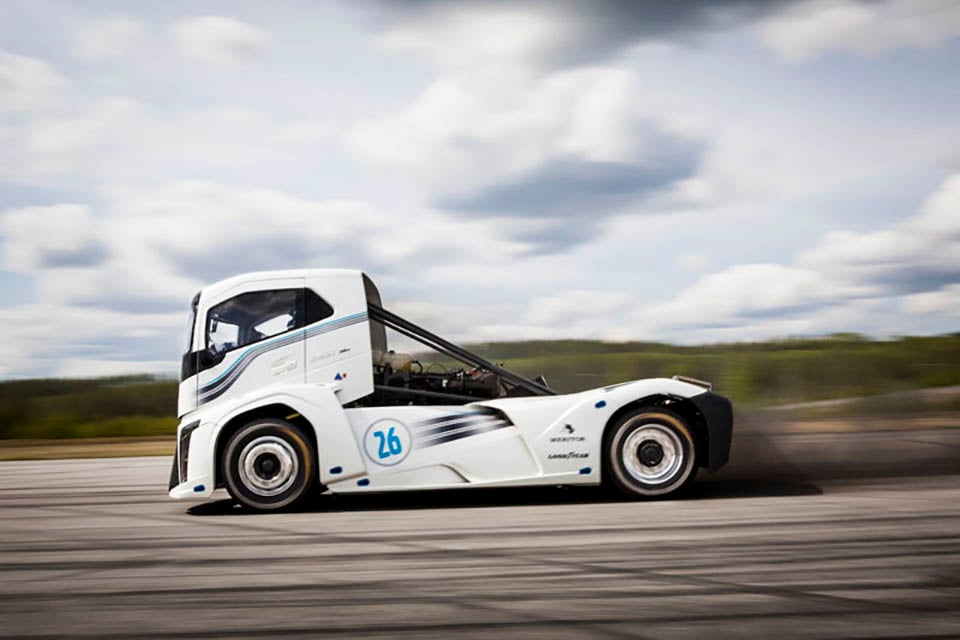 I’ve seen those racing series a few times where big rigs run the track at crazy speeds. Volvo Trucks has announced that its latest racing rig dubbed the Iron Knight has dominated a pair of world records. The records are speed records for 500 and 1000-meter distances.

The Iron Knight can do 0 to 100 km/h (0 to 62 mph) in just 4.6 seconds. While these speeds are nothing by supercar standards, they’re mighty fast for a big rig. Check out the video of the truck performing these feats above.