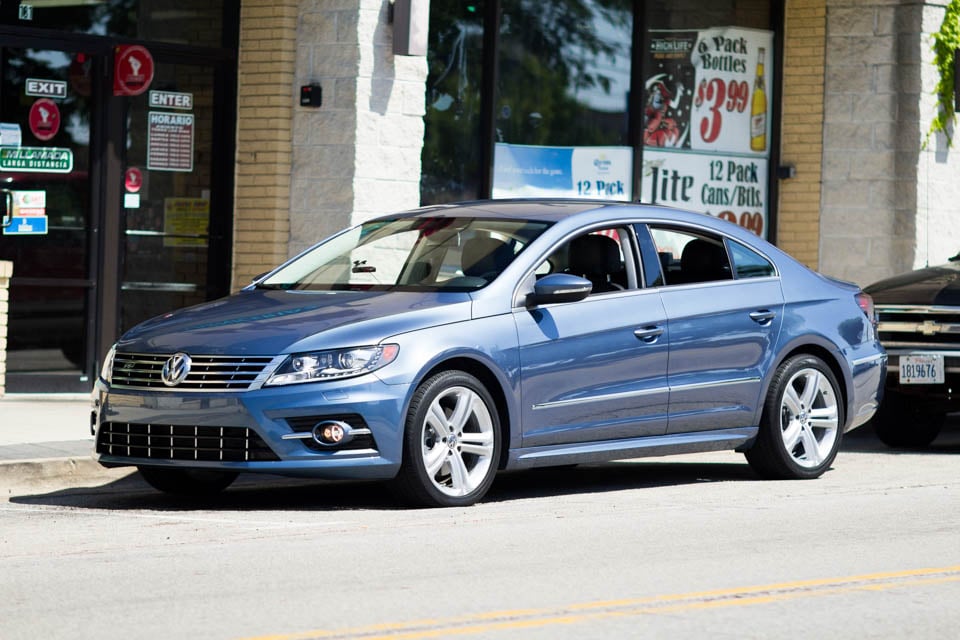 First, the car. This is the 2016 Volkswagen CC R-line. Aside from integration of Android Auto, Apple CarPlay and MirrorLink, what you see here has been available for about three years now. This car does offer one thing special that some of the other mid-size sedans though. The ability to row your own gears. 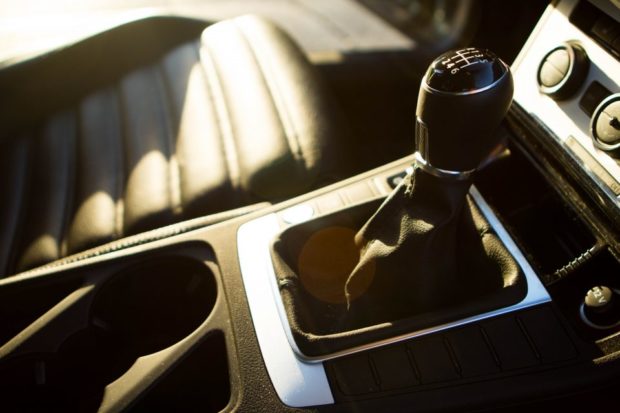 That said, this car represents what I see as a potential opportunity for VW. They need to be serious about the label “R-line.” It’s either going to be a serious performance product, or it’s not. There is no in-between anymore. I say that, because with the CC R-line, I saw potential. The Golf R that I drove months earlier was an amazing blend of performance, practicality and value. It’s understandable that I was expecting the R-line to share some of that DNA. 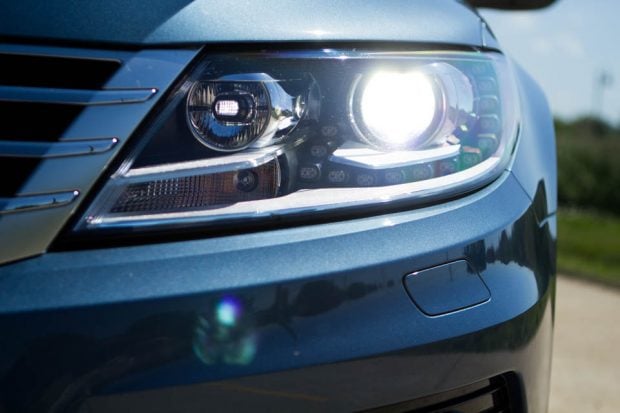 It has near as much the same engine that’s in the GTi, which is promising. I also thought it’d get a nice firm suspension and grippy brakes. Instead it is equipped with a more comfortable suspension. And regular brakes. And tires that put noise above grip in the line of priorities. I thought that the R-line would be a bit deeper than just surface changes. Like most other VW’s, the CC drives very well. However, I think the R-line badge is somewhat misleading.

“They need to be serious about the R-line label.” 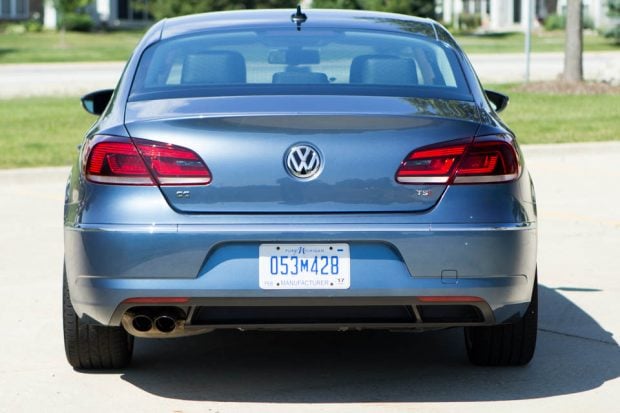 The R-line name might represent a chance to win people over once again. The R-line could be the performance model that isn’t a GTi or GLi. Or it could be the more serious versions of those models, similar to the Golf R. As it stands, the CC R-line needs something more to break away from being average. It’s right in the middle of the pack in terms of performance for a mid-size sedan. After all, it just feels like a Passat dressed in a prettier body. Just like the Passat, the CC does everything perfectly fine. The seats are comfortable, the ride is pleasant, the gear-change is smooth, the brakes are acceptable. In all, it’s perfectly fine as a car. As a performance car, it is not. You don’t get tempted to fling this car into a corner, or use the engine for all of its grunt. It is just a show piece. Sport inspired, but not sport in execution. 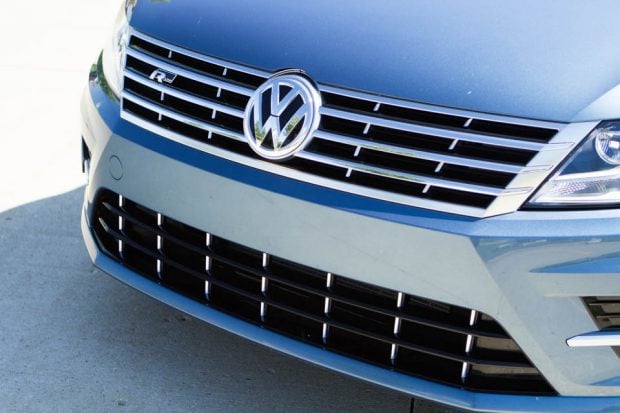 Perhaps I’m judging a good car out of context. Ok, so what if I were to compare it? Lets take the Kia Optima SX Turbo. At no place on that car does it say “sport,” yet it shines in performance and the way it makes you want to press the gas pedal. It also musters out 50 more horsepower out of an engine the same size…

I’m worried about what VW will do. I’m worried that their financial forecast will prevent them from doing more serious performance cars like the Golf R. In my opinion, that’s one of very few things that can actually get people into the showroom. Special editions of cars that exist, like the Beetle Dune, will not be the type of car that turns the company image around. The trust in the product is not getting people in the door any more. 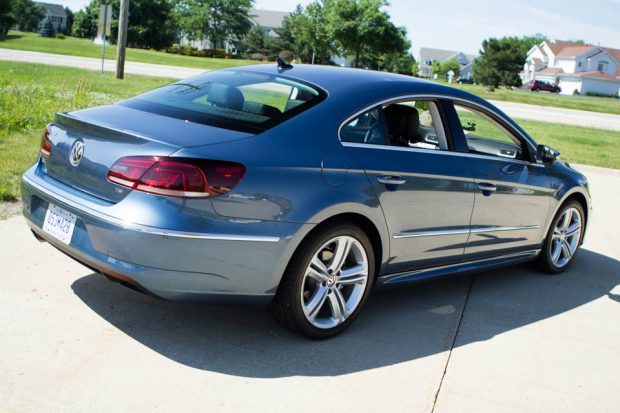 “The Beetle Dune is not going to be the car that turns the company image around.”

VW can – and will – ultimately settle all this diesel stuff with throwing huge wads of money at the problem. They can also leverage the fact that the issue wasn’t with gasoline engines. I fear it won’t win the public over. Volkswagen should put focused attention and investment in performance, in my opinion. Performance is the only thing that can immediately prove itself on paper. Luckily VW has already done that with the Golf R. That’s a car that has been universally praised my auto journalists – myself included – for the incredible way it drives. Apply that ethos to a few more cars in the range and they might be onto something. Jetta R? I like the sound of that. 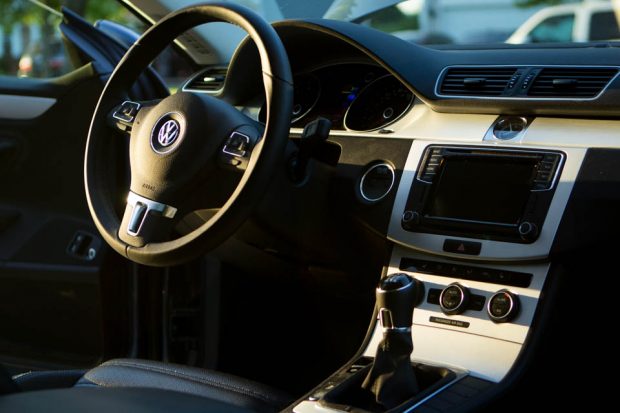 Simply put, the VW CC is a wonderful car. You should buy one. However, if you do, you should immediately slap a tune on it. I hope that VW gets the message and has the R-line reflect the performance that the badge suggests. I do like the CC, it just needs a bit more fizz, rather than just a pretty dress.