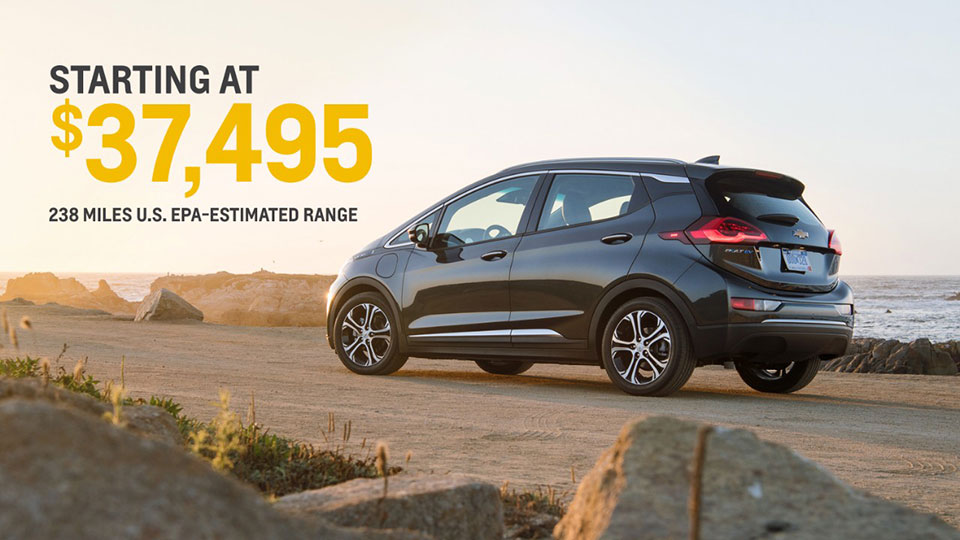 The car starts at $37,495(USD) including destination charges. After the U.S. Federal EV tax credit of $7,500 the car will cost $29,995. The LT has regen on demand, a rear vision camera, a 10.2-inch color touchscreen, and self-sealing Michelin tires. There is a fancier version called the Bolt Premier that adds leather, front and rear heated seats, a surround camera, and a rear camera mirror, though its price is unannounced.

The Bolt EV will hit showrooms in late 2016. While it’s not cheap as compact cars go, it’s well priced for a full EV with this kind of driving range.