It’s an annual tradition for the fine folks at Motor Trend to gather together some of the greatest supercars of the year to see how they perform, and to choose one driver’s car to rule them all. During the 2016 Best Driver’s Car selection process, the team put a baker’s dozen of sports cars on the runway to see which could run the 1/4 mile fastest.

Among the candidates for this year’s epic drag race were a Dodge Viper ACR, a Nissan GT-R, an Acura NSX, a Shelby GT350R, a Jaguar F-Type SVR, a Chevy Camaro SS 1LE, a McLaren 570S, and an Audi R8 V10 plus, among others. And just for shits and giggles, they brought along a long term Dodge Charger Hellcat loaner to see how it stacked up to the rest of the pack. 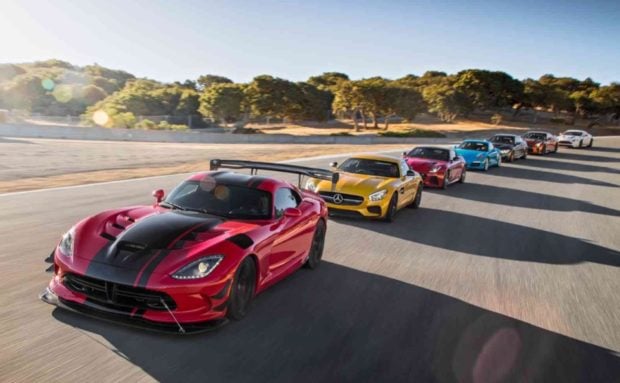 I won’t give away the winner, but I will say that it wasn’t the same vehicle that won Driver’s Car of the Year. For all of their detailed findings, You can check out the full Best Driver’s Car story over on Motor Trend, and in the fantastically in-depth comparison video below: