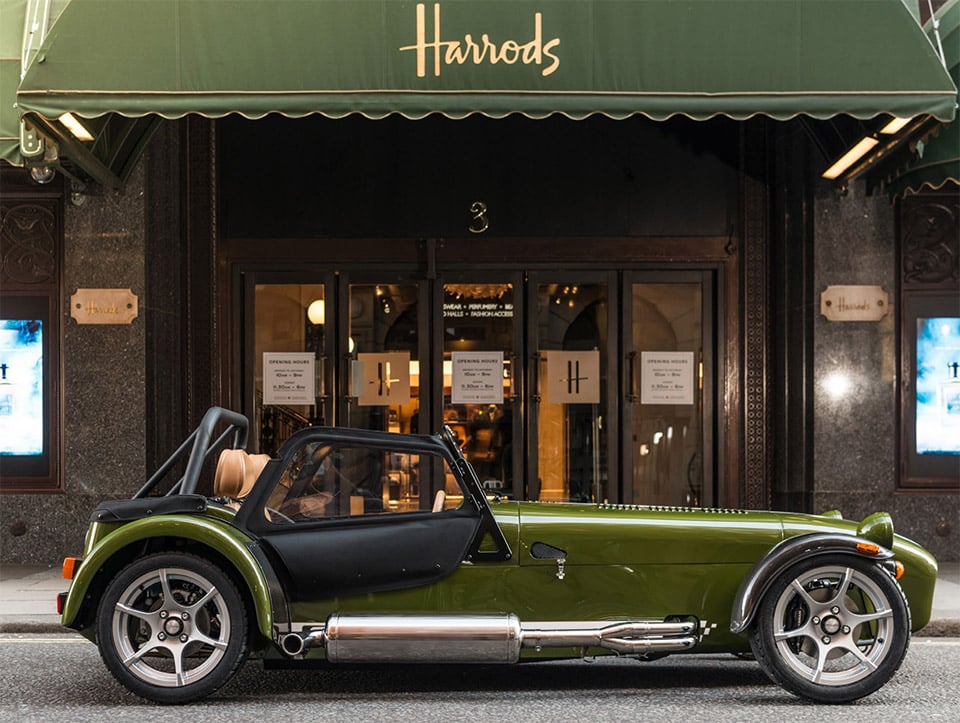 Harrods is one of the most well known and longest standing department stores in the UK. Now, they’ve teamed up with Caterham Cars for a special, one-off Caterham Seven. 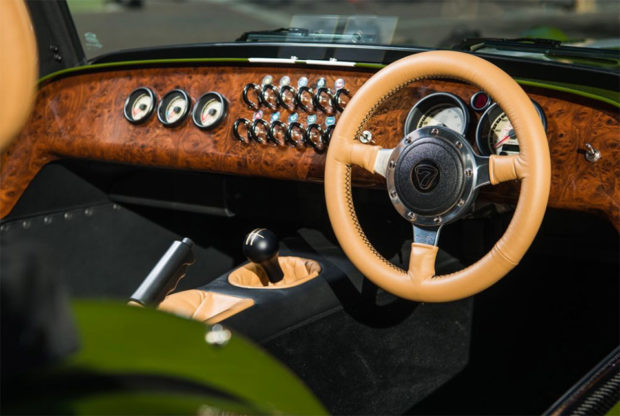 The car is the first design from the new Caterham Signature service. It has a special green body and powder coated gold chassis which match Harrods’ color scheme. Through Caterham Signature, you can get a bespoke Seven with virtually every design aspect of the car customized, from its chassis and interior panel colors, to its wheels, carpets, seats, instruments, and decals. 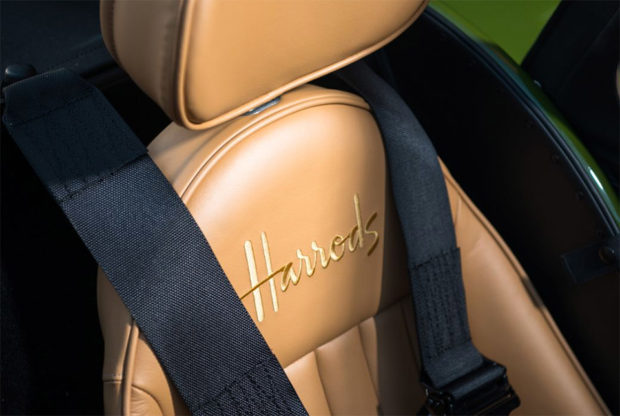 Caterham Cars has offered up a new video that shows the Harrods Seven being built, and it really looks fantastic.

The only thing I don’t care for in the style of the Caterham Seven is the soft top; it looks rather like a bad toupee.