Clive Owen Returns in “The Escape” from BMW Films

Going back and watching a movie or television show from your youth isn’t always a great idea. Somehow, it’s not the same as you remember, and the nostalgia you feel for the product is better than the actual product. Then, there’s remakes and sequels, which oftentimes destroy something good in the name of more clicks and views.

Clive Owen had to be aware of that when he signed on to be the professional driver in the BMW Films series. What I can safely tell you now is that the current released, titled “The Escape,” is everything good that I remember from the old series and feels like a natural continuation of the franchise. 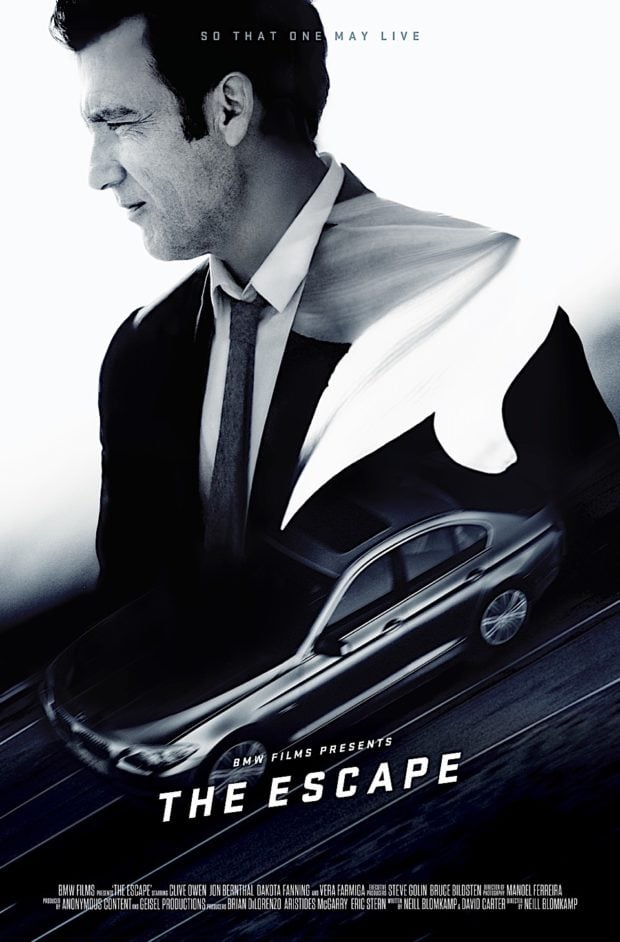 In the early 2000s BMW worked with some famous directors and stars to produce a series of short films. They were around 10 minutes long, and featured a BMW vehicles as the driver’s choice of car. But the films felt more like product placement than product advertisement, and many still hold up today. One personal favorite, “Star,” even featured Madonna and was directed by Guy Ritchie.

Like the ones of old, the new film has an all-star cast. Dakota Fanning plays a human clone in distress. Jon Bernthal, known as a baddie in about everything he’s in, reprises his role of a baddie and is the film’s antagonist. It’s all directed by Neill Blomkamp (District 9, Elysium, Chappie). Clive Owen drives a not-yet-for-sale 2017 BMW 5-Series.

“The Escape” is such a joyous way to spend 10 minutes of your time, and has everything you’d expect from a Hollywood blockbuster. At no point does it feel like an advertisement for BMW. It’s magic, and I’m glad it’s back.