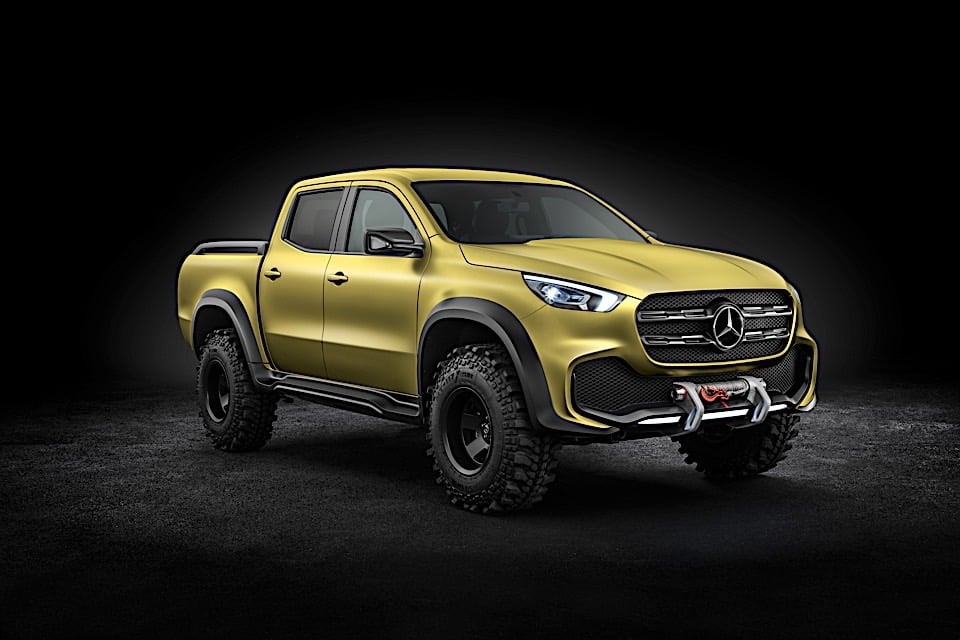 The new Mercedes-Benz X-Class pickup truck is a handsome mix between an AMG GT and a Ford Ranger. It’s a premium offering that will sell well around the world. But Mercedes-Benz has no intention on bringing that money maker to the United States, even though trucks are selling for insane prices here. Why? The Chicken Tax is surely to blame.

The chicken tax is a 25% tariff on potato starch, dextrin, brandy, and light trucks imposed in 1963 by the United States under President Lyndon B. Johnson in response to tariffs placed by France and West Germany on importation of U.S. chicken.

Even if Mercedes-Benz could sell the X-Class here in the United States, it’d be subjected to the 25% tax just for bringing it into the country. That’s a lot of money and has prevented foreign small pickup trucks, like the Volkswagen Amarok, from coming here.

Unless Mercedes-Benz builds a truck plant in the United States – and they won’t – we won’t see the X-Class for sale here any time soon. Based on the current politics in the United States, I’m also not expecting the Chicken Tax to go away soon either.