Grappler Wraps Fleeing Cars in a Netty Grip of Stoppage 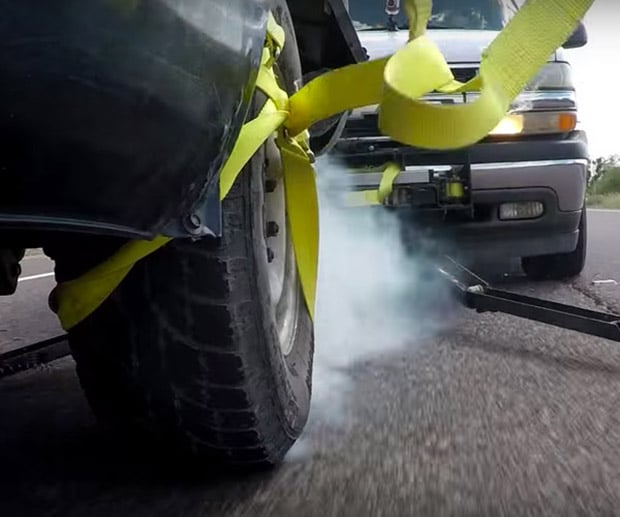 People who run from the cops are idiots. The only thing they accomplish in most chases I have seen is delaying the inevitable capture, risking their lives and those of others, and making for some interesting news reports. The problem for cops is that one of the only effective ways to stop fleeing drivers in high-speed chases is the PIT maneuver where the cop slams into the side of the vehicle or spike strips to pop tires and slow the suspect down.

Neither of those moves work all the time, and can also create hazards for their own vehicle and other cars. A new method of stopping high-speed pursuits is now available called the Grappler Police Bumper. In a nutshell, it’s a deployable net that sticks out in front of the police vehicle, and when the cops sneak up behind the fleeing suspect and ram the net under the rear tires, it stops the car cold. Check out the video to see how the Grappler works:

The net winds around the rear wheels of the fleeing vehicle and locks up the spinning rear axle. The fleeing car screeches to a halt and then the chase is over. The net can either be kept attached to the police car, or deployed to just stick with the suspect vehicle to maintain a safer pursuit distance.

Pricing is unannounced at this time, but the device certainly seems simple enough.