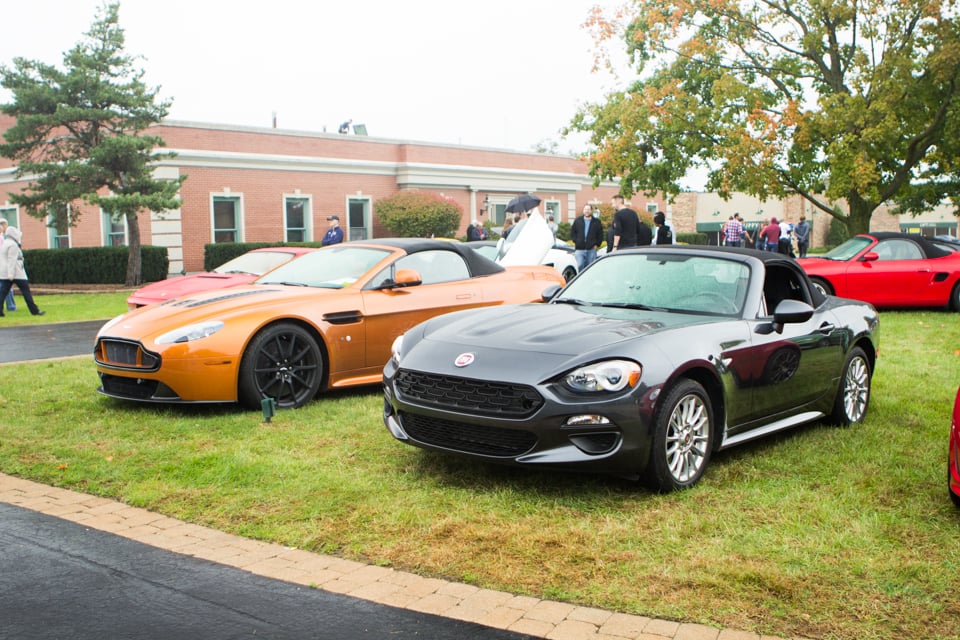 Let me start out this review by saying I am most definitely an old soul. You wouldn’t know it by looking at me, but I can name for you more songs by Rosemary Clooney than is publicly acceptable. I have a camera that uses 620 film. And I have a Roberts Numbering Machine that does nothing but sit on my desk simply because I like looking at it. That should set the tone for the nonsense you’re about to read below. 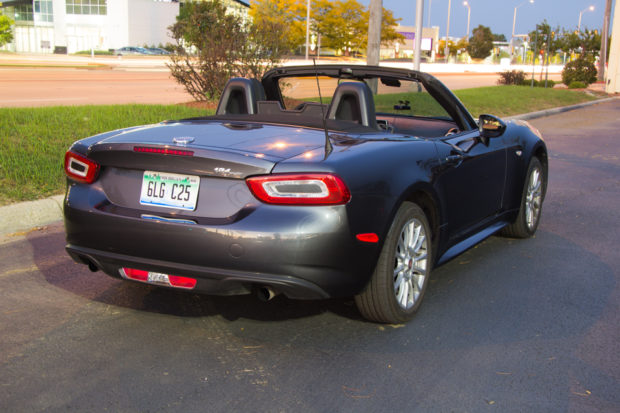 The “Fiata” – as it is called due to sharing a chassis with the ND Miata – had all the right ingredients to set my soul on fire. I’d driven the ND chassis in the form of the absolutely delightful ND MX-5, and given the 124 was going to be equipped with the heart and soul of the provocateur known as the Fiat 500 Abarth, I needed to have a few moments to myself when I got the confirmation that I’d be driving it for a week. 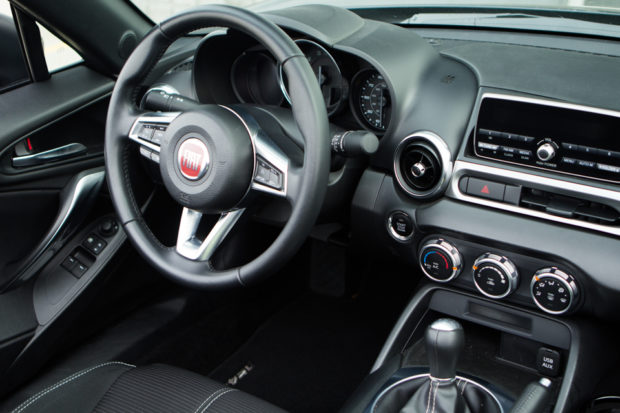 The Classica is the fiscally efficient way to enter Fiat 124 ownership. This one is the most stripped back of all. With only destination charge being added to the base MSRP, you’re looking at $25,990 all-in. Not bad considering the MX-5 mentioned above rang in at $7,130 dollars more. Yes, that’s a pretty significant difference. Granted you’re left without the Bose stereo with the speakers in the headrests, and you don’t get the Brembo brakes or BBS wheels or upgraded suspension components. Instead you get a simple radio, and standard brakes that still work perfectly fine. You do get softer suspension which rides on smaller (and uglier) wheels. But I didn’t care. I liked it better that way. 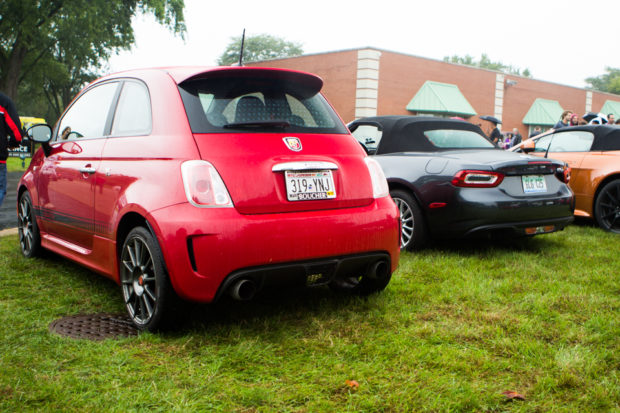 Ride quality has really been the victim of on-paper stats lately. As long as something can generate 0.004 more G-forces in a corner, it’ll win tests by other bigger publications. For the most part, I don’t like those kinds of cars as daily drivers on the street. They’re too harsh and too rough. Tell me the last time you cornered at +1.2G’s in downtown Chicago or cornered that hard while cruising down the highway. You haven’t. Plus, as a racing instructor I spend all day in cars with rock stiff suspension. My spine takes such a beating that I’m usually an inch shorter by lunch time. As such, soft riding cars are my inversion therapy. And that’s the 124.

“My spine takes such a beating that I’m usually an inch shorter by lunch time. As such, soft riding cars are my inversion therapy.” 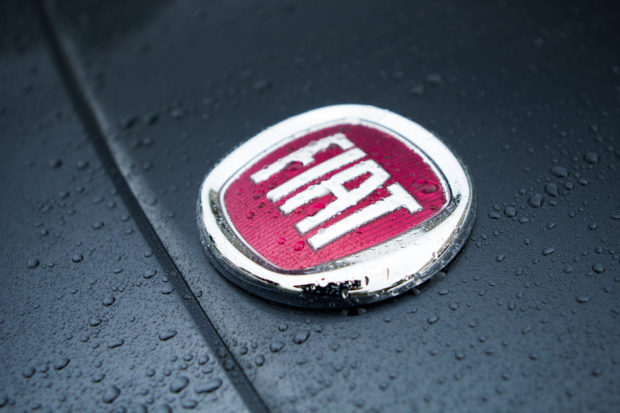 For something that scarcely weighs more than a home-made coffee table made out of an old pallet, the 124 has a magnificent ride. In the week that I had it, I spent most of my time on mixed smooth and pock marked public roads, and not once felt like I was getting compressed… aside from the slightly narrow seats. When the wick is turned up a bit, it has even more body roll and suspension articulation than the MX-5 Club. That’s expected, and honestly it makes the 124 more fun to hustle around, feeling the wheels rebound and sniff out new areas of grip. There’s very little protest from the front or the back about the increase of speed either. It’s not the sharpest car in the world, but it is neutral, tossable, flickable, and predictable. This is really when it comes into its own.

“It’s not the sharpest car in the world, but it is neutral, tossable, flickable, and predictable.”

The best part about turning up the tempo comes from the engine. Fiat’s 1.4 Multiair turbo engine is yanked from the Abarth, turned 90 degrees to face the correct direction and mated to a near perfect 6-speed manual transmission. It doesn’t have the low-end grunt of the MX-5 but it does have more kick in the mid range and at the top-end. 5 additional horsepower, in fact, but even more for torque. The tiny 1.4 pushes out an impressive 184 lb-ft. of torque. That extra punch is felt once you climb past 3,000 RPM. And then, unusually, there’s another kick at about 5,200 RPM. I’m used to turbo cars falling flat on their face after the 5K mark, so feeling the Fiat pull hard all the way to redline was astonishing. This is when I started to like the Fiat more than the MX-5. 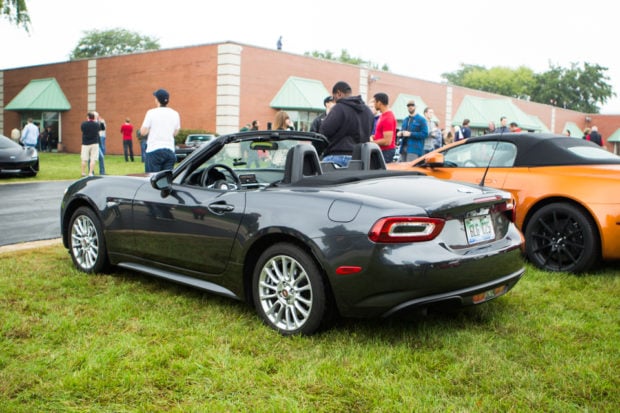 Where the MX-5 feels rushed towards redline, the Fiat is much more lazy. There’s low end torque to thrust you along, even if you’re in the wrong gear and simply put, it feels faster.  And since I’m not on a race track all the time, I prefer that. I was a bit let down by the fact that this engine doesn’t echo the pops and bangs of the Abarth. In terms of audio, there’s nothing to write home about. It’s quiet, and civilized. 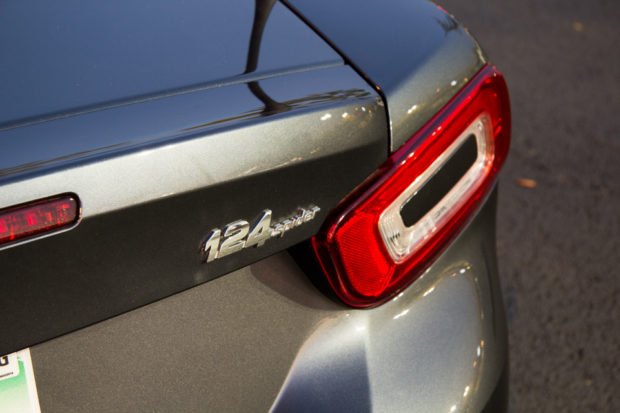 It must be said, there’s one glaring issue about the 124. On its own, it looks OK. Compared to the svelte lines of the MX-5, it comes off a bit odd in its proportions. The old 124 had deeper sugar-scoop head lights and had rear quarter panels that had an upward flick from where they met the trunk lid. This does as well, but it doesn’t quite work from some angles. I’ll forgive it for that, because I’d much rather spend time inside of it than outside. And I’d much rather spend time in this car than just about anything else I’ve been in this year.