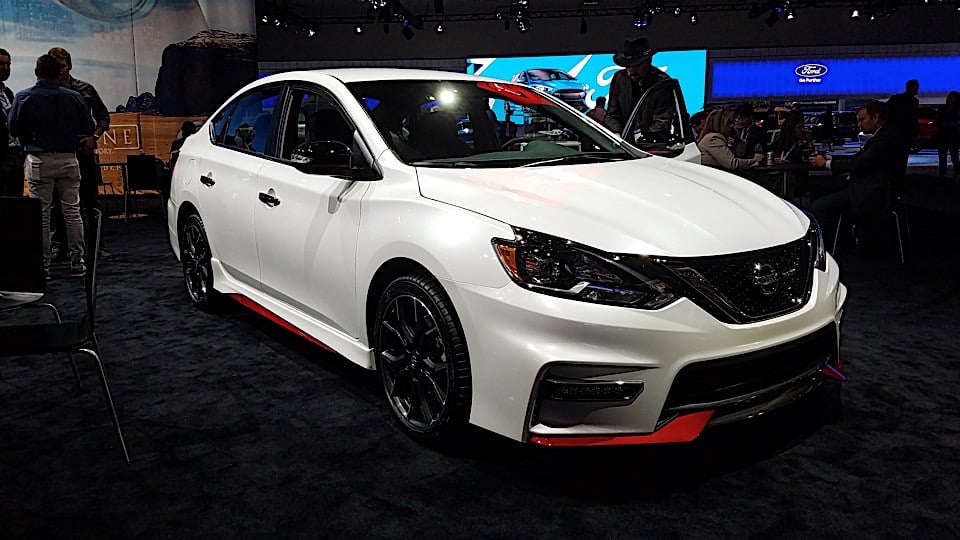 Back in the late 1990s and early 2000s, sport compacts were all the rage in the car world. It wasn’t uncommon for someone to lust after an Integra Type-R or a Civic Si. While they were still economy cars in many ways, they were designed to be special and a joy to drive. Nissan participated in this game, offering up the Sentra in SE-R and SE-R Spec-V trims. While maybe not as popular as the Civics of the time, the Sentras offered a lot to the buyer who wanted to be a little bit different but still have a fantastic platform from which to build a car.

Today the Sentra is… well it’s a Sentra. It’s reliable, affordable transportation with good safety features, but it’s hardly the pinnacle of driving performance. Recently, Nissan added the SR Turbo to the lineup, which injected some much-needed fun under the hood, but not into the external appearance. To the untrained eye, it’s just a normal Sentra. That sleeper look might appeal to some buyers, but Nissan had more in store. 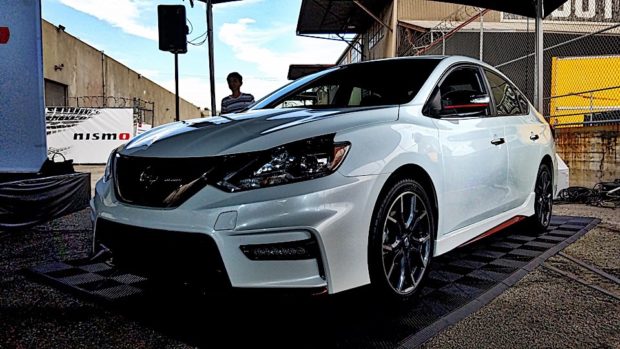 Enter the Sentra NISMO. Based roughly on the Sentra SR Turbo (as in they have the same engine), the Nismo gains some functional bodywork, tuned suspension, slightly different exhaust, better brakes, and more. While it’s not the hottest car we think Nissan could make, it does turn up the excitement for someone looking for a nice-handling car that doesn’t break the bank.

If you look at raw numbers, you might not be impressed with the new NISMO’s 188 horsepower and 177 lb-ft. of torque. You might even notice that that’s virtually unchanged from the Spec-V Sentra SE-R from over a decade ago. While it’s difficult to argue with those specs, as with many things, if you only focus on the numbers you’re missing the point. 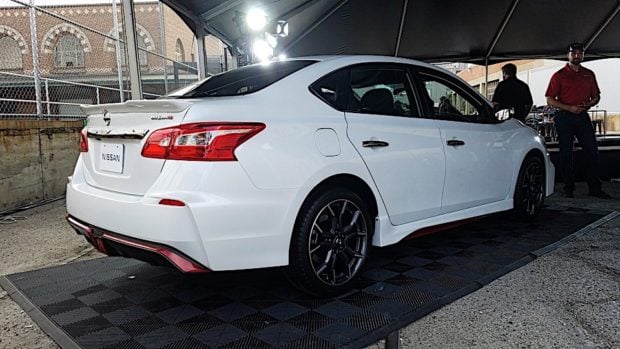 A nicely-equipped Sentra NISMO will cost you around $25,000 (USD). While you can possibly get into a Golf GTI or a Focus ST for that price, you’ll be looking exclusively at the base versions of those cars. We see this car’s direct competition being the new Hyundai Elantra Sport more than we see it being a GTI.

What’s it like to actually drive? Unlike other product reveals, Nissan actually had several of the new Nismo Sentras on hand for journalists to drive immediately following the reveal. While downtown Los Angeles is hardly the place to learn about a car, it was a good sample of what you can expect from the ride. 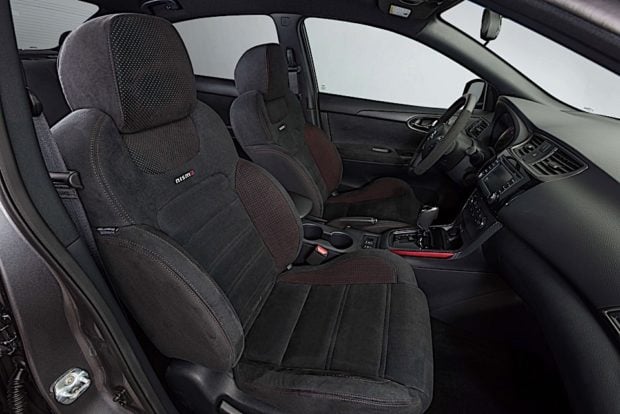 Thankfully Nissan offers the Sentra NISMO with a 6-speed manual transmission. A CVT is an option, of course, but why would you? It’s not the best manual gearbox in the world – the throws are long and a bit sloppy – but the fact that Nissan offers it should be applauded.

On the streets of Los Angeles the car felt a lot like the SR Turbo we sampled earlier this year. The one complaint we did have – not sounding sporty enough – is fixed with the NISMO. Some work is done with the muffler to make it sound a bit racier than it did before. Now it sounds like a special Sentra but not over-the-top boy racer. 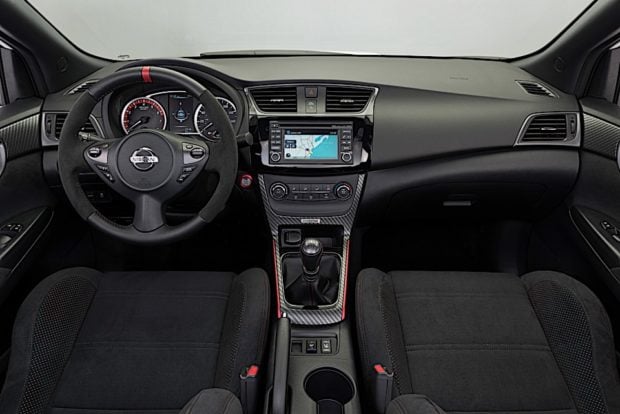 The price is solid and the practicality is there. Especially in white, we think the Sentra NISMO is a looker. It also gives us hope from Nissan. Even if this isn’t the car for you, Nissan is testing the waters for high-performance variants of their everyday cars. Could that mean the return of the SE-R and Spec-V? We can hope!