Jeep Wrangler JK to Get a Glorious End Run 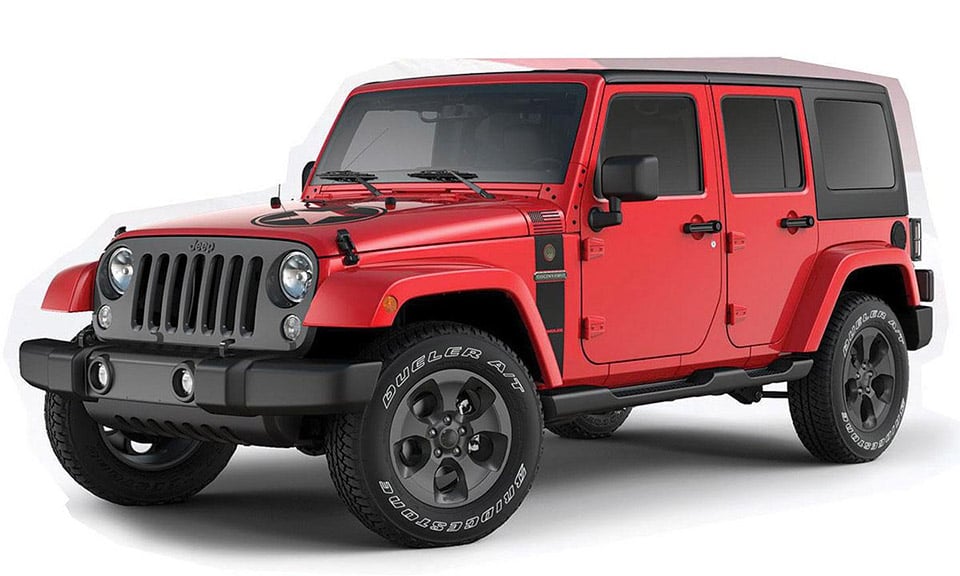 At this point anyone into Jeeps know that there is an all-new Wrangler in the works. That means that the current generation Wrangler JK, which is incredibly popular, will be getting a big send off into oblivion. Its final days will include six special edition JK Wranglers, according to a recent report by Automotive News.

Dealer ordering information tips that the special Wranglers will include a Wrangler Sport Freedom and Sahara Winter Edition as the first two available. That Freedom edition will apparently be festooned with Stars and Stripes. Pricing is tipped for $30,690 for the 2-door and $34,590 for the four-door launching this month and available until February.

The Sahara Winter is expected to have special badges and some other touches with prices at $37,440 and $41,240 for two and four door version respectively. Other special editions to come include the Sport Big Bear, Sahara Chief, Sahara Smokey Mountain edition, and the last will be the Rubicon Recon edition replacing the Rubicon Hard Rock.

These special editions are expected to debut through the middle of 2017 when the new Wrangler is expected to begin production.