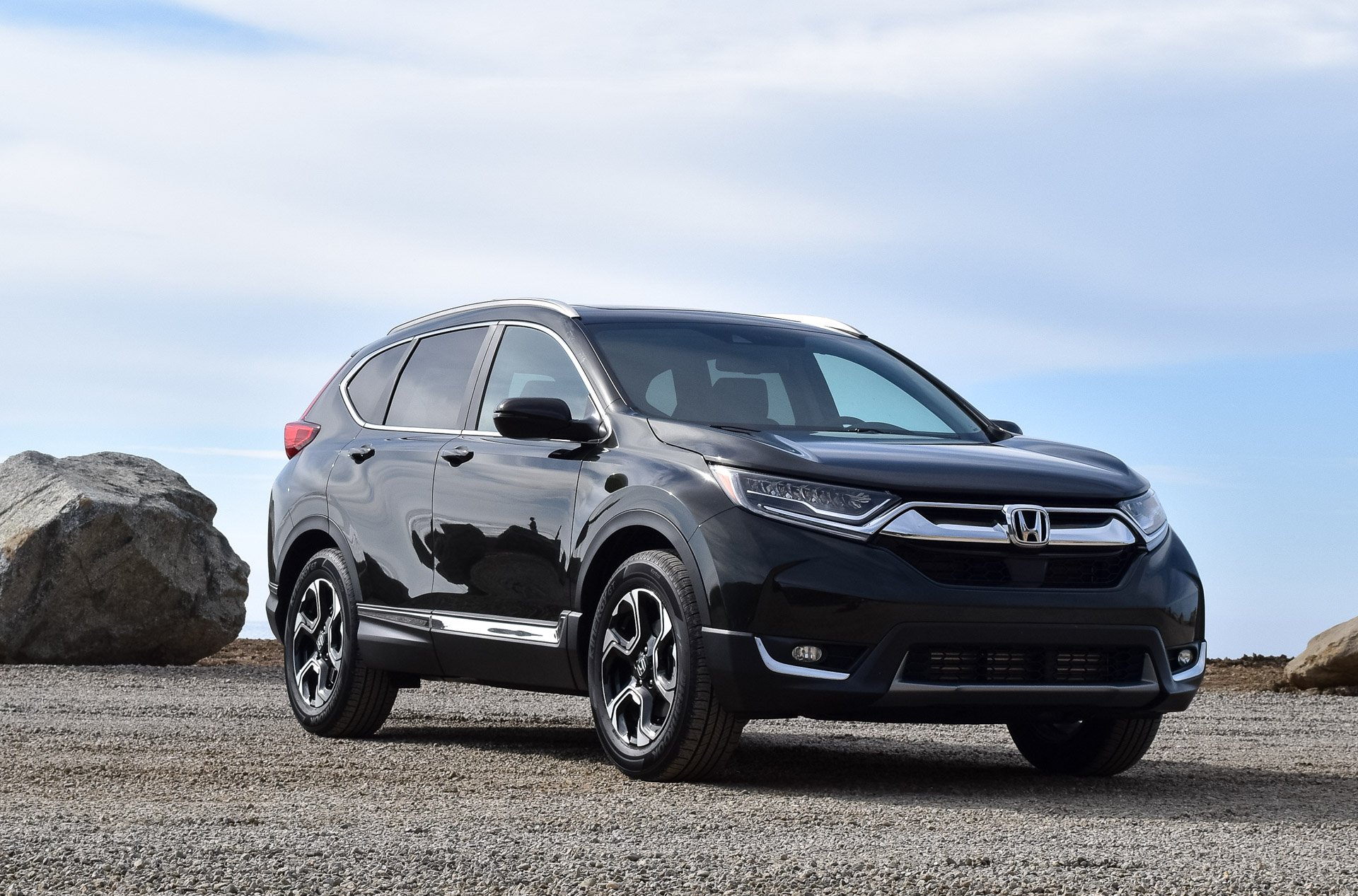 When you redesign a top-selling vehicle, you’re taking a big chance. Honda is a company not known as a risk taker. So, while it has long been planned to update and redo the Honda CR-V for 2017, it’s still a big risk for Honda.

Honda picked a gorgeous part of the country to unveil the new-look CR-V. The Monterey peninsula was home to the first-drive event. We drove up and down the Pacific coast, between Monterey and San Francisco, showing the versatility of this crossover – capable of traversing the windy, twisty mountainside roads, the sandy beaches of the Pacific Ocean, and the crowded urban streets of San Francisco. Whatever situation the CR-V was in, it handled itself well, which is exactly what you expect from a vehicle like this. 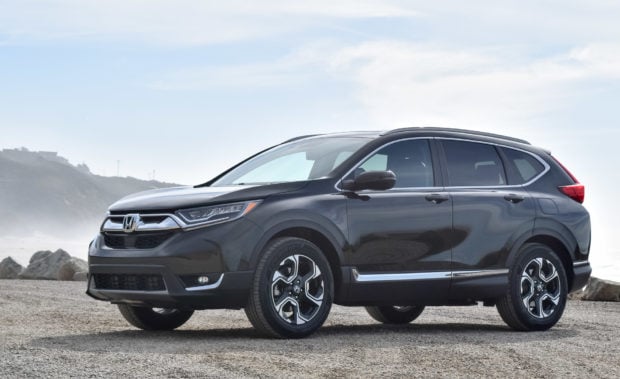 The conservative-looking previous generation CR-V is a thing of the past. The ’17 CR-V is a lot more aggressive looking. The modern wing-shaped LED headlamps (available on the Touring trim), and the dual exhaust and rear spoiler give the CR-V an bold and stylish posture. The sloping A-pillar adds to the overall appeal of this crossover. Simply put, on looks alone, the 2017 Honda CR-V is the best looking it’s ever been and will challenge its rivals who have already raised the bar in this competitive segment. 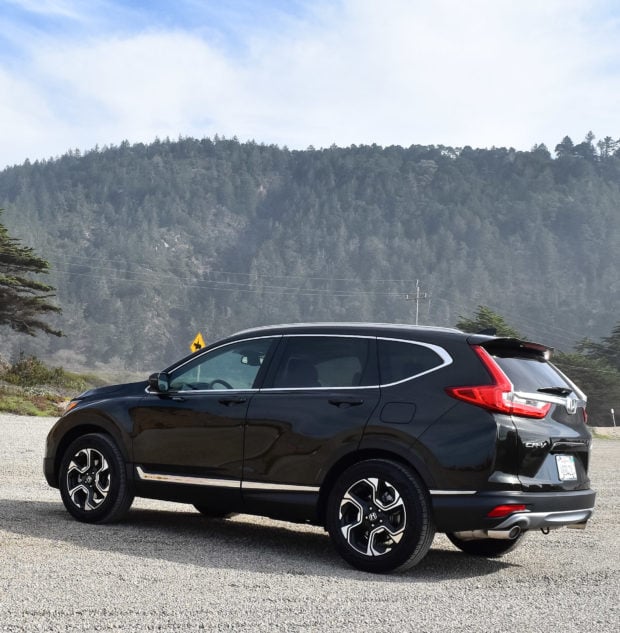 Following a popular trend, Honda adds the first ever turbocharged 4-cylinder engine to the CR-V. This turbo is available on all EX and higher trims. This 1.5-liter direct injected engine has 190 horsepower and 179 lb-ft. of torque. The engine feels like it overperforms those numbers as it feels punchy and, at times, aggressive. Off the line it’s ready to go, and in the lower end, the continuously variable transmission holds well. There’s only a slight amount of turbo lag. And, Honda’s engineers added tune points within the CVT to give the feel of actual shifting, which is a win considering my disdain for CVTs.

The 5-passenger CR-V sees a fuel economy improvement this year, thanks to the CVT and new smaller, turbocharged-engine. The 1.5-liter CR-V with FWD has an EPA rating of 28 mpg/city and 34 mpg/highway. The AWD version has a rating of 27/33. 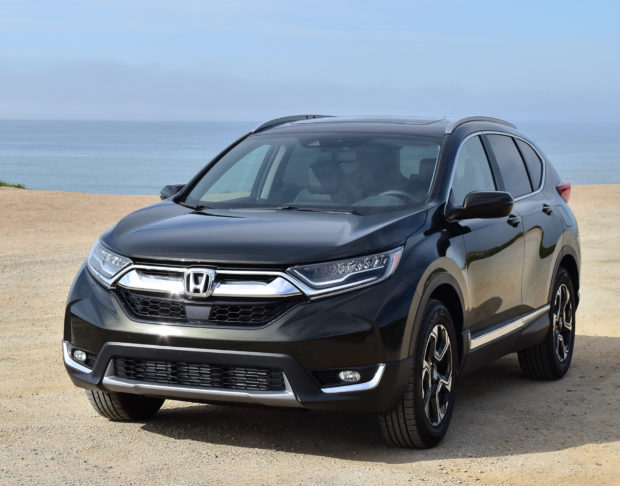 All-wheel drive is offered at every trim level. Honda has upgraded their Real Time AWD system to allow for improved overall handling. We felt it for sure in the higher elevations of redwood forest where the compact crossover held tight to the twisty road. It was confident in its performance, which is exactly what this family vehicle needs to be. Overall, the ’17 CR-V is more confident, more agile and certainly more fun to drive than the previous generation, which was steady, but pretty boring.

Like the upgrades in powertrain and exterior appearance, the CR-V makes significant improvements to the interior. The previous generation CR-V was dull, and the lower trims didn’t have the quality that you’d hope for. But at every trim level, the new CR-V has substantially better materials. Stitched seats are comfortable and look well made. The soft dashboard is not only stylish, but helps reduce road and wind noise. 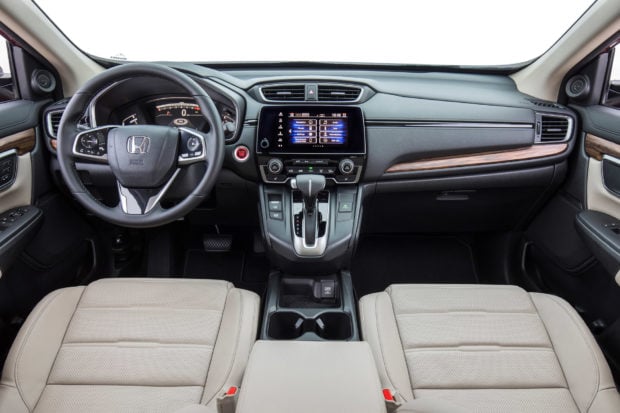 Rear passenger space is increased thanks to the redesign, and it’s felt in improved legroom without losing any headroom. Cargo behind the second-row seat is 39.2 feet. Fold the second row flat, and that cargo area increases to 75.8 cubic feet, big enough for a bicycle. 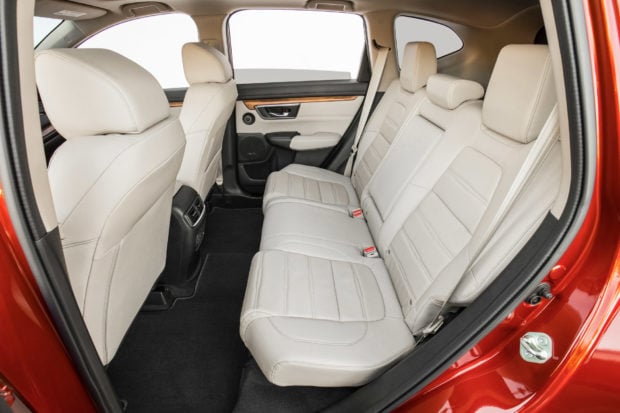 Additionally, access to the rear is easy with a hands-free access, where you kick your leg under the bumper. Though not a new technology in the industry, this is a first for the CR-V. Additionally the rear door swings up and can be adjusted in height, which is great for improving reach for shorter drivers, or taller drivers who don’t want to duck or hit their head on it. 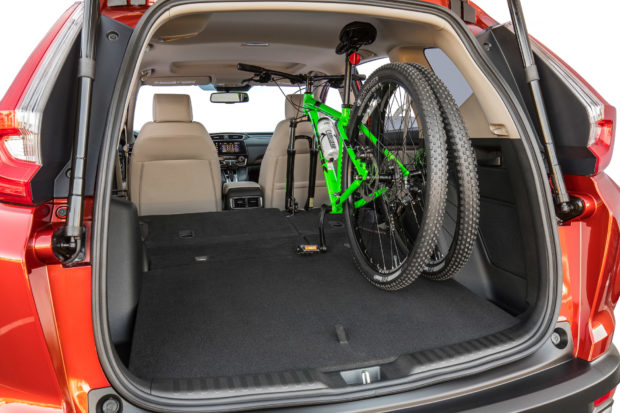 The 2017 Honda CR-V will be available in mid-December for purchase and will come in four trim levels: LX, EX, EX-L and Touring. Some of the new features available include: remote engine start, heated side mirrors, USB charging ports, 8-way power seat adjust and 4-way lumbar support.

Crossovers are insanely popular and the CR-V is one of the most popular. It has surpassed 300,000 vehicles sold for four years straight. So, knowing all that, tip your hat to Honda for not playing it safe with the CR-V. A simple refresh would’ve sufficed. Some minor tweaks to the power plant would’ve been enough. But with the 2017 Honda CR-V this crossover raises the bar for the rest of its competition and shows it’s going to challenge again, and in years to come, as the top-selling crossover. 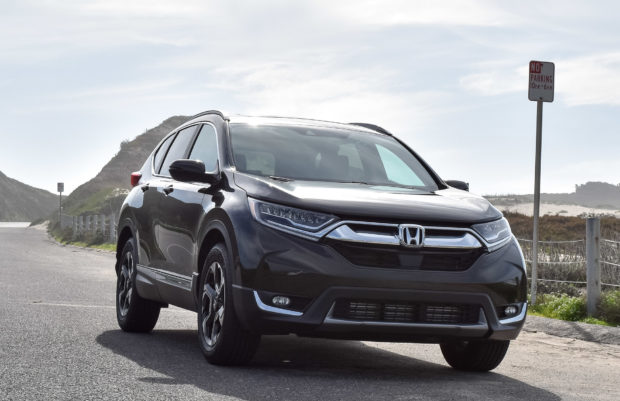 Pricing for the 2017 Honda CR-V starts at $24,925 in LX trim, $27,575 in EX trim, and $33,275 in Touring trim. Pricing for the EX-L has yet to be announced. With an attractive, aggressive exterior, a turbocharged, fuel-efficient four-cylinder engine, and a roomy, high-quality interior, the new-look CR-V just may be the ideal family vehicle.