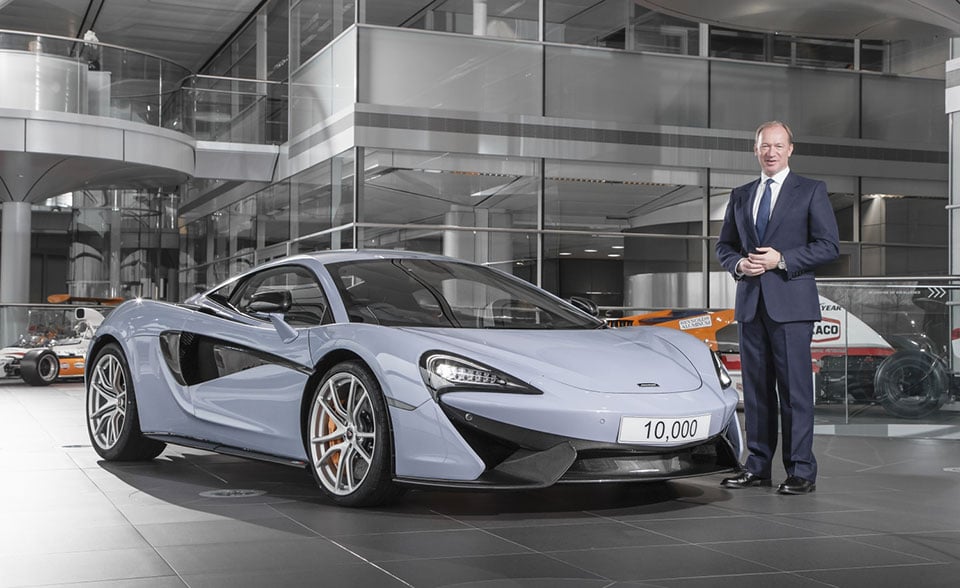 McLaren automotive celebrated a major milestone this week with the construction of the 10,000th car for the McLaren Production Center in Woking, England. The magic 10,000th car was a 570S painted in Ceramic Grey from the MSO Defined palette.

The 10,000th car rolled of the production line a bit more than five years after the very first ride was built at the facility, a McLaren 12C. McLaren has been growing in volume to the point where in early 2016 a second shift was added to increase volume for the Sport Series of cars. That series includes the 540C, 570S, and 570GT. 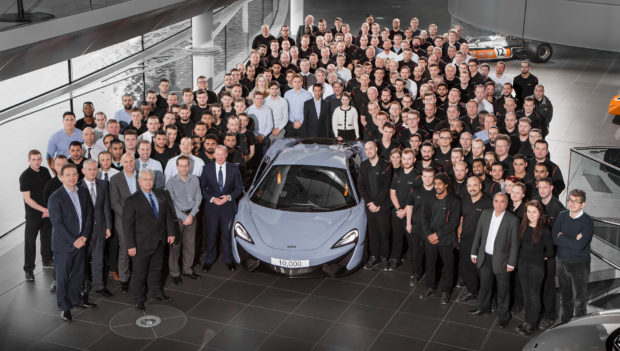 Adding that second shift took capacity from ten cars to 20 per day. McLaren also says that it doubled its sales to over 3,000 cars in 2016 – not bad for a company whose “entry-level” pricepoint is about $165,000.