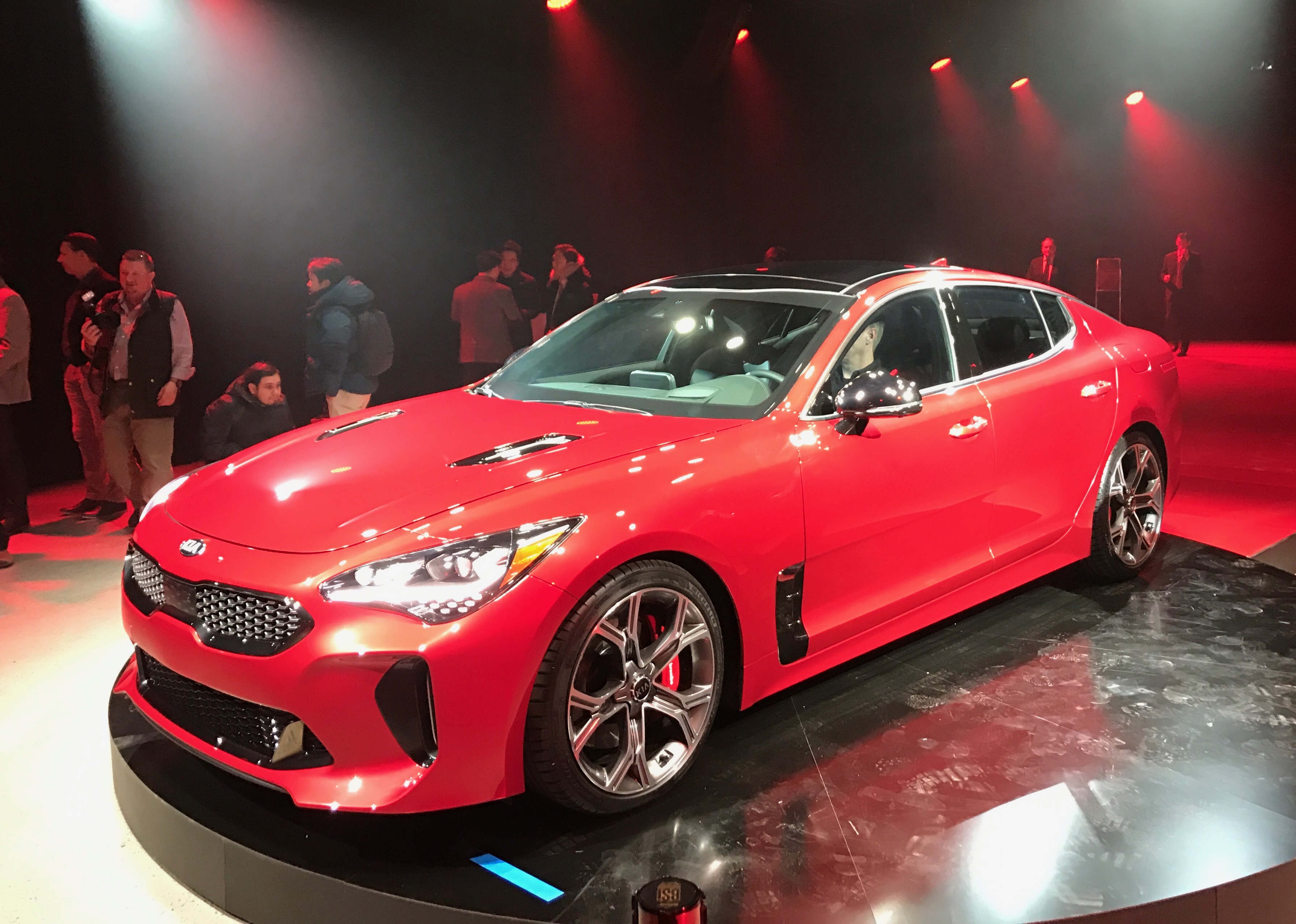 After teasing us for a while now, Kia officially took wraps off its hotly anticipated new sports sedan, the wonderfully-named Stinger GT. The new sedan looks amazing with long, lean lines, and lots of cool design touches under the watchful eye of design boss Peter Schreyer. 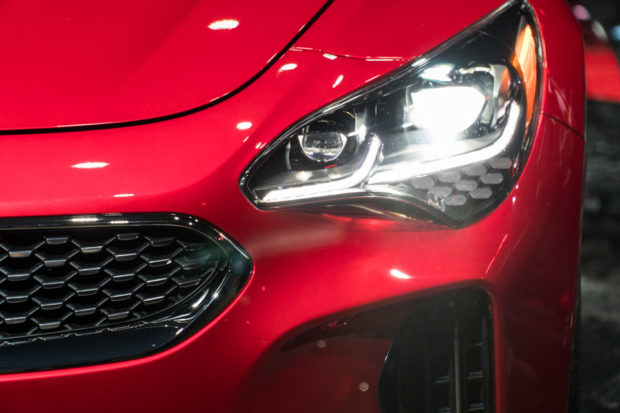 The car’s long, sweeping roofline ends with a smooth curved hatchback entry, rather than an abrupt dip down to a traditional trunk, a design choice that’s not only sexy, but likely improves aerodynamics. Its 114.4″ wheelbase is longer than its competitors too, which should make for exceptional handling. 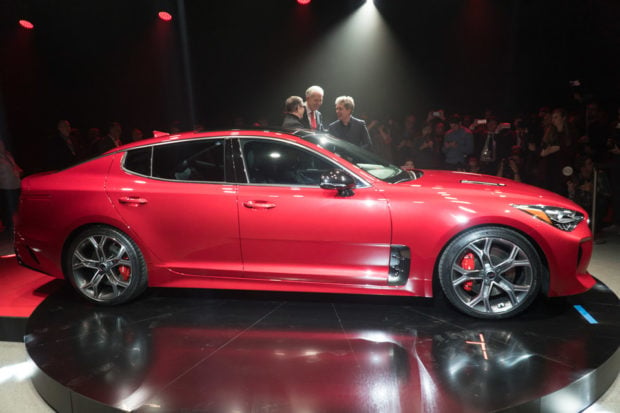 Up front, a wide and narrow take on Kia’s trademark “tiger nose” grille is flanked by modern LED headlamps, and set atop large, functional air intakes and a ground splitter. 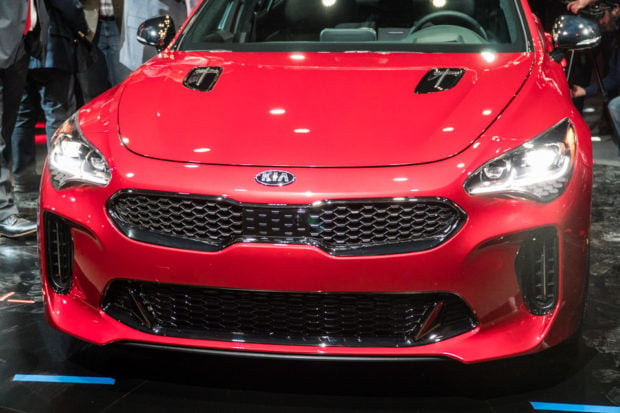 Around back, the same wide, narrow approach is mirrored in the tail lamps, and the quad exhaust and diffuser says Kia isn’t messing around with this car. 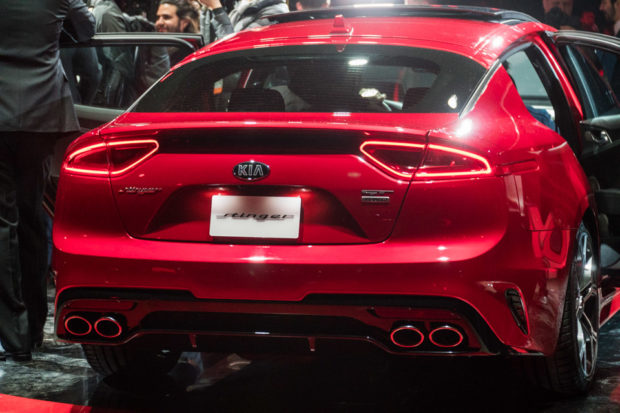 Under the hood, the Stinger GT packs either a 2.0-liter turbo 4 with 255 hp and 260 lb-ft. Of torque, or a more intense 3.3-liter, twin-turbo V6 engine that pushes out 365 horsepower and 376 lb-ft. of torque. That power goes solely to the rear wheels like a proper sports car should, launching the car to 60 mph in just 5.1 seconds. An all-wheel drive model is also available, but I can’t imagine that being as much fun to hoon about. There’s no manual gearbox option, but the 8-speed automatic promises quick shifts, and paddle shifters for added engagement. 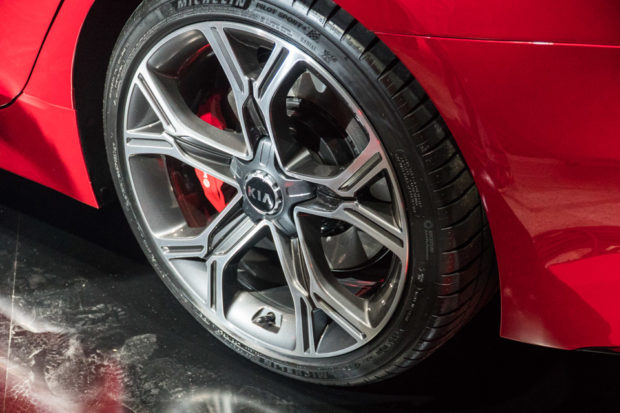 Inside, it’s drop dead sexy too, with the kind of clean, minimal, driver-focused dashboard found in the best European luxury sports cars. Upscale design elements abound, with beautiful stitched leather on the seats, and along the leading edge of the entire dashboard. Fully tricked out, you can expect Nappa leather seats, and a 15-speaker Harmon/Kardon premium audio system, along with a plethora of modern driver assistance tech. 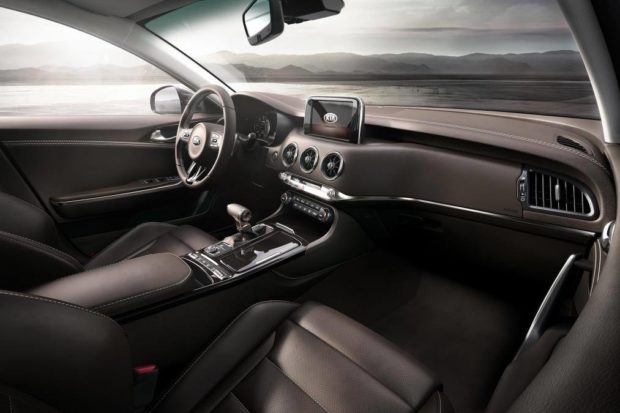 Expect to find the Stinger GT in dealerships by October 2017. Keep an eye out on Kia’s The Curve Ahead website for more images and video of the new Stinger GT. 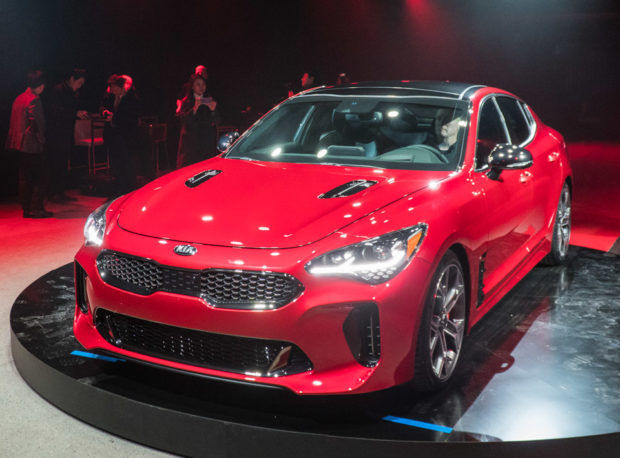