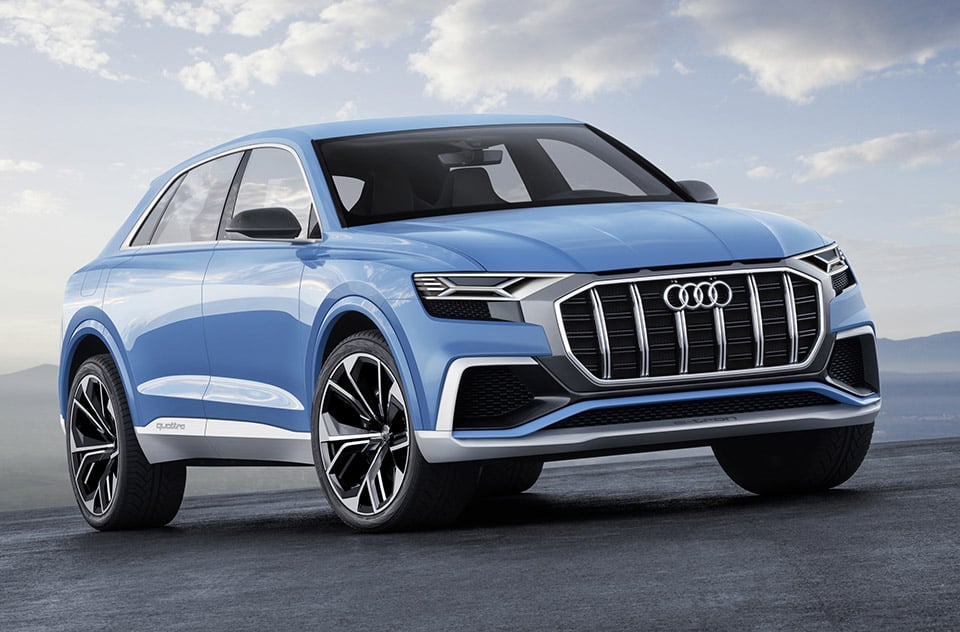 During this week’s NAIAS show in Detroit, Audi unveiled a cool new concept SUV called the Q8 concept. This concept is a full-size SUV, yet it only holds four people as currently designed. It will hold those four people in comfort though, with split bucket seats in the back. That third kid will just have to stay home, I guess. 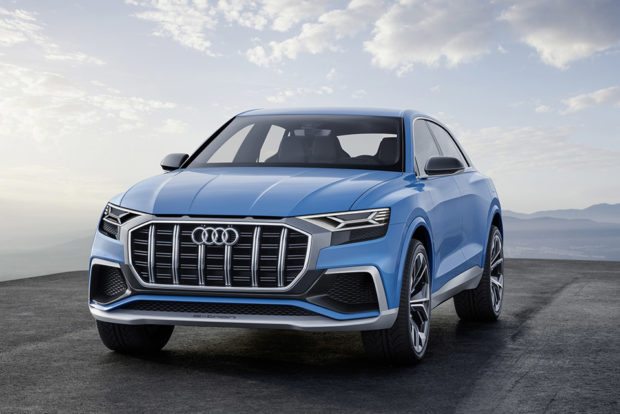 The concept SUV is a plug-in hybrid, but that doesn’t mean it’s a performance slouch. This thing is good for about 442 total system horsepower and 516 lb-ft of torque. All that torque should result in impressive acceleration. The gas engine is a 3.0L TFSI making 333 hp and 368.8 lb-ft. of torque on its own. The SUV will run 0 to 62.1 mph in 5.4 seconds and has a 155 mph top speed. 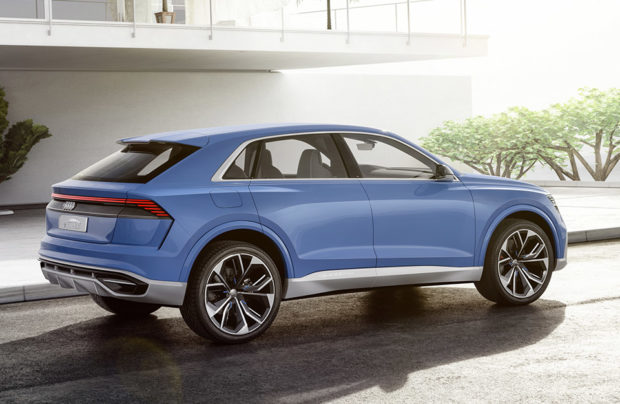 Audi says that it was going for the spaciousness of an SUV with the lines of a coupe. The concept is the basis for a new production model that will launch in 2018. 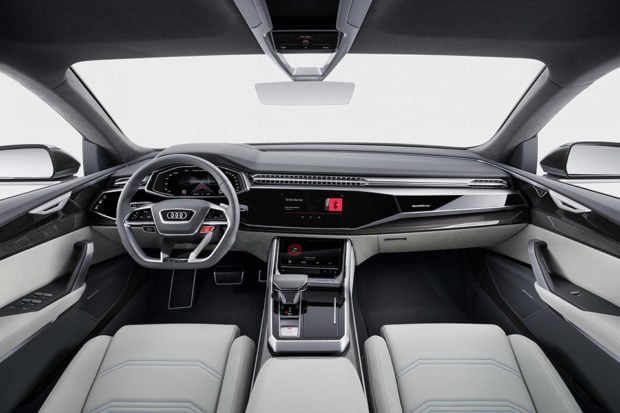 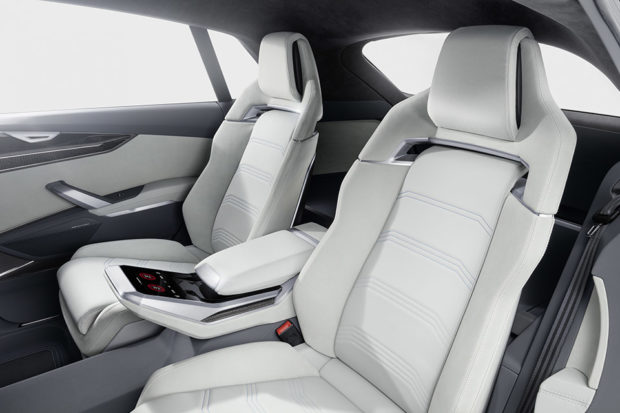 The Q8 concept is the basis for a new production model that will launch in 2018. I have to think that the four person seating won’t make it to production. Those willing to spend the money on an Audi SUV will probably want the versatility to carry an extra person. 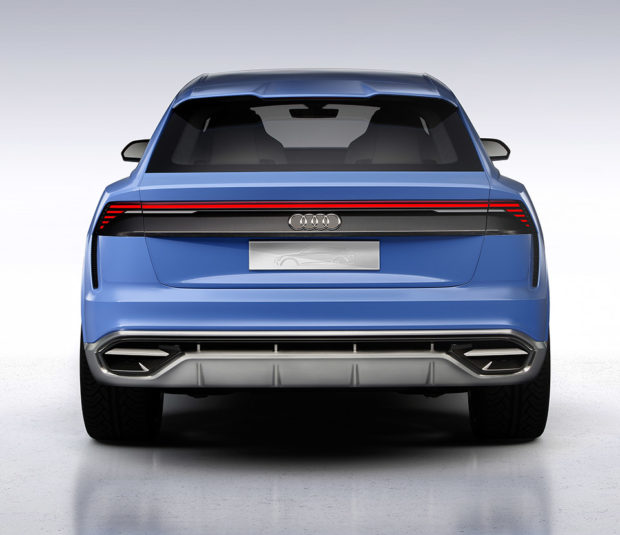