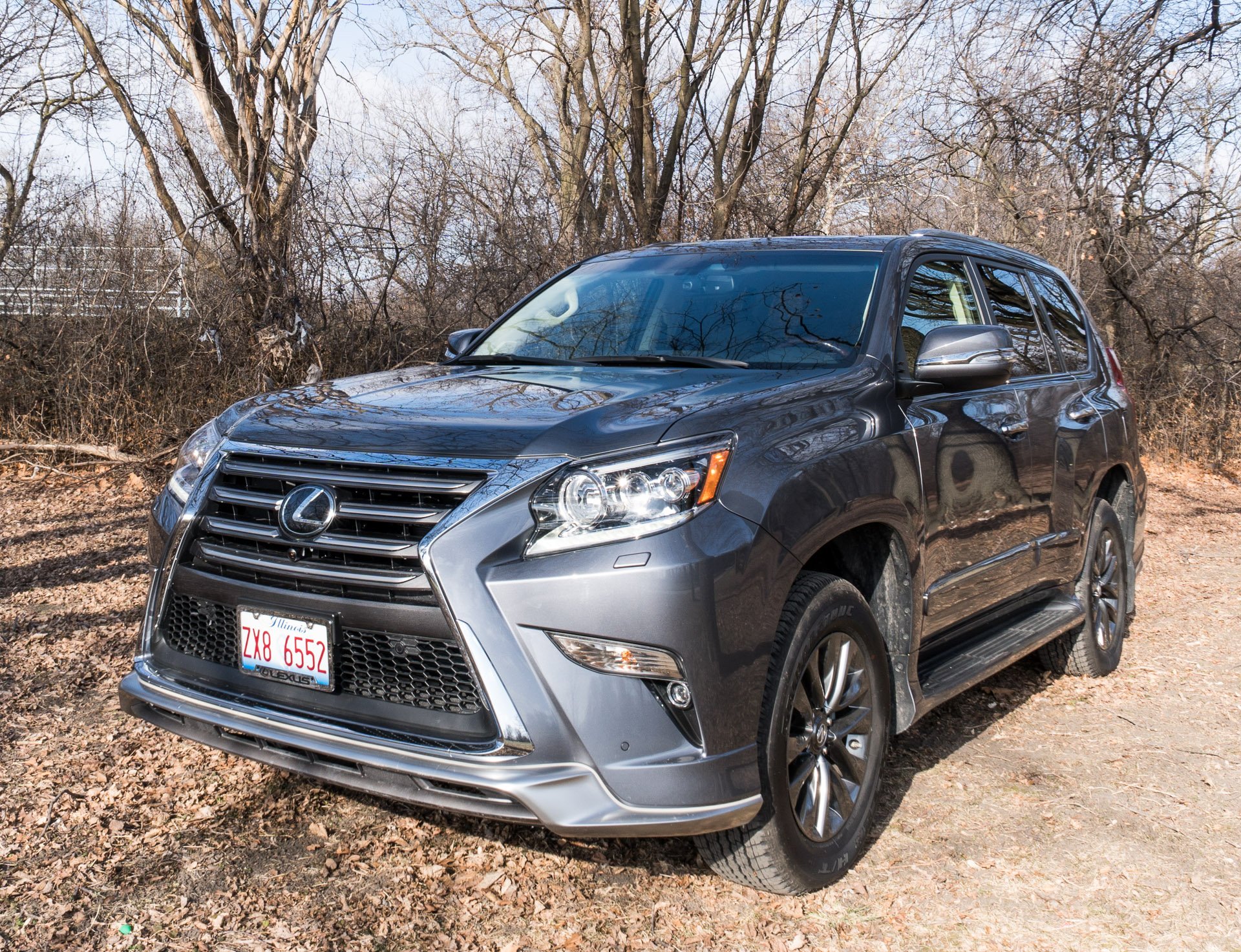 With recent luxury-performance releases like the RC F, GS F, and LC 500, it’s easy to forget that Lexus’ bread and butter is still its SUV lineup. While its best-seller is still the RX, there’s also the sporty NX, the limo-like LX, and the surprisingly rugged GX. I recently got to spend a week with the 2017 GX 460, and learned why this seemingly odd-man out of the Lexus lineup is still going strong.

The GX has been part of the Lexus lineup for about 15 years now, and is one of the few mid-size body-on-frame SUVs you can buy these days, with most others moving to a unibody construction. While this approach generally provides a smoother, more car-like ride, it also usually means less off-road capability. Since the GX shares platform elements with the Toyota 4Runner, it has no problem going wherever you want to take it. 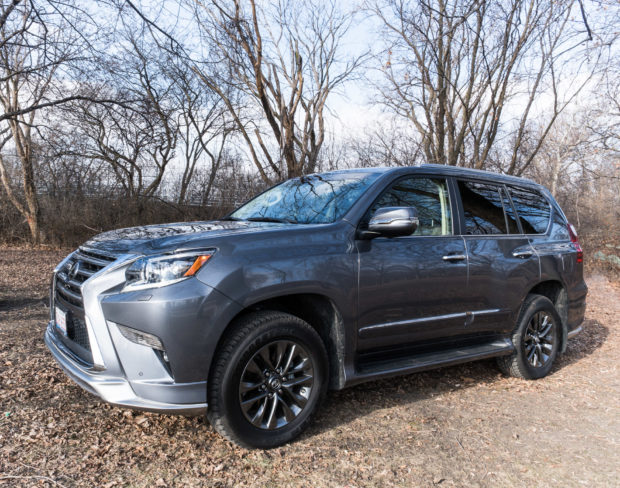 The GX 460 Luxury offers an incredibly comfortable ride, in part thanks to its rear air suspension system. This provides not only a supremely soft and cushy ride, soaking up every bump, lump, and pothole, but allows you to increase the chassis height to deal with off-road obstacles, or lower it for easy cargo loading. 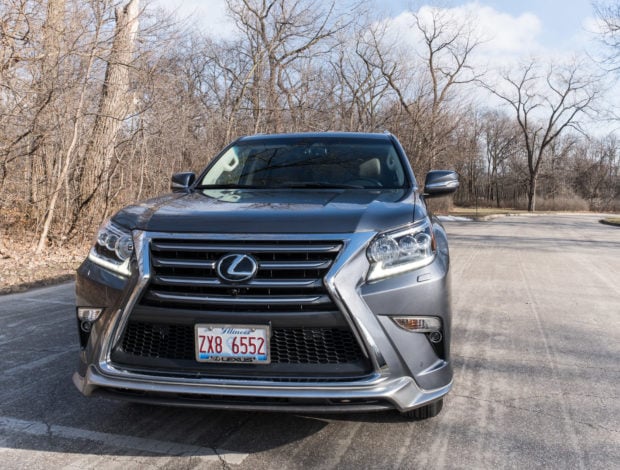 It can also dynamically adapt to the weight of cargo and passengers in the rear of the vehicle. It’s also got an impressive adaptive variable suspension system which allows each wheel to travel fully independently, and keep the corners of the vehicle planted on rough roads. I found the steering rack to be too light for my tastes, but otherwise, I was happy with the way the GX handled overall. 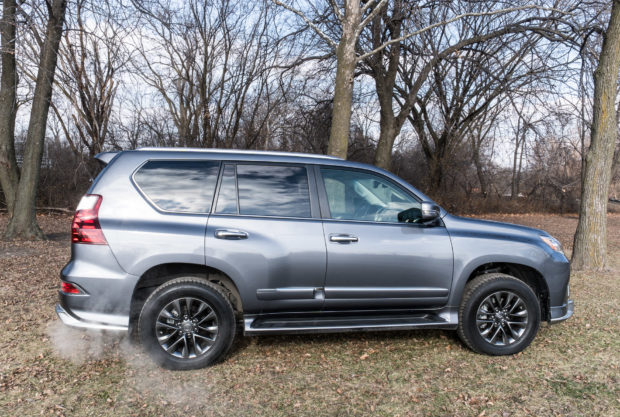 Despite a 5,000+ pound curb weight, power is plentiful, thanks to a 301hp 4.6-liter V8 with 329 lb-ft. of torque. The main downside to this big, naturally-aspirated engine is its poor fuel efficiency. I averaged just 16.7 mpg throughout my week with the GX, and that was primarily highway driving. At least there’s no gas guzzler tax on SUVs. 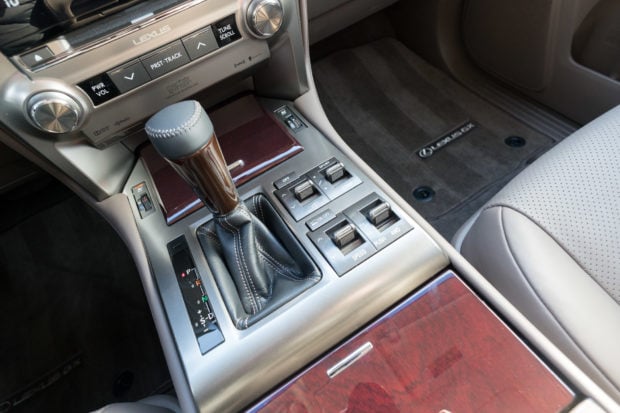 Since the GX is a true four-wheel drive SUV, it offers the ability to choose between 4LO and 4HI modes, and also has a locking-rear differential. The GX also offers Crawl Control, making it easy to handle rugged off-road terrain, letting you focus on steering while negotiating hills, rocks, or other uneven surfaces. This low-speed system automatically modulates brake, throttle, and the SUV’s three differentials, and all you do is steer while it’s activated. 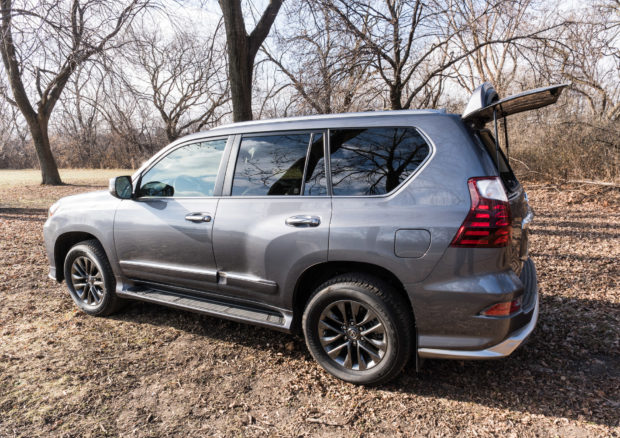 I spent a good deal of my time driving the GX 460 from Chicago to Detroit and back, where there was rain, sleet, snow and high wind the whole time. Despite its high profile, I felt extremely safe and confident in the Lexus throughout my road trip, and the ride was quiet and comfortable as well as I cruised up I-94 riding on rugged Bridgestone Dueler tires. 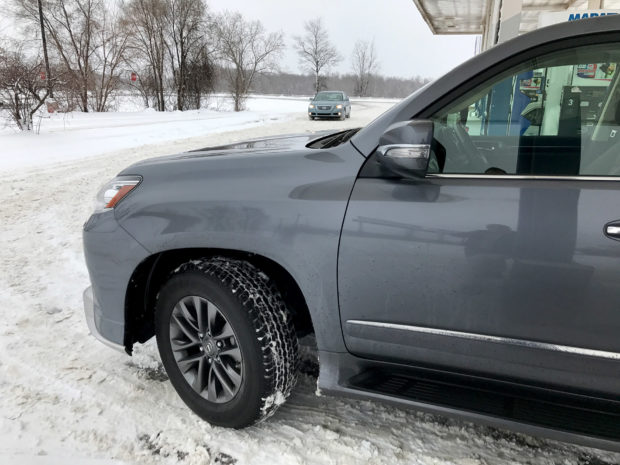 The interior of the GX 460 Luxury packs premium materials like semi-aniline leather, real mahogany wood on the dassh, doors, and steering wheel, and comforts like heated/ventilated front seats, and heat for the second row as well. 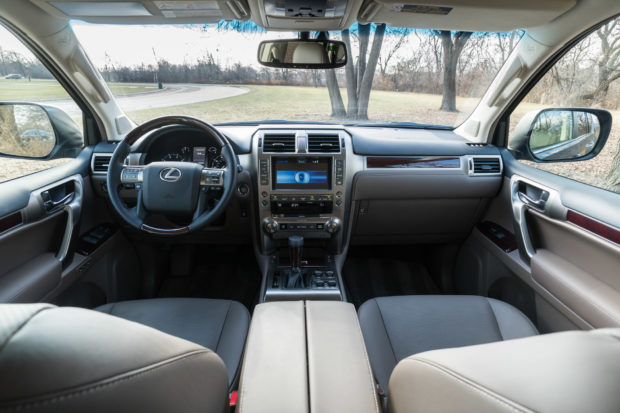 The technology suite is fairly robust, though not as up to date as some newer models in the Lexus line. There’s an 8-inch touchscreen infotainment system with navigation and Sirius XM support, as well as Lexus Enform, which includes their Safety Connect service for roadside assistance and emergency vehicle location among other features. A backup camera, blind spot monitor, and rear cross-traffic alert are standard.

With the optional Driver Support Package in place, you get a pre-collision warning system, dynamic radar cruise control, lane departure alert, intelligent high-beams, and a great sounding 17-speaker Mark Levinson audio system, among other things. You’ll also need this package if you want Crawl Control. One note about the dynamic radar cruise – I found it to be much more finicky than other more modern systems I’ve used, as its braking and deceleration seemed way too aggressive when approaching a vehicle going slower than me on the highway. 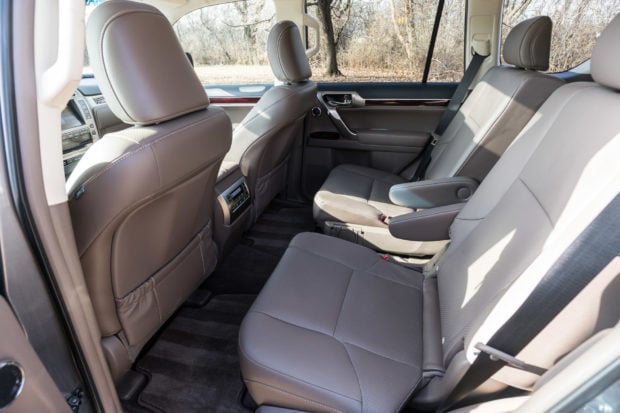 There’s plenty of room in the cabin, though the reclining middle captain’s chairs limit you to just two passengers, and you must open the back row if you want to carry 5 or 6. That rear row offers power folding and hides neatly in the floor when not in use. 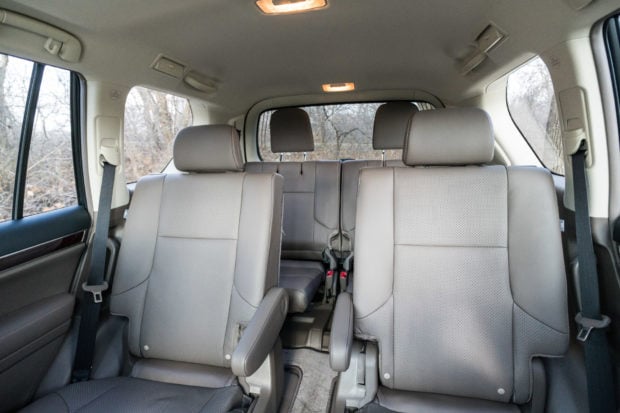 If you want to use the third row, I suggest leaving the sliding rear cargo cover at home, as there’s not a good place to store it when not in use. With the third row folded down, cargo space is plentiful, and while the second row doesn’t fold completely flat, you’ve still got about 64.7 cubic feet of space with them moved forward. 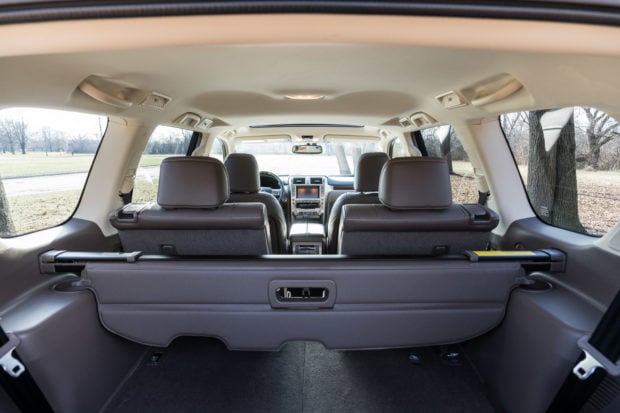 If you need to carry additional items for your road trip adventures, the GX will tow up to 6,500 lbs, so trailering is no problem. One thing to note is that the rear door swings out instead of up, which may limit your ability to open it in a tight garage space, and it opens in the wrong direction for sidewalk access when parallel parking on two-way streets. I’m not sure who came up with that idea. 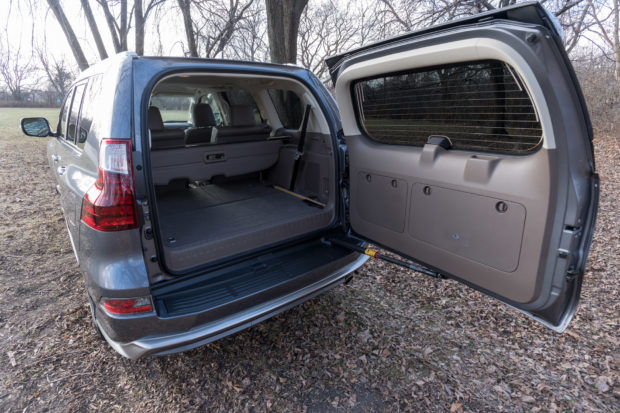 The Lexus GX 460 offers a great blend of luxury and versatility. It’s rugged enough to really take off road, while at the same time offering an upscale, comfortable environment for its occupants. It’s not great on fuel economy and significantly more expensive than its Toyota 4Runner cousins, but it offers features and luxuries not found in those vehicles – most notably the V8 engine, higher towing capacity, and the adaptive and air suspension capabilities, and a quieter and more upscale cabin. If you’re in the market for a truly capable luxury SUV, you’ll definitely want the GX on your test drive list. 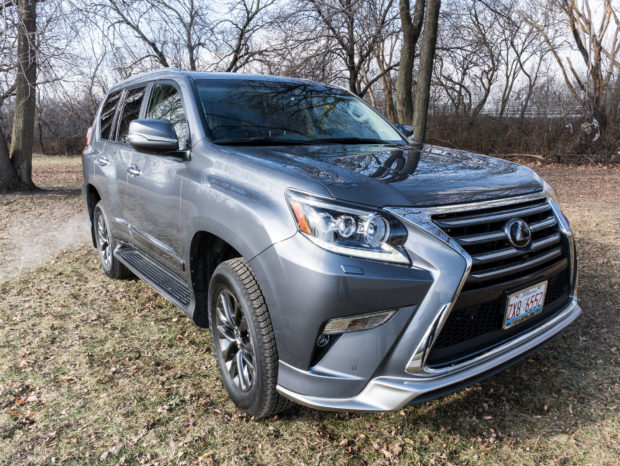