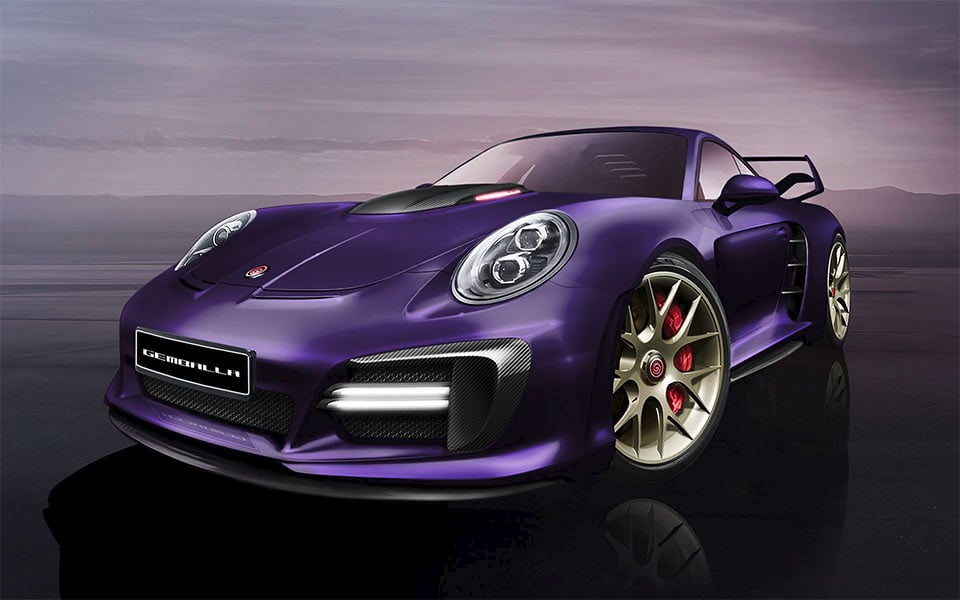 Gemballa has announced that the third generation of its 911 Turbo custom called the Avalanche will go on display at the upcoming Geneva Motor Show. The new Avalanche is based on the Porsche 991 Turbo. Other than the wild and cool purple body and custom interior the car sports, it also has way more go under the hood, with Gemballa squeezing out an impressive 808 hp and 700 lb-ft. of torque. 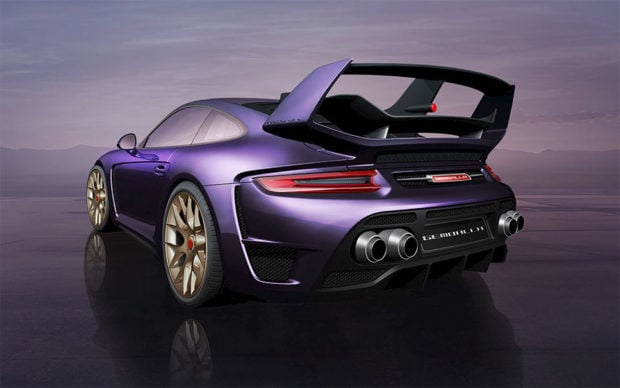 The performance from this car should be insane. Gemballa will also have the Gemballa GTR EVO-R on display at the show, though we don’t have any details on that car yet. I expect that the Avalanche is the top of the line, and the GTR 780 EVO-R will be less powerful, but we don’t know that for sure.