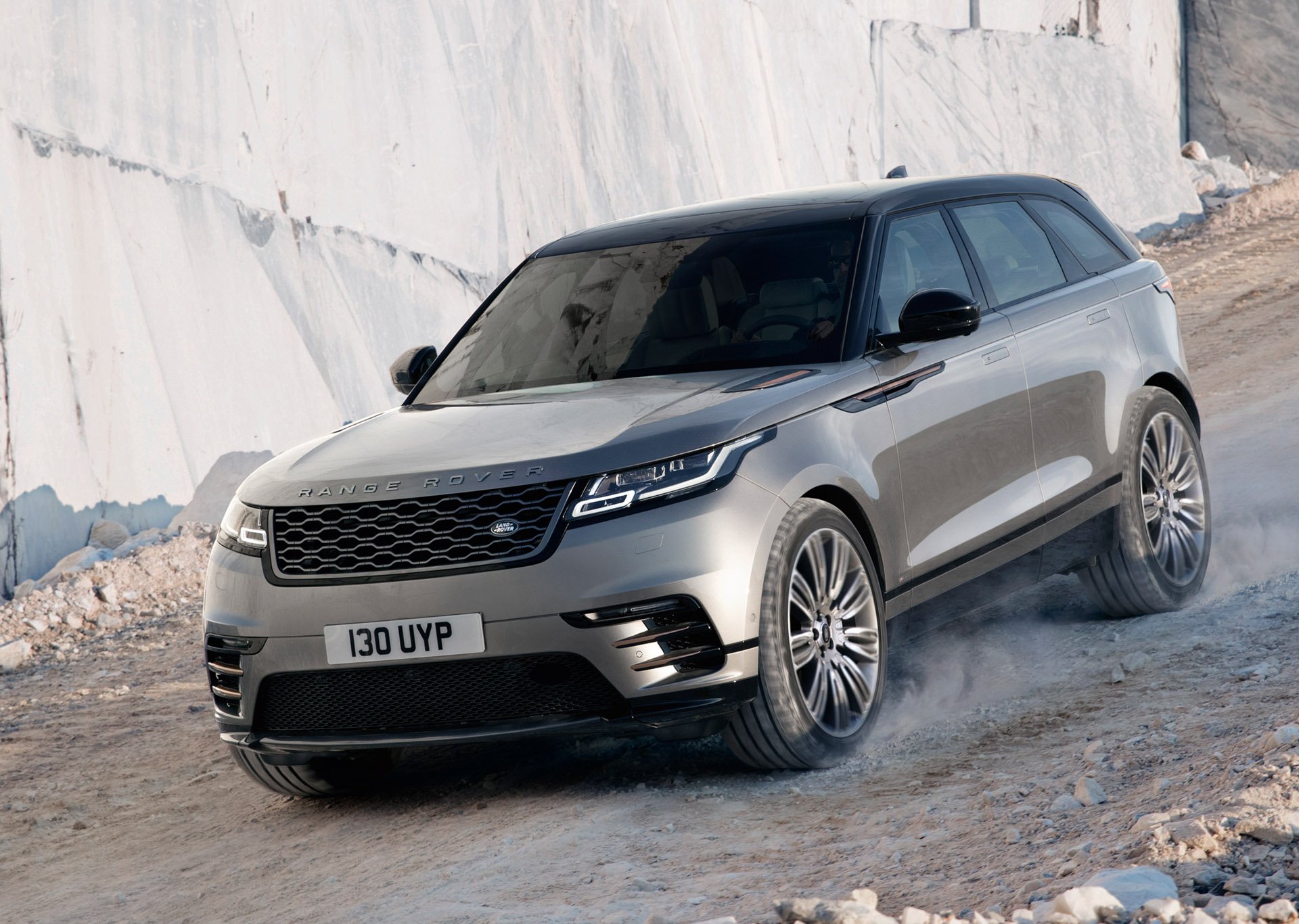 It seems as if Jaguar and Land Rover are on a roll these days, with each brand releasing some of the best cars they’ve ever built in the last few years. From the Jaguar F-TYPE and F-PACE to the Land Rover Discovery, the Brits are firing on all cylinders these days. Now, Land Rover has revealed the latest vehicle in their lineup – the Range Rover Velar. 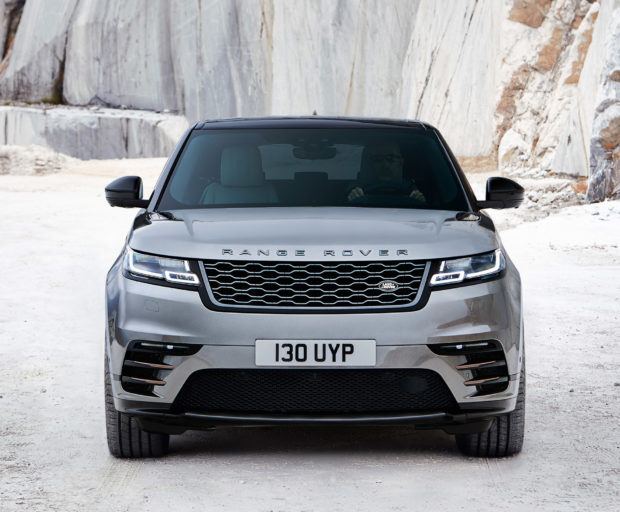 The Velar is designed to slot into the line between the Range Rover Evoque and the Range Rover Sport, offering a bit more space than the Evoque, along with more of the same kind of urban sophistication. 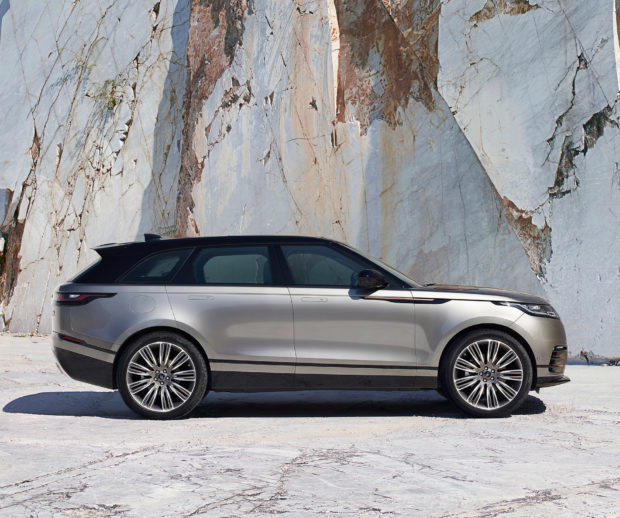 It’s my understanding that the 5-passenger Velar shares platform components with the Jaguar F-PACE, and that’s a good thing. The F-PACE is a stellar vehicle, and it’s nice to see its exceptional architecture making its way over to the Land Rover side of the house. The Velar looks beautifully sleek and modern, borrowing much of its look from the Evoque. Floating over the cabin is a panoramic glass roof. It’s even available with wheels up to 22-inches, which really show off its dynamic proportions.

The Velar gets its name from a series of 1969 Range Rover prototypes of the same name, but this is no old school Range Rover. The new Velar is extremely modern outside and in. For starters, it’s built on a lightweight aluminum-intensive body structure. Under the hood, it can be equipped with three different engines, a 247hp, 2.0-liter turbocharged 4, an 180hp, 2.0-liter turbodiesel with 317 lb-ft. of torque, and a 380hp, 3.0-liter supercharged V6 in its most sporty variant, the Velar S. With that engine in place, the Velar can do 0-to-60 in just 5.3 seconds, with a top speed of 155 mph. The turbo-4’s 6.4 second launch time is pretty impressive as well.

All models have an 8-speed ZF transmission, and come standard with all-wheel drive. Like other Land Rover vehicles, their sophisticated terrain management systems are also available, as is an adjustable air suspension system, both of which I highly recommend if you have any thoughts about taking the Velar off the pavement. Towing capacity is rated up to 5,500 lbs. in the V6 models, and there’s 34.4 cubic feet of storage space behind the second row – significantly more than the car-like 19.4 cubic feet behind the seats in the Evoque. 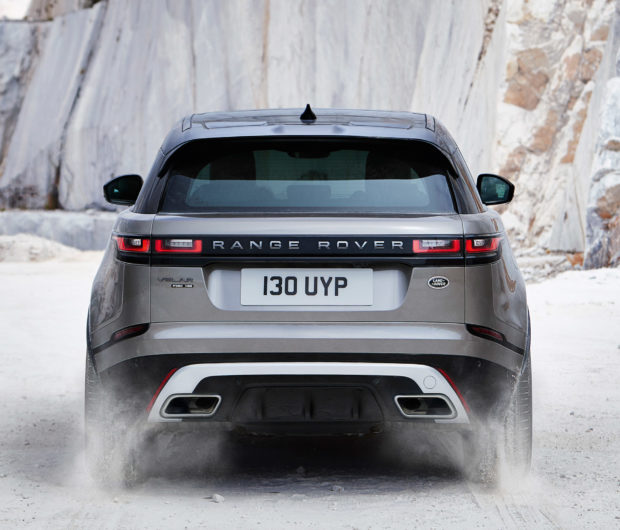 Inside, Land Rover has really done a bang-up job, with beautiful and clean design, with an emphasis on creating a sense of space and calming luxury. In addition to the traditional premium leather surfaces, you can opt for an elegant and sustainable woolen material, trimmed with suedecloth. 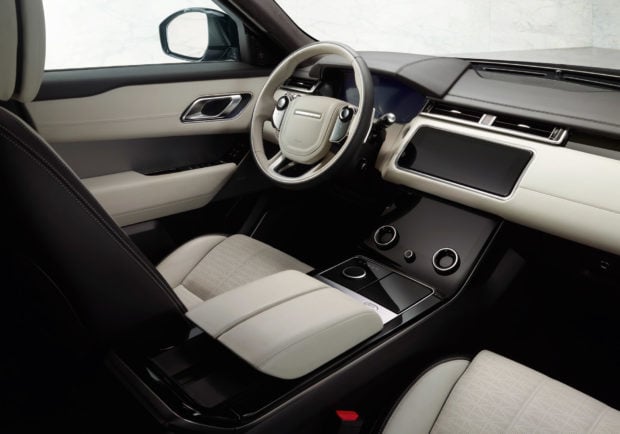 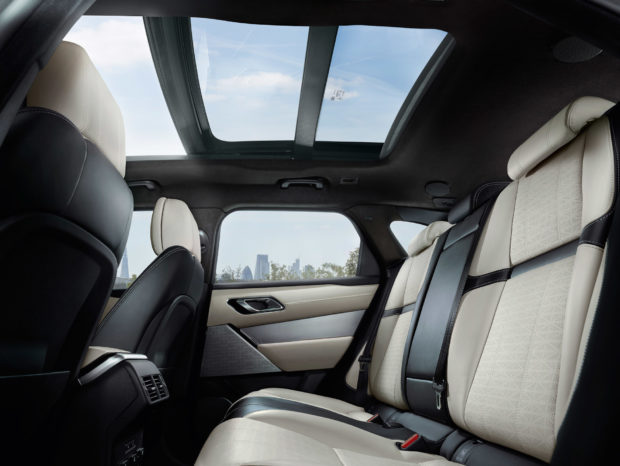 The sleek and supremely modern dash has a pair of 10″ high-definition touchscreens, a first for Land Rover and Jaguar vehicles. The top screen is focused on media and infotainment, while the lower screen provides quick access to climate and environmental controls. The Velar can also be equipped with a 1600-watt Meridian Signature Sound System in the top-of-the-line Velar First Edition.

You can check out the full price range for the Range Rover Velar below:

Land Rover hasn’t set an exact release date for the Velar here in the U.S., but says it will go on sale sometime later this year. I, for one, can’t wait to get behind the wheel and see how it performs. 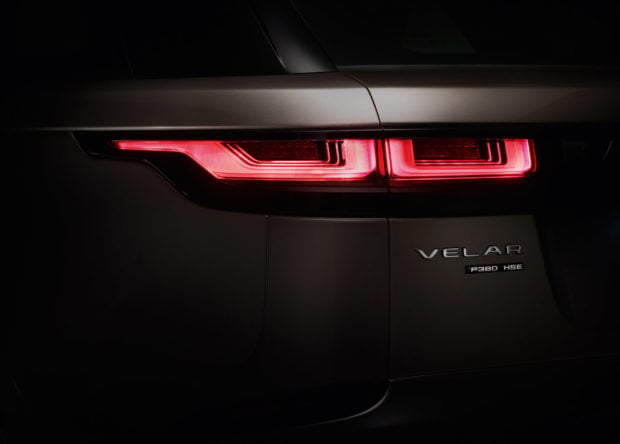