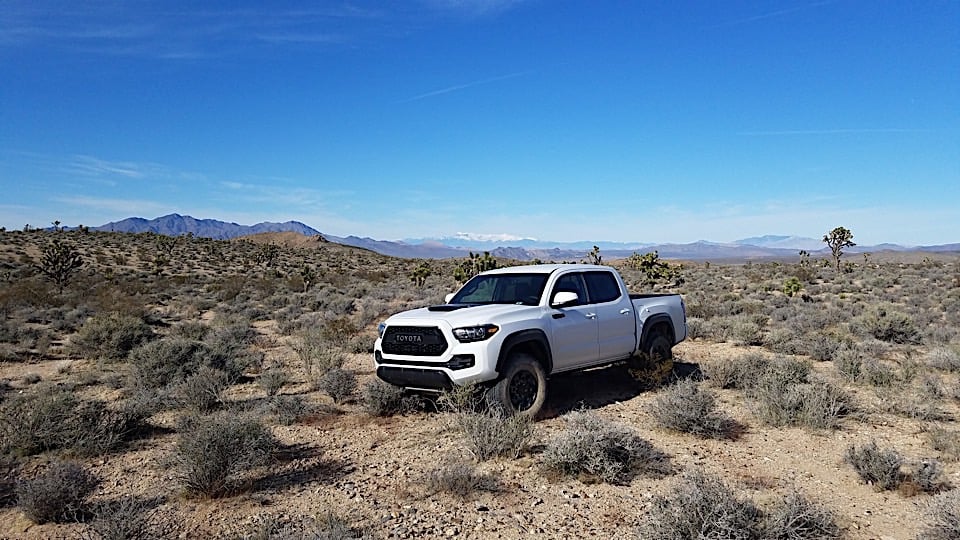 As part of our recent trip to the Mint 400 desert race in Vegas, I had a chance to spend a significant amount of time behind the wheel of the 2017 Toyota Tacoma TRD Pro. The beefiest off-road variant of the Tacoma was the perfect choice to make the trip from Los Angeles to Las Vegas both on- and off-road. Off the pavement in the desert is where this truck really shines.

Our convoy started the morning at the ocean in Venice. From there, we hopped on the freeway and headed east towards the mountains and the desert. On the highway, the TRD Pro drives like any other Tacoma. There’s decent power for merging and passing, and it’s capable of keeping up with the flow of traffic regardless of speed. Being California that can be stop and go, all the way up to over the speed limit. 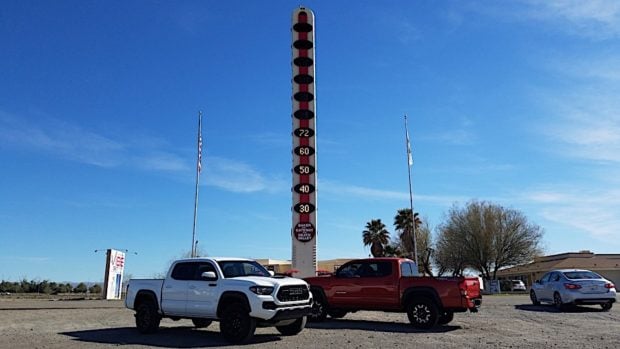 After a lunch stop at The Mad Greek in Baker and visiting the world’s tallest thermometer, we turned off the highway and headed toward an access road for the power company. This multi-mile, high-speed trail takes you out into the far reaches of the desert and exposes the truck to various types of terrain. There are rocks and gravel in one segment, replaced by sand and dirt in the next. Streams of dust kicked up in our wake.

Out here, the TRD Pro Taco is good. It uses a set of Fox Racing shocks, similar to that on the Raptor, to help keep the tires planted in all terrain. The same confidence that’s inspired by the suspension of the Raptor is duplicated here. I mention the Raptor because in a lot of ways, that is the off-road benchmark truck that comes with a premium price. You can experience many of those same thrills in the TRD Pro Tacoma for less money. 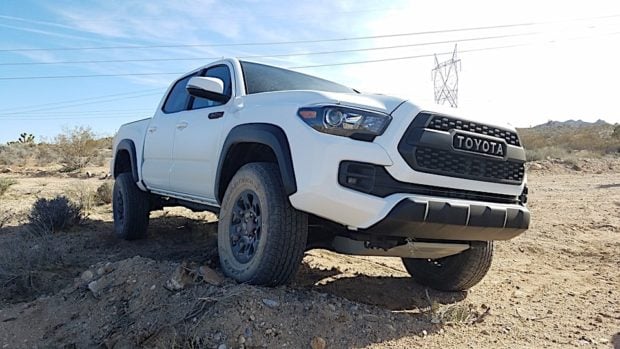 The size advantage goes to the Tacoma. While the trails were wide in many spots, there were a few locations where it was narrow with large boulders on either side. The smaller-sized Tacoma could maintain speed here without worry; a larger truck would give you pause.

The only thing that I wish that the Tacoma had that it didn’t was a set of BFGoodrich KO2 tires. The stock Goodyears are fine, but in the sand they do not grip with the same tenacity of the BFGs. With those tires, the Tacoma TRD Pro would be virtually unstoppable. 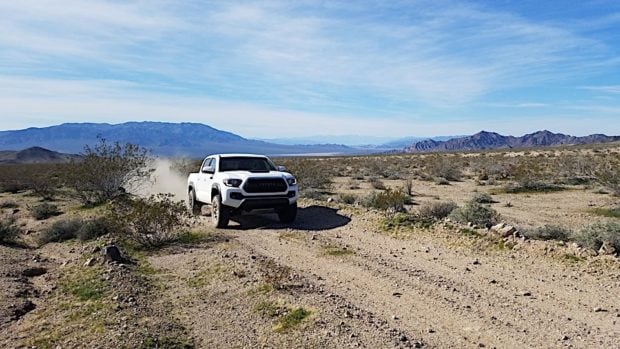 While the sand was deep in some spots, the course wasn’t particularly deep so I was able to leave the truck in 2-wheel drive. Pressing the traction control button once cuts back the electronic nannies and engages the automatic limited-slip differential. The truck slides beautifully while you’re still maintaining control. 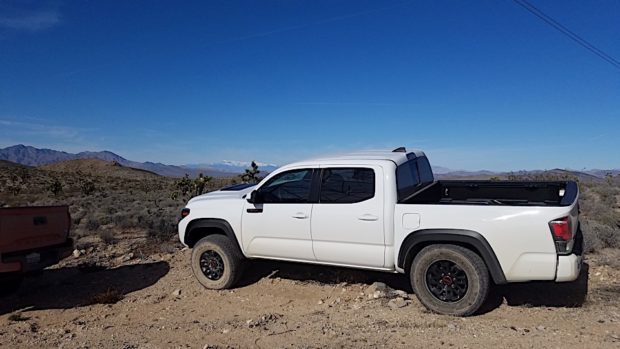 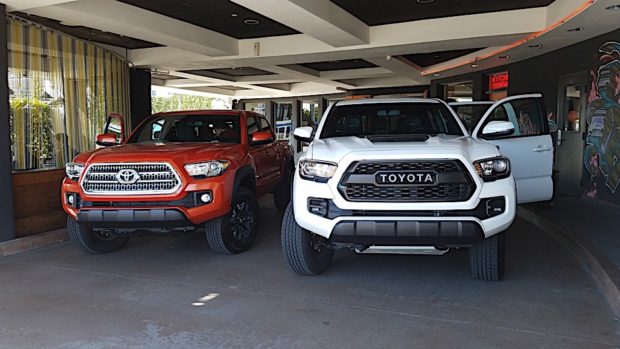 I wouldn’t mind a few more gears and some extra torque from the V6 engine, but at the end of the day the TRD Pro Tacoma is a competent off-roader with livable on-road manners and amenities. 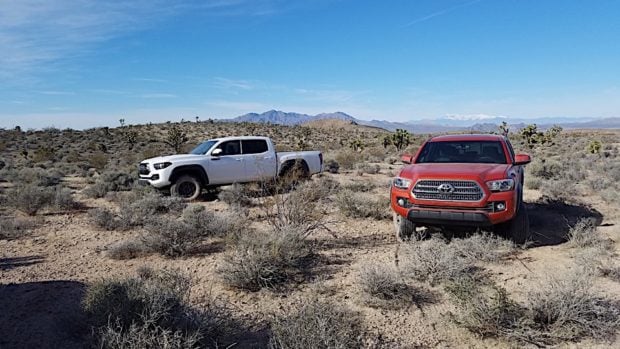 It’s no surprise that the Tacoma is as popular as it is, and the TRD Pro version is the culmination of Toyota’s hard work and engineering into one easy approachable package.