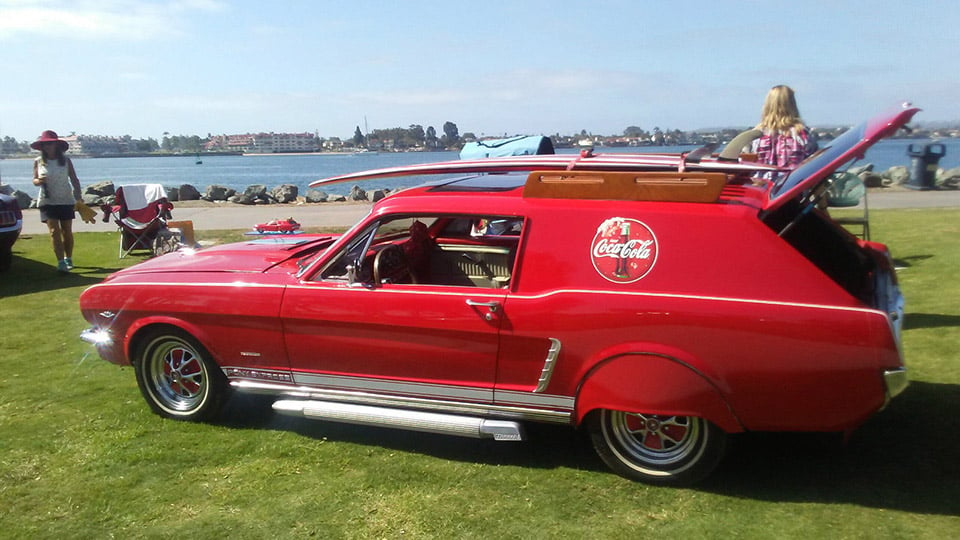 If you’re into classic Mustangs, but aren’t a stickler for accurate restorations, then check out this customized pony car. This unusual car, dubbed “The Pony Express,” started out life as a regular 1965 Mustang, and has a custom-fabricated station wagon tail in place of the original rear window and trunk. 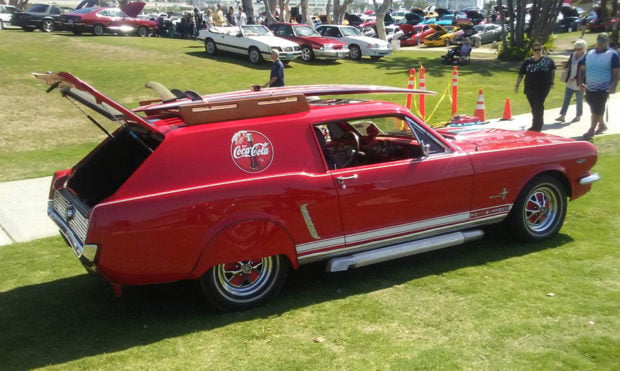 That rear section is made from welded sheet metal, and not only adds storage space, but elongates the roof – making it ideal for carrying surfboards. I’m not too crazy about the big Coca-Cola stickers on the side, but otherwise it’s actually a pretty slick build. 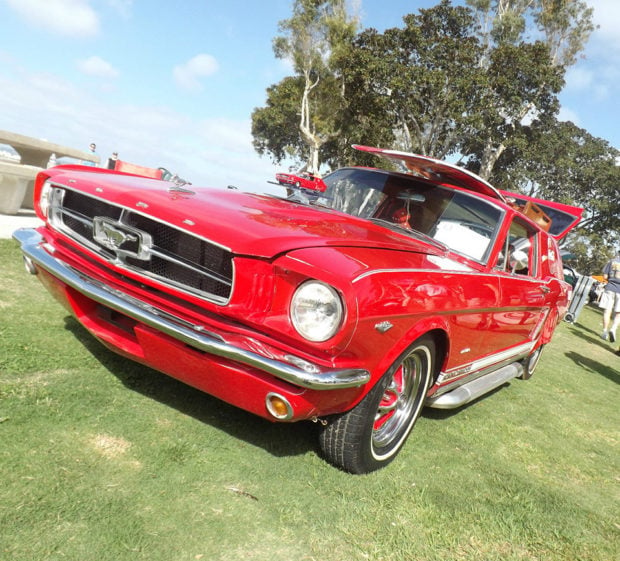 Apparently, the car has a couple of other mods, including a hood that was grafted together from a ’72 El Camino, and adapted to provide the engine with extra cooling. It’s also got an updated aluminum radiator from a Fox body ‘Stang – which apparently is less prone to overheating than the original. According to its auction listing, the car has just 1,561 miles on the odometer, though its unclear if those are original miles or since any engine replacement. 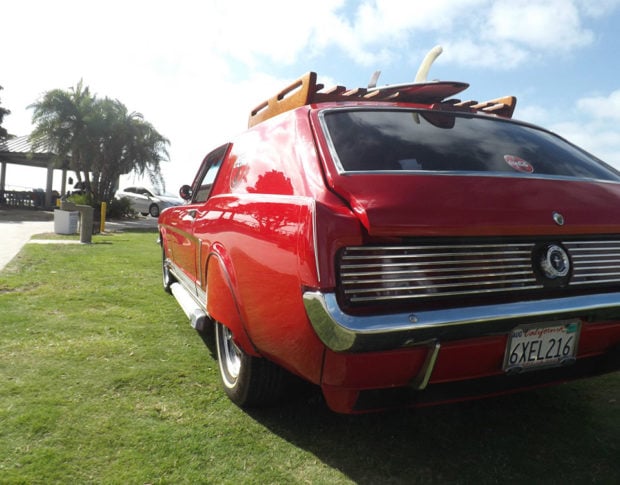