The Lexus LC 500h Is a Hybrid Like No Other 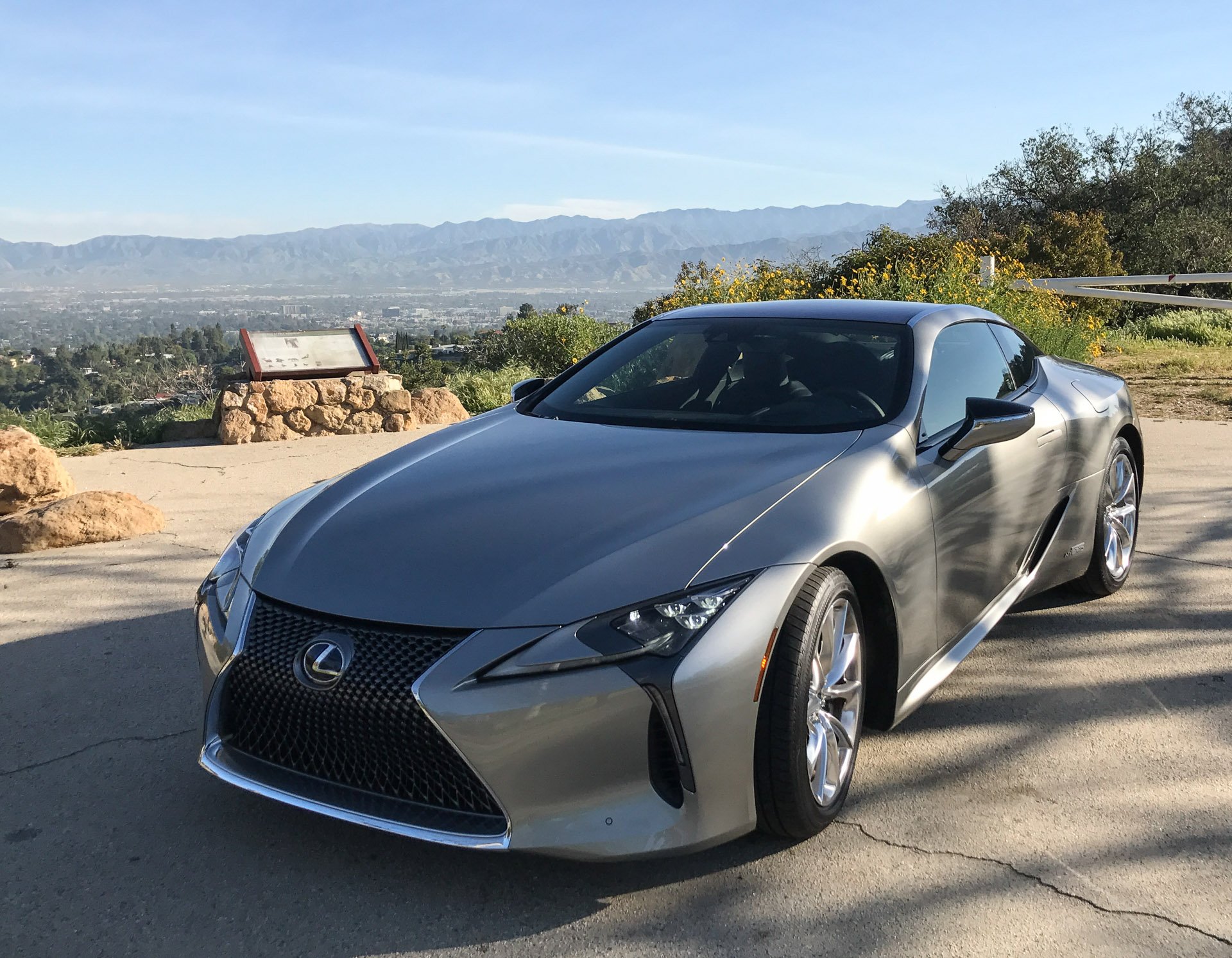 The Lexus LC 500 and LC 500h are the result of one of the more incredible stories in recent automotive history, in which CEO Akio Toyoda gave Lexus the green light to build a concept car almost exactly as it was shown – a true rarity in the industry.

I recently spent a little time driving the LC 500h, the hybrid model in the LC series. As I drove through the posh neighborhoods of the Hollywood hills amidst Lamborghinis and Bentleys, people seemed more interested in the stunning looks of the Lexus than those far more “exclusive” vehicles which are commonplace in the area. Along the way, I discovered that the LC has far more than just its looks going for it, and is quite an impressive vehicle on every level. 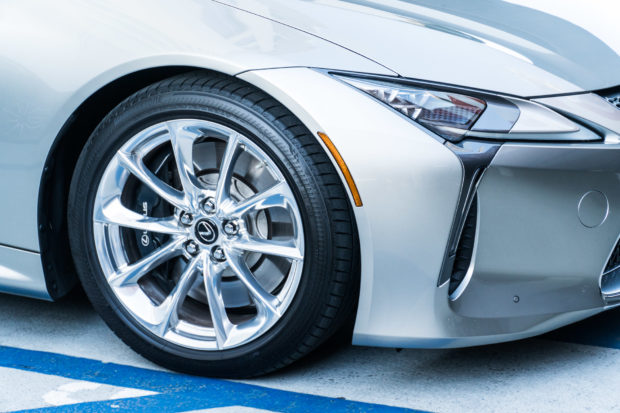 Every surface of the LC500h is a bold and dramatic exercise in automotive design. A plethora of slightly curved, angular lines with deep-set creases abound, giving the LC the look of a sculpture in motion. 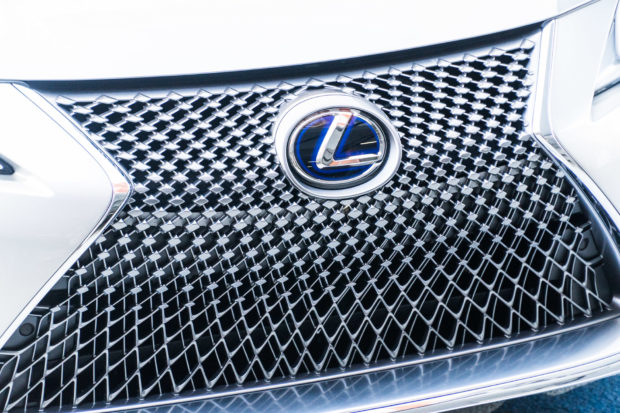 Up front, there’s one of the more impressive expressions of Lexus’ trademark spindle grille, with triangular, triple element LED headlamps on each side, all leading your eye inward towards the large “L” badge in the center. 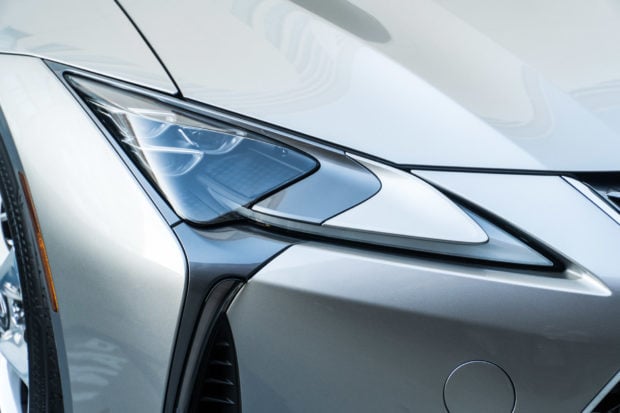 While I didn’t get to see its taillamps in action, I’ve been told they’re quite striking at night, due to some clever optics which give them a cool red gradient effect. 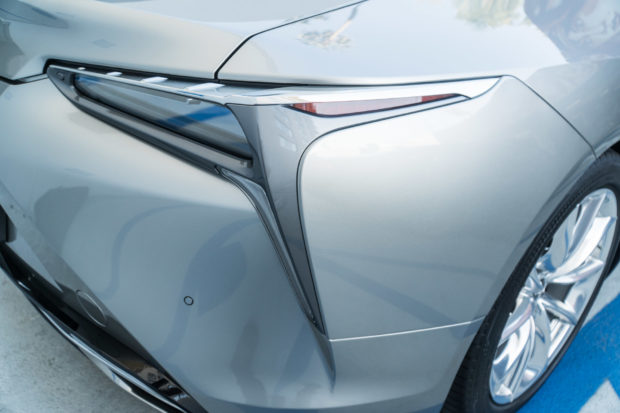 Measuring in at 187.4″ long, and 53″ high, the LC’s got a sleek, low profile. And its 113″ wheelbase and 52/48 front-to-rear weight balance helps to keep the LC poised while cornering. While the V8-powered LC500 is a luxury monster, the hybrid version I drove is less about brute force, and more about sophistication. 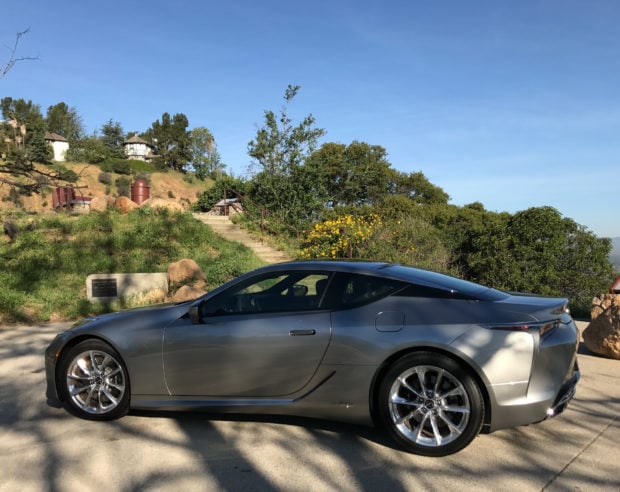 That doesn’t mean it’s not fast – with a total system power of 354 hp, the LC 500h can do 0-to-60 in just 4.7 seconds – just 0.2 seconds slower than the V8. There’s a dynamic duo of power here, with a 3.5-liter V6, combined with two motors – one which acts as the generator and engine starter, and a second which drives the rear wheels. 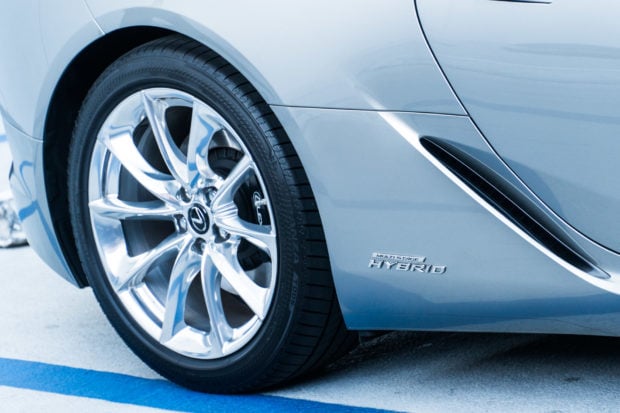 The rear-wheel drive setup helps give the car a sporty feel, and combined with an exceptionally good chassis, stiff sport suspension, and a great electric power steering system, it offers more direct and nimble handling than any other Lexus I’ve driven. With a curb weight of over 4,400 pounds, you’d think it would feel heavy, but it doesn’t in the least. The hybrid drive system feels great too, putting down instant power and seamless transitions between electric and gas power. It’s also impressively fuel-efficient for the amount of power it produces, offering up 26 mpg in the city, 35 mpg on the highway, and 30 mpg combined. 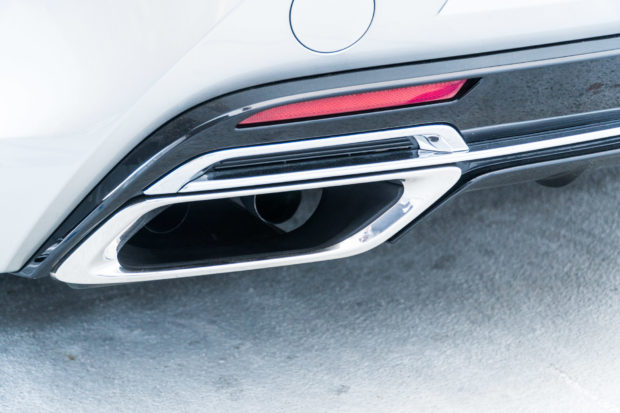 While the interior of the the LC 500h is a far cry from the curvaceous surfaces of the LF-Lc concept, it’s still a very nice place to spend some time, with sleek lines, and premium materials throughout. There’s stitched leather on virtually every dark surface, complemented by subtle bits of aluminum trim, and a microsuede headliner above. It’s fantastically quiet inside, with the only noise ever entering the cabin being one that’s pleasing to this gearhead’s ears, the sound of the V6 as it engages as you move up the power band. 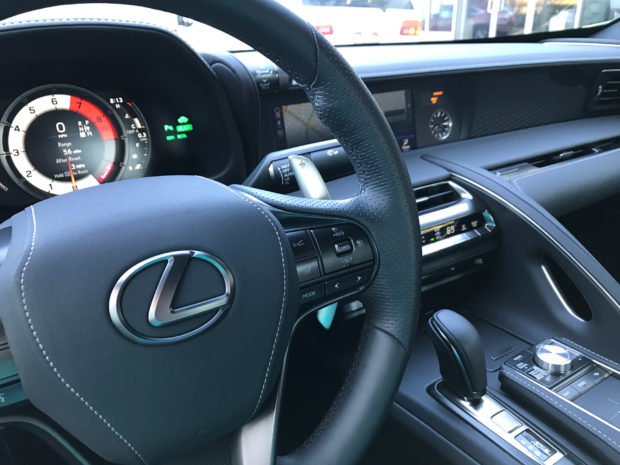 The dash keeps things focused on the driver, with Lexus’ awesome LFA supercar inspired round speedometer/tachometer front and center, and a nicely integrated widescreen display in the dash for the infotainment system. The passenger side gets a clean and minimal space with plentiful legroom, and a pair of grab handles which are unlikely to be necessary since the well-bolstered seats, and lack of body roll are sure to keep everyone in place while cornering. Lest I forget to mention it, the LC is a 2+2, so there are a pair of small seats behind in back, which are definitely short on legroom, but would make do if you want to give the little ones a joyride. 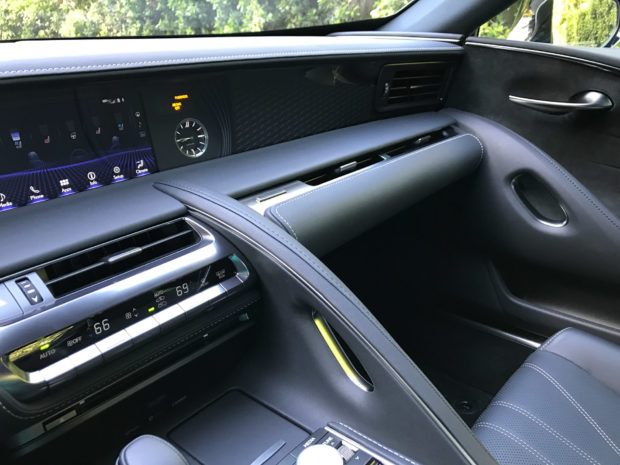 Another highlight of the LC 500h is the optional 11-channel, 915-watt Mark Levinson Reference audio system, which offers up plenty of volume, excellent frequency response and dynamic range, all without sacrificing clarity or imaging. 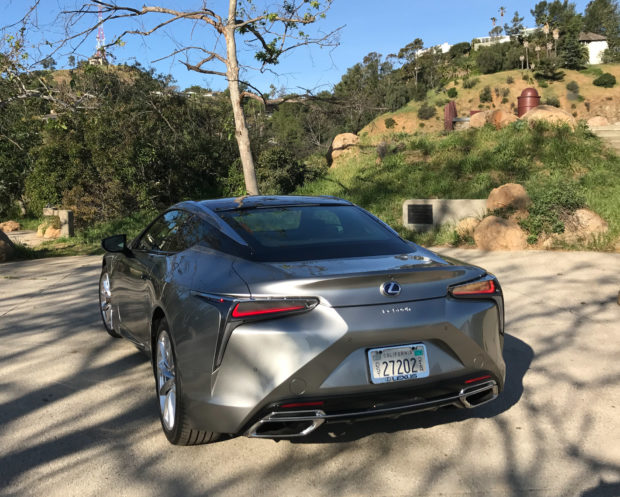 Bottom line, the Lexus LC 500 and LC 500h are two of the most visually striking cars to be produced in years, and certainly the boldest production vehicles to ever come from Lexus. The LC 500h offers the things we’ve come to love from Lexus, a quiet, comfortable, and upscale cabin, then piles on the drama, performance, driving dynamics. The icing on the cake: a head-turning ability that’s right up there with the exotics.