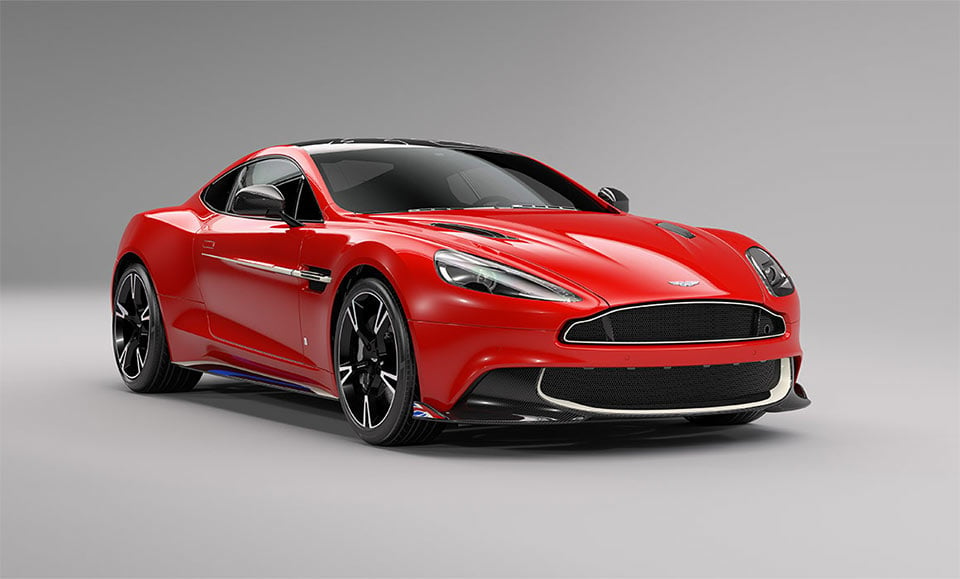 I’ve never heard of the Red Arrows, but apparently they are a UK Royal Air Force aircraft stunt crew sort of like the Thunderbirds or Blue Angels here in America. Aston Martin and Jardine Motors are showing off a new Vanquish S Red Arrows Edition, and the car is stunning. It’s swathed in candy apple red paint, and the side skirts are done up with a Union Jack treatment

There are other special touches found outside and inside of the car, including a titanium exhaust, and a special One-77 derived steering wheel with a center rotary toggle meant to look like aviation switchgear, and door cards are embroidered with a graphic of the team’s famed “Vixen Break” 9-aircraft formation. It sounds cool, but apparently don’t get to look at in any photos.

The lucky buyers of the car get accessories like racing helmets, racing suits, custom bomber jackets and luggage, and a 1:18 diecast model of their car and the Hawk aircraft. Nine of these cars will be sold, with a tenth car being given to the Royal Air Force Benevolent Fund for a charity raffle. If you want a chance to win that one, you can sign up to be notified about the raffle here.

Sign up to get an email alert for when our amazing raffle for a Vanquish S Red Arrows car goes live #AstonRed10 https://t.co/OO2171phnX pic.twitter.com/sXvkYXvdxV