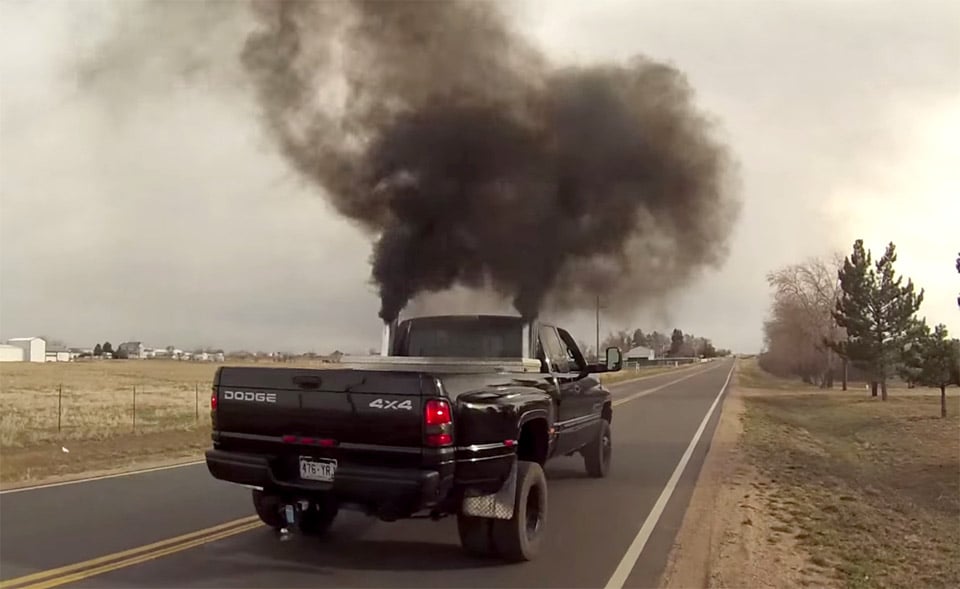 I don’t hate the environment. I very much like to spend time outdoors up here in Colorado, but I don’t worry too much about being green. Still, few things on the road get under my skin more than idiots in diesel trucks rolling coal. It’s not because of environmental issues, it’s more that it pisses me off that these truck drivers think it’s funny to blast people with their sooty black exhaust.

Lawmakers in Colorado have had enough of this crap as well and a new legislation is now before the Colorado governor awaiting his signature. Assuming the governor signs the bill, Colorado would be the second state to ban rolling coal.

The law would provide police with the ability to fine diesel drivers spewing their exhaust with a $100 ticket, and a Class A traffic offense. Colorado does not call this “rolling coal” mind you, the law defines it as “nuisance exhibition of motor vehicle exhaust” and states “the act of knowingly blowing black smoke through one or more exhaust pipes attached to a motor vehicle with a gross vehicle weight rating of 14,000 pounds or less in a manner that obstructs or obscures the view of another driver, a bicyclist, or a pedestrian.” I hope the police enforce this law with vigor.