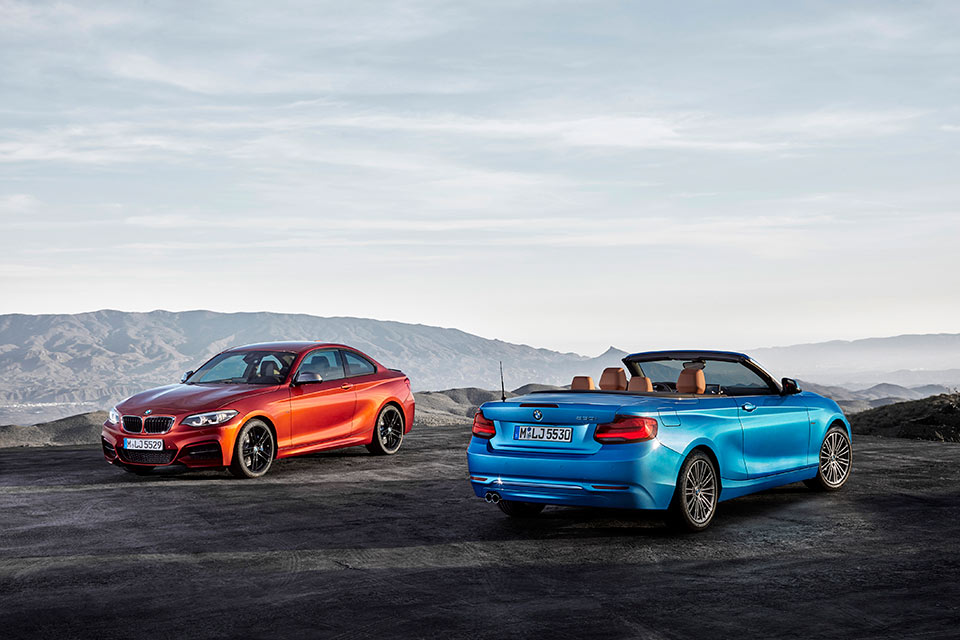 BMW has unveiled its latest 2 Series coupe and convertible cars. The revised 2 Series cars have new front end styling, upgraded headlamps, and new interior upgrades and connectivity. The LED headlights that are now standard are bi-LED units and can also be had as a fully-adaptive option. There are also new LED taillamps. 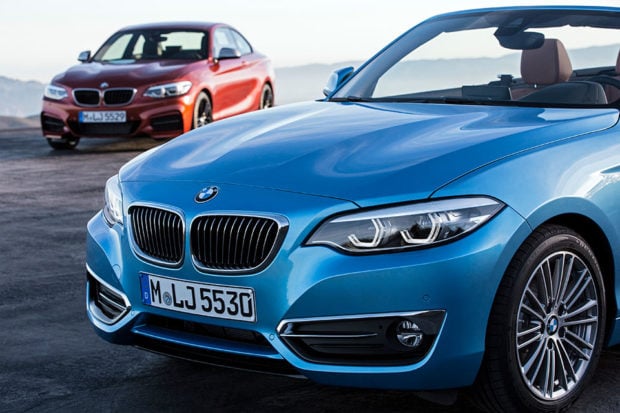 The car gets a new instrument panel, with redesigned air vents. Other interior tweaks include a sliding cover for the cup holders, and chromed-accented window buttons. BMW has also added a new upholstery options – with one new leather variant and new two cloth ones. 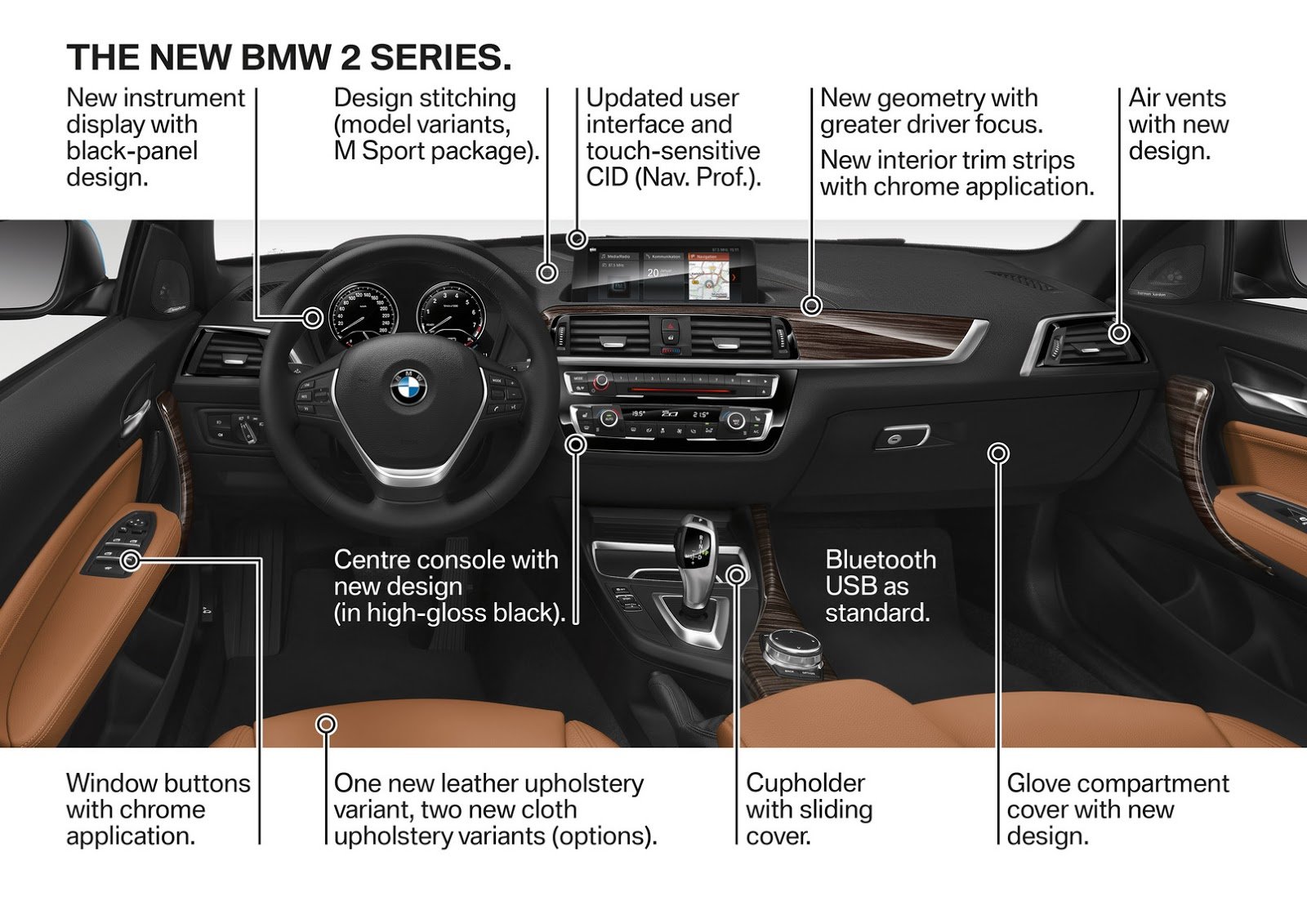 There are also three new colors – two shades of blue and an orange, as well as four new wheel designs available. 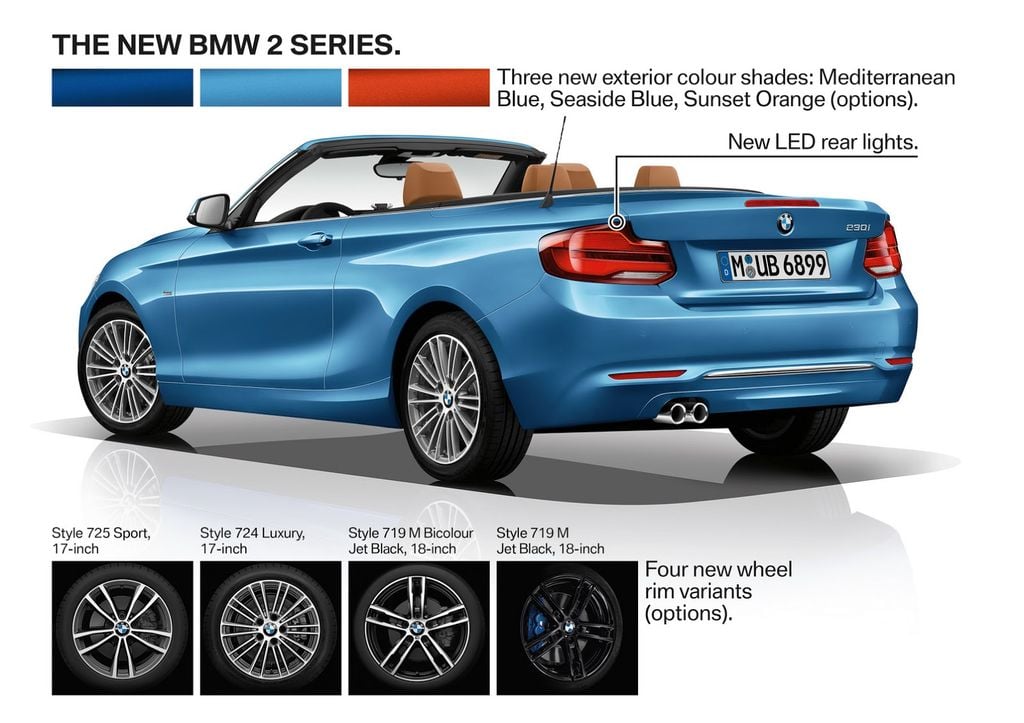 It looks like all the changes are cosmetic, with the cars continuing to offer the same rear-wheel drivetrain options as the current year’s models, ranging from a Mini-sourced 136 hp 3-cylinder (in Europe), up to a powerful 340 hp 3.0-liter straight-six in the M240i and M240i xDrive.