First Production Tesla Model 3 Should Be Complete by Friday 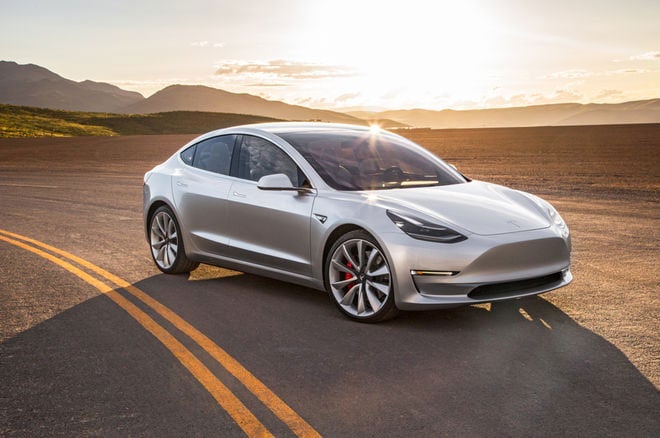 Here’s some great for early buyers of the Tesla Model 3 EV. Elon Musk has tweeted that the very first production Tesla Model 3 will be completed by this Friday. This is earlier than expected in part because regulatory requirements were completed two weeks ahead of schedule. Musk tweeted again that says a handover party for the first 30 customer Model 3 cars will be on the 28th of July.

Model 3 passed all regulatory requirements for production two weeks ahead of schedule. Expecting to complete SN1 on Friday

Musk went on to say that production would grow exponentially after those first cars are made. Plans call for 100 cars to be produced in August, and in September over 1,500 cars will be made. Musk likes to tweet and his last tweet says that Tesla plans to reach production of 20,000 Model 3 cars per month by December.

Handover party for first 30 customer Model 3's on the 28th! Production grows exponentially, so Aug should be 100 cars and Sept above 1500.

Assuming that the estimated 500,000 pre-order deposits result in purchases, and Tesla can can hit their production targets, buyers who reserve a Model 3 now can expect their cars to ship in late 2018. The Tesla Model 3 has a base price of about $35,000 – prior to federal tax credits. The all-electric car is estimated to go up to 215 miles per charge, with a 0-to-60 time under 6 seconds.