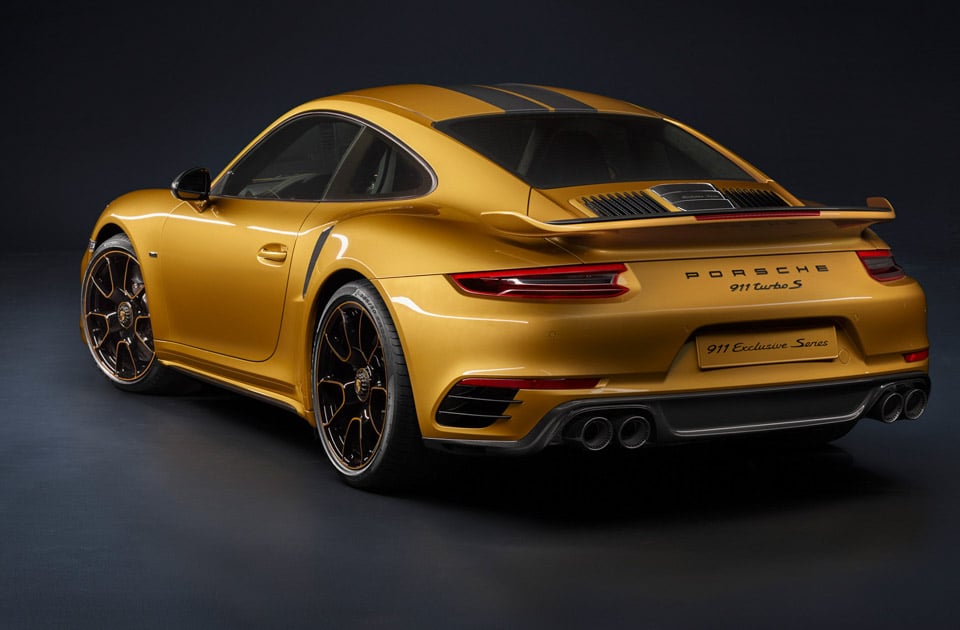 We’ve talked about the Porsche 911 Turbo S Exclusive Series before. This is the fancy golden 911 with the black stripes, and lots of carbon fiber. In the photos we have seen, the gold color looks super shiny, and has a decidedly yellow sheen to it. I’ve rather liked it so far.

A new video has been offered up from Porsche to show off the car, and on the video the car looks like a turd on wheels. Do not like. You can watch the video below and see what you think. It does sort of remind me of that goldish hue that seemed to be on every 928 back in the day, only less sparkly. Hopefully, it looks better in person than it does in the video.