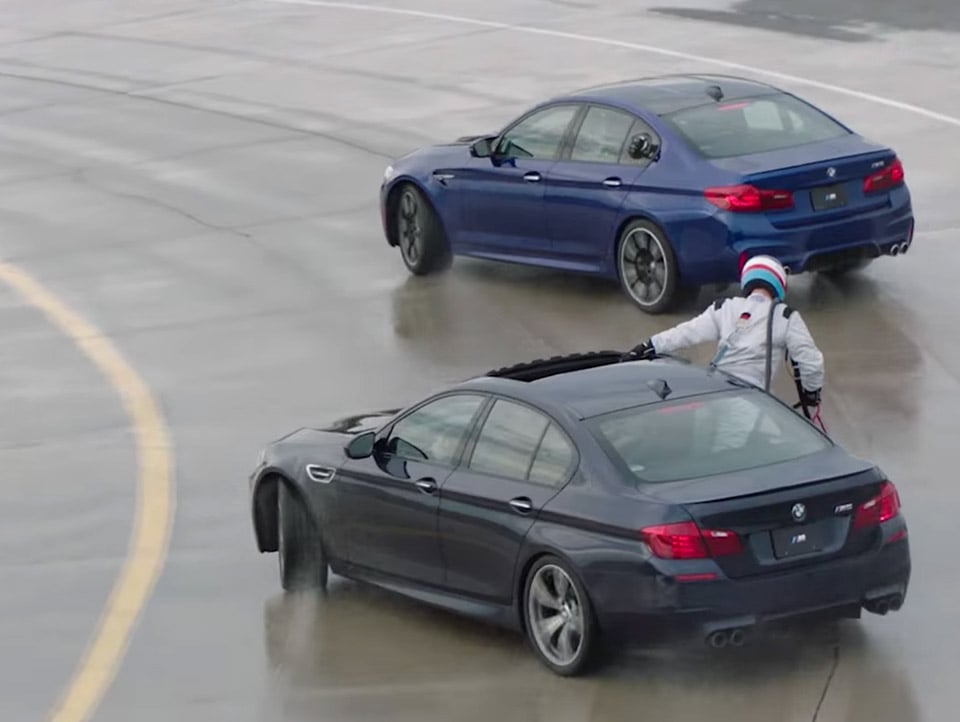 BMW is attempting to set a new world record for the longest drift ever. For the record-setting attempt, BMW will put driver Johan Schwartz behind the wheel of an M5 and set him loose on the Nürburgring for a drift they hope will last an incredible 8 hours.

While the folks at Guinness World Records would let BMW put in a larger fuel tank or even stop to refuel and still grab the record, but BMW decided to go full “hold my beer” and is planning to try and perform car-to-car refueling, so the drift can continue without the need to stop at all.

The video shows the practice for the run that has one dude hanging out the window as the two cars perform simultaneous drifts and trying to cram a fueling device into the drift car’s tank. It’s a completely crazy stunt, and deserves some kind of award of its own.

You can check out a POV video of the refueling approach below:

An 8-hour drift without stopping to refuel? 🏎😳 @BMWUSA drivers @JohanCSchwartz + Matt Mullins teamed up in hopes of making history. Tune in this Wednesday to see what went down. 🏁#M5Drift #GoProHERO6 pic.twitter.com/Qk9XvhL6e7