Sylvain Belanger did an unusual engine swap on his S2000. He didn’t shoehorn in a LS V8 or a Ford 5.0, rather this guy crammed in a pair of 2017 Volt batteries and one of the motors from a Tesla Model S P100D. The result is an EV roadster that looks as if it was meant to have electric power from the factory.

Last year, a Tesla managed the same feat in 10.72 seconds. Keep in mind that the Honda is rear-wheel drive, compared to the Tesla’s all-wheel drivetrain. Chances are the Honda has a big weight advantage though. Sadly, we don’t have any footage of the feat, but Sylvain posted his time tickets from Québec’s Napierville Dragway as evidence: 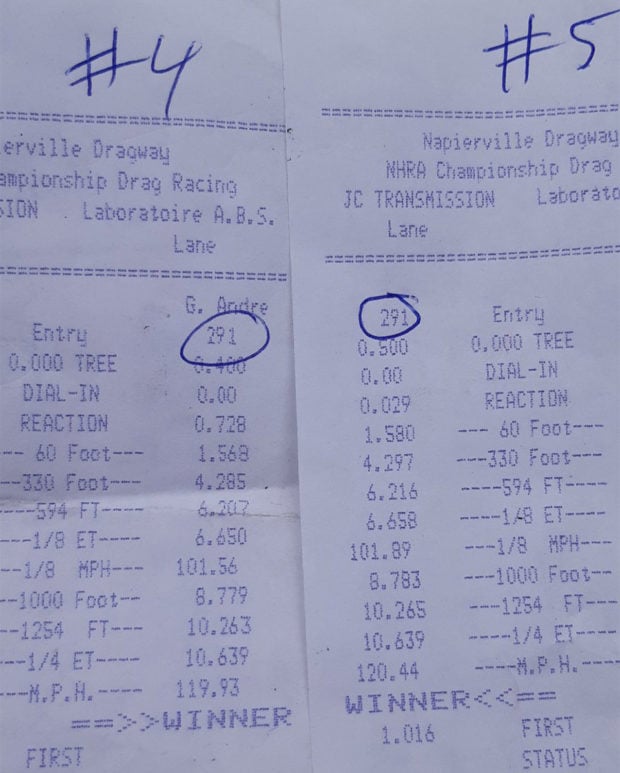 It’s not clear how far this thing can drive on a charge or how long a recharge takes. I want to know how well it handles on a road course now.