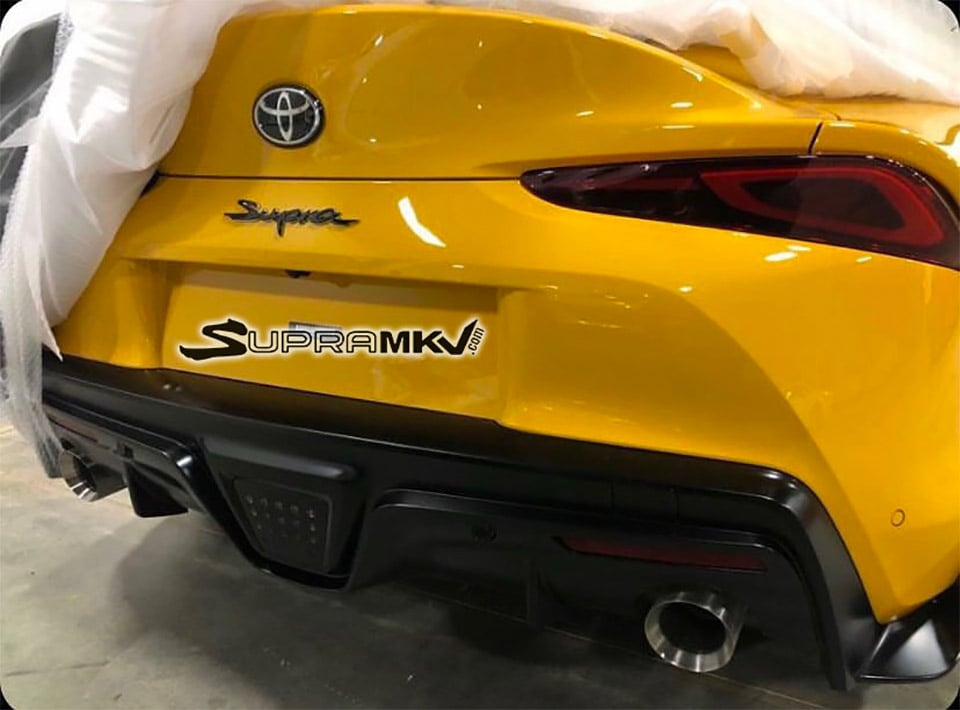 Like many car enthusiasts out there, I have been excited about the rebirth of the Toyota Supra. I was more than a little bummed when pricing of fraternal twin BMW Z4 was rumored to be so high, so there’s a good chance the Supra will be more expensive than many care to spend. Still, the V6 exhaust note certainly sounds the business.

A new spy shot has turned up on the SupraMKV forums that’s claimed to be the undisguised rear end of a near-production prototype, and it looks very good. You can see a molded-in ducktail spoiler, slick looking rear valance, and attractive tail lights. That’s about all the image gives up. Fortunately, we won’t have to wait too much longer to see Toyota’s “worst kept secret” in all its glory. The car will make its official debut at the 2019 NAIAS in Detroit in early January.